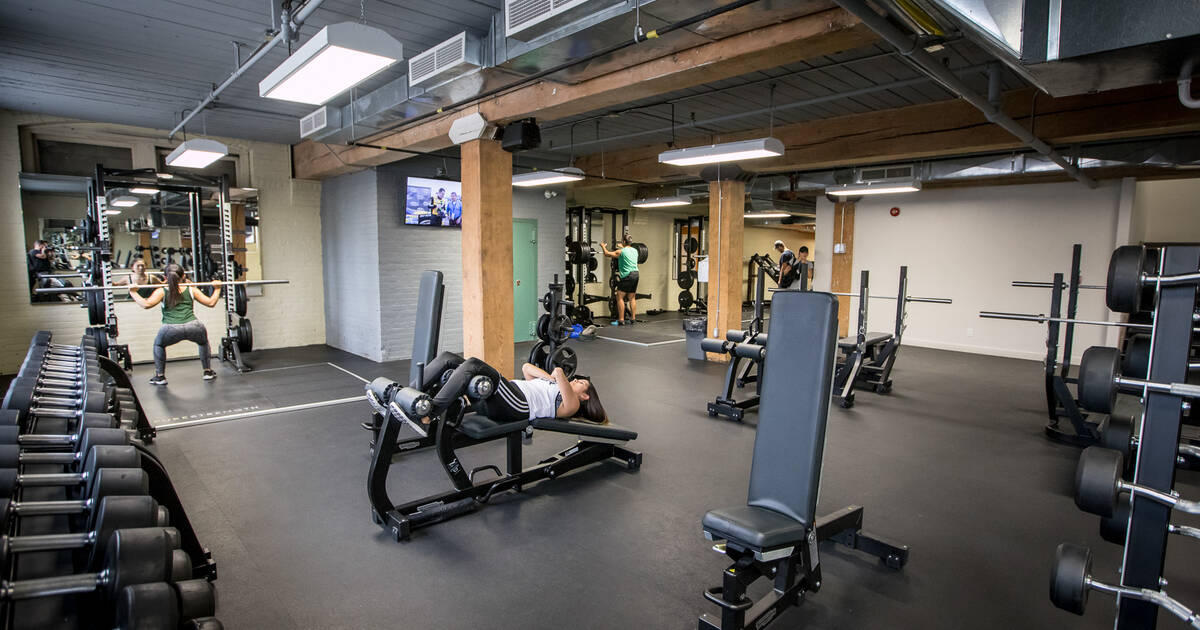 A location of a popular gym chain in Toronto has been locked out by the landlord after failing to pay rent.

A sign on the door of Hone Fitness at Queen and Carlaw  reveals that the gym currently owes $109,652, plus costs, in late rent. 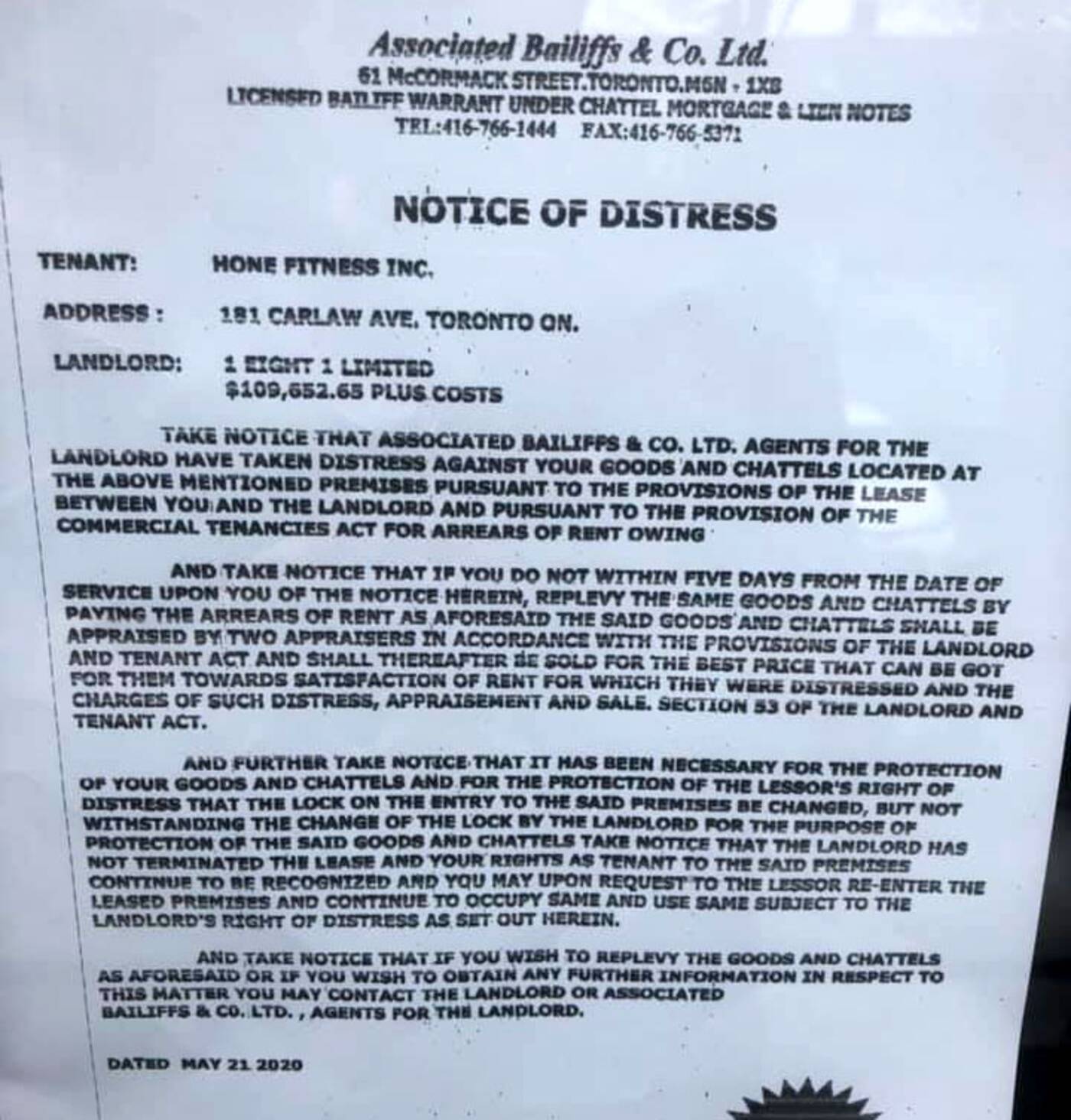 The Notice of Distress posted to Hone Fitness on Carlaw. Photo by Kent Keilback.

According to the Notice of Distress handed out by a legal representative of the landlord, 1 Eight 1 Limited, Hone had until May 26 to pay or else have all the property inside seized by the landlord.

The lock has been changed and said "goods and chattels" have since been seized.

Leslieville locals have taken to Facebook to lament the closure of their local budget gym, which was one of the first Hone outposts following the brand's launch on Isabelle Street.

The rest of the chain's six locations remain closed, with no news as to when they'll be allowed to reopen in Toronto.