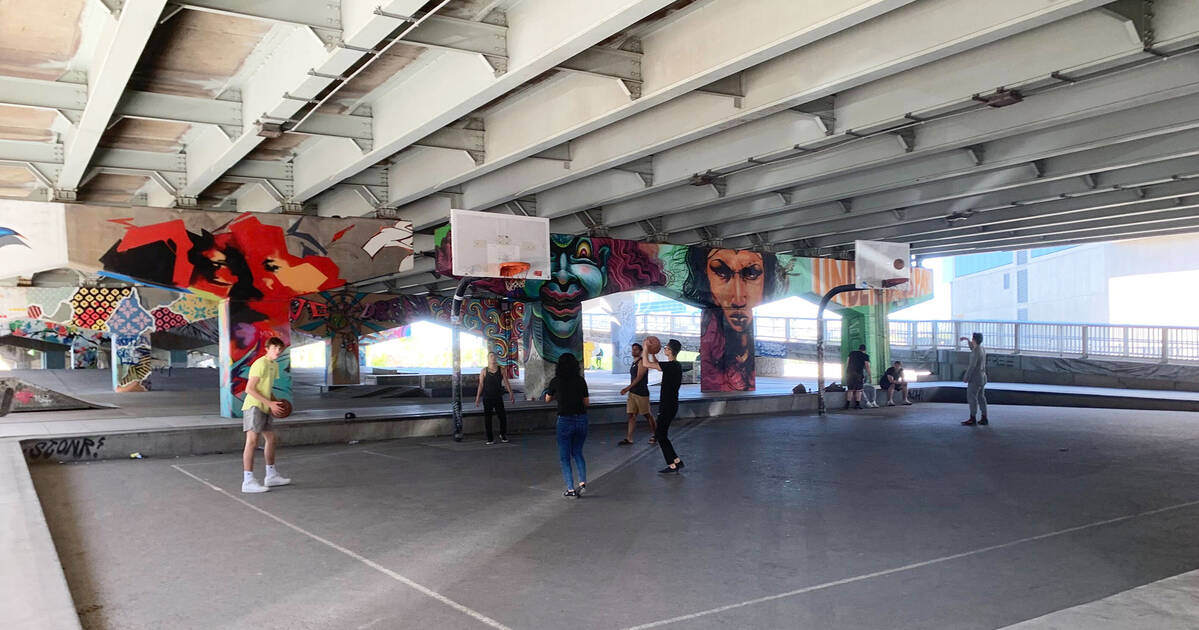 Basketball courts and skateparks may not be fully open in Toronto until this weekend, but it seems the weather's just too nice to resist.

The City of Toronto announced yesterday that over 850 park amenities are reopening to the public and the news came right in time for a stretch of sunny skies.

Fourteen skateboard parks opened yesterday, and all 150 basketball courts are scheduled to open this weekend, along with picnic shelters, 300 baseball diamonds and 300 outdoor fields.

Crowds of people hit up public spots like Underpass Park to take advantage of their new freedom.

People are back playing basketball at Underpass Park in Toronto #Toronto pic.twitter.com/XtMSc7OX5m

This weekend will likely see people at some of Toronto's most popular basketball courts like the Waterfront Neighbourhood Centre and Christie Pits Park to play a game of pick-up.

Basketballs games are being limited to one-on-ones right now, said Mayor John Tory, which is a bit confusing, since he also said team sports are banned unless it's with members of the same household.

As usual, enforcement officers will be patrolling parks this weekend to make sure measures are being followed.