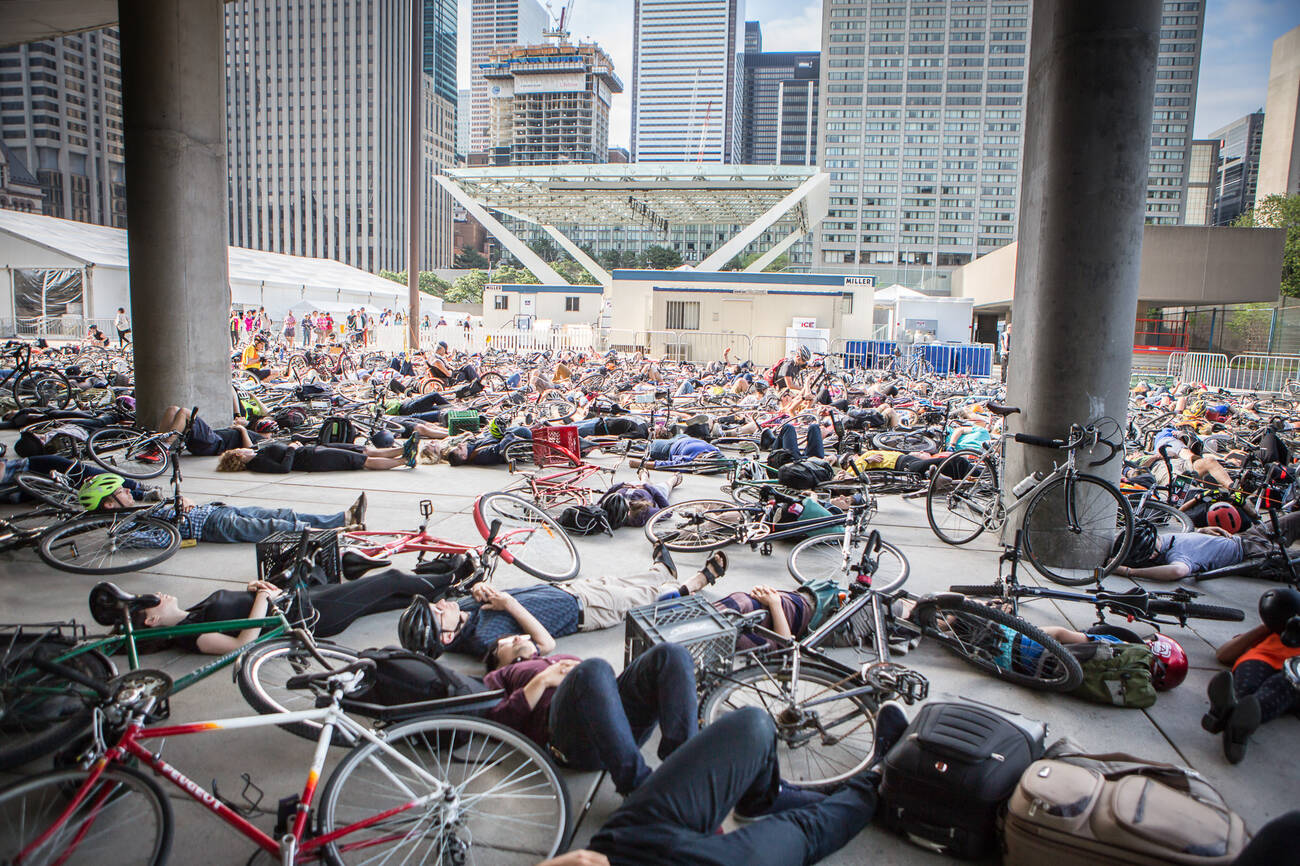 Events in Toronto this week may be emotional for some. Lorde is dropping by for a night of melodrama, while Nathan Phillips Square will see a die-in for safer streets. Also, get the tissues readyÂ for when the JaysÂ honour the late Roy Halladay.

Die-In for Safe Streets (March 26 @ Nathan Phillips Square)
A demonstration to rise awareness for traffic-related deaths in Toronto, protesters will stage a die-in at Nathan Phillips Square.
Justine Skye (March 27 @ Mod Club)
The Instagram famous singer Justine Skye is bringing her Ultraviolet Tour for a night at the Mod Club.
Mat Kearney (March 28 @ The Phoenix Concert Theatre)
Mat Kearney is embarking on his CrazyTalk Tour and making a stop in Toronto to perform with with special guest Andrew Belle.
One of a Kind Show (March 28 - April 1 @ Enercare Centre)
Artisans show off their uniquely crafted items.There's also a market place and a new section, Bonjour Quebec, fearing makers from the belle province.
Cheers, Tears and Fears (March 28 @ Glad Day Bookshop)
In support of Toronto People With AIDS Foundation, queer readers delve deep into works that moved them and help to unearth parts of their identity.
EDEN (March 28 @ The Danforth Music Hall)
This Irish singer-songwriter has been making a name for himself on the international stage and is bringing his Vertigo World Tour to Toronto for the night.
Outdoor Studio Group Exhibition (March 28 - April 8 @ Gallery 1313)
After finding inspiration from a stay in Rouge National Urban Park, five artists look to explore the connections between art, outdoor culture, and the environment.
Beyond the Valley of the Dolls (March 29 @ The Royal Cinema)
Retropath is screening Russ Meyer's film that serves as a musical satirical melodrama take on the classic Valley of the Dolls.
Lorde (March 29 @ Air Canada Centre)
Yas, queen. Lorde is here for one night to bless us with hits off last year's Melodrama album.
Toronto Blue Jays vs. New York Yankees (March 29 @ Rogers Centre)
The Jays are set to kick off the season with a home opener against the Yanks and pay tribute to the late, great ace Roy Halladay.
Spring Canadian Pet Expo (March 30 - April 1 @ International Centre)
Pet owners and lovers alike can hit up the Pet Expo featuring vendors, entertainment, and education. And you can bring you own pet baby!
BADBADNOTGOOD (March 30 @ The Danforth Music Hall)
The boys are back in town as Toronto's own instrumental hip hop, jazz, electronica trio is home to play the Danforth Music Hall.
Brewer's Backyard Celebrates Good Friday (March 30 @ Evergreen Brickworks)
Brewer’s Backyard had rounded up eight local breweries and combined them with food from FeasTO, Food Dudes, and more to celebrate the long weekend.
A Del Toro Tribute (March 31 @ Isabel Bader Theatre)
Combining circus, drag, variety, and performance art, Nerdgasm brings Del Toro-themed dreams and nightmares to life.
The Bazaar of the Bizarre (April 1 @ 6 Noble St)
This isn't your average craft show. Everything different, interesting, weird, strange, one of a kind, macabre, and whimsical is on the table—literally—and for sale.

by Lisa Power via blogTO
Posted by Arun Augustin at 5:53 AM