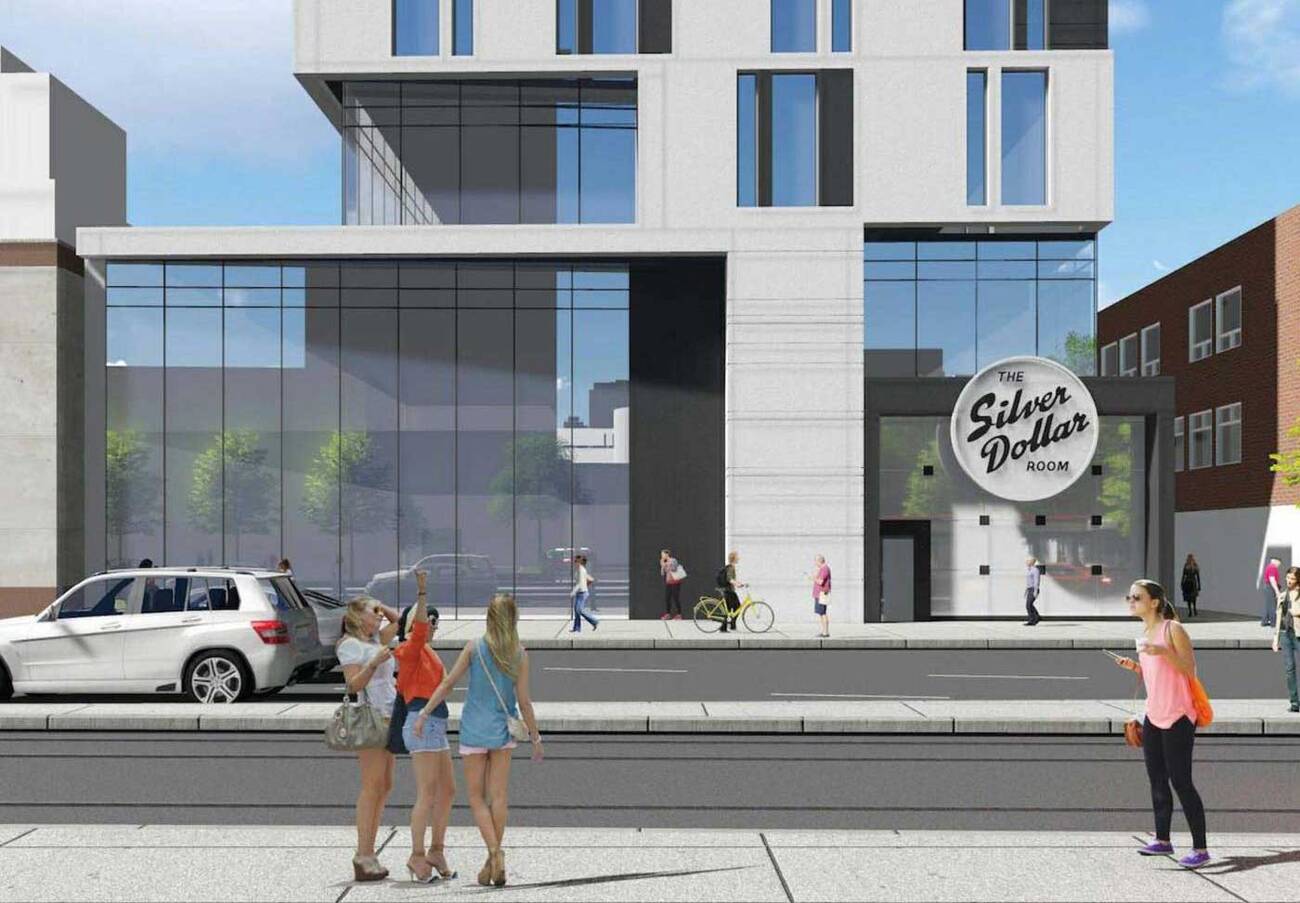 A brand new, high-end, 15-storey residential building has been approved for the northwest corner of Spadina and College, right on top of the legendary Hotel Waverly.

This much, we already knew. What we didn't know up until now was what the development would look like – or what it would be called.

Behold, "The Waverly": A 189-unit premium rental building with condo-like suite finishes and amenities, named after the almost 120-year-old building that it will eventually replace. 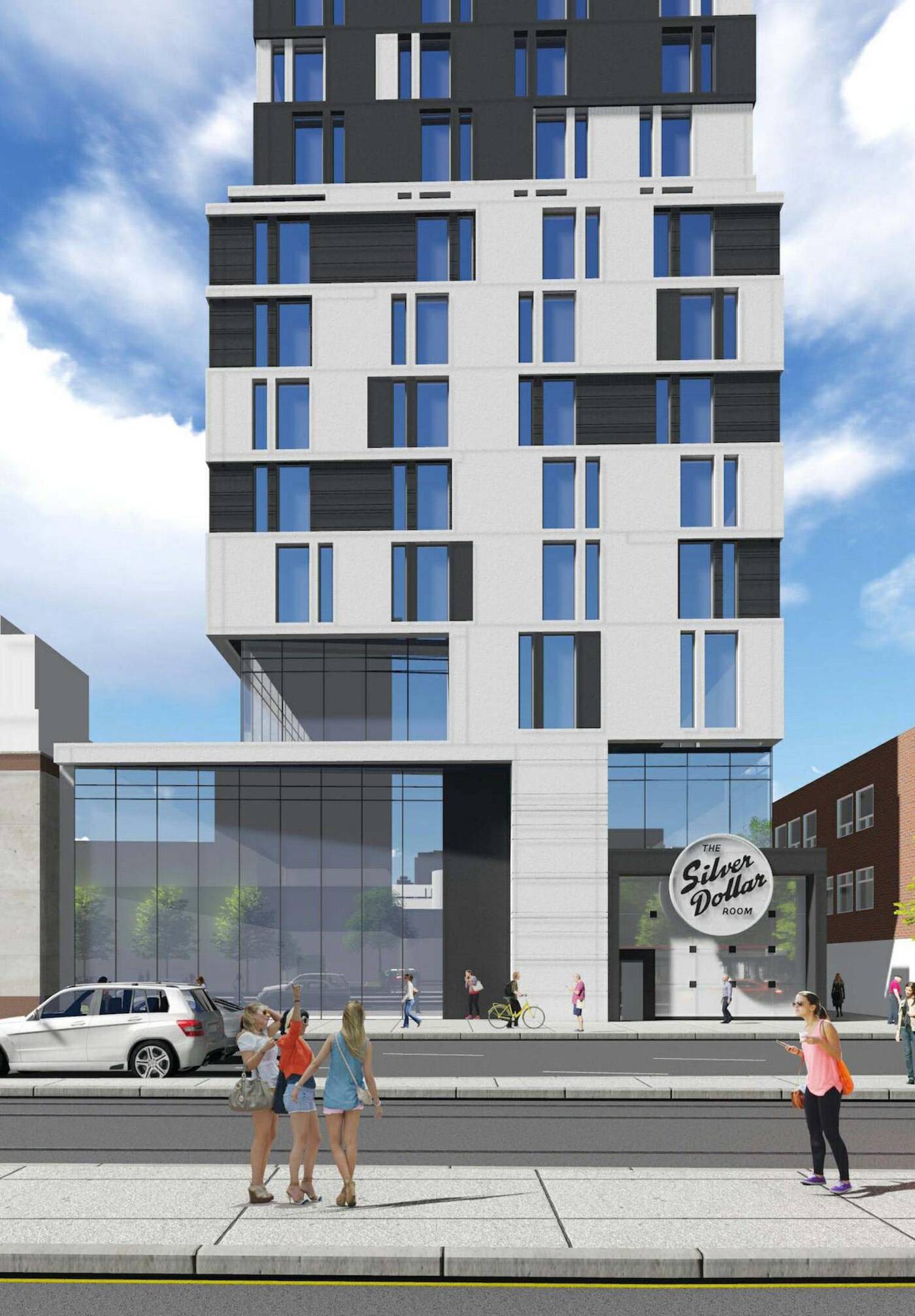 It's a nice tribute, right? Nicer than the controversial student residence once proposed for the site – and what will become of the adjoining Silver Dollar Room is even nicer.

Unlike its notoriously seedy and faded hotel counterpart, the one-time live music venue has been designated a heritage building.

Kirkor Architects paid heed to this fact while designing the most-recently submitted plan for this building by leaving space at ground level for what Urban Toronto calls "a renewed Silver Dollar Room." 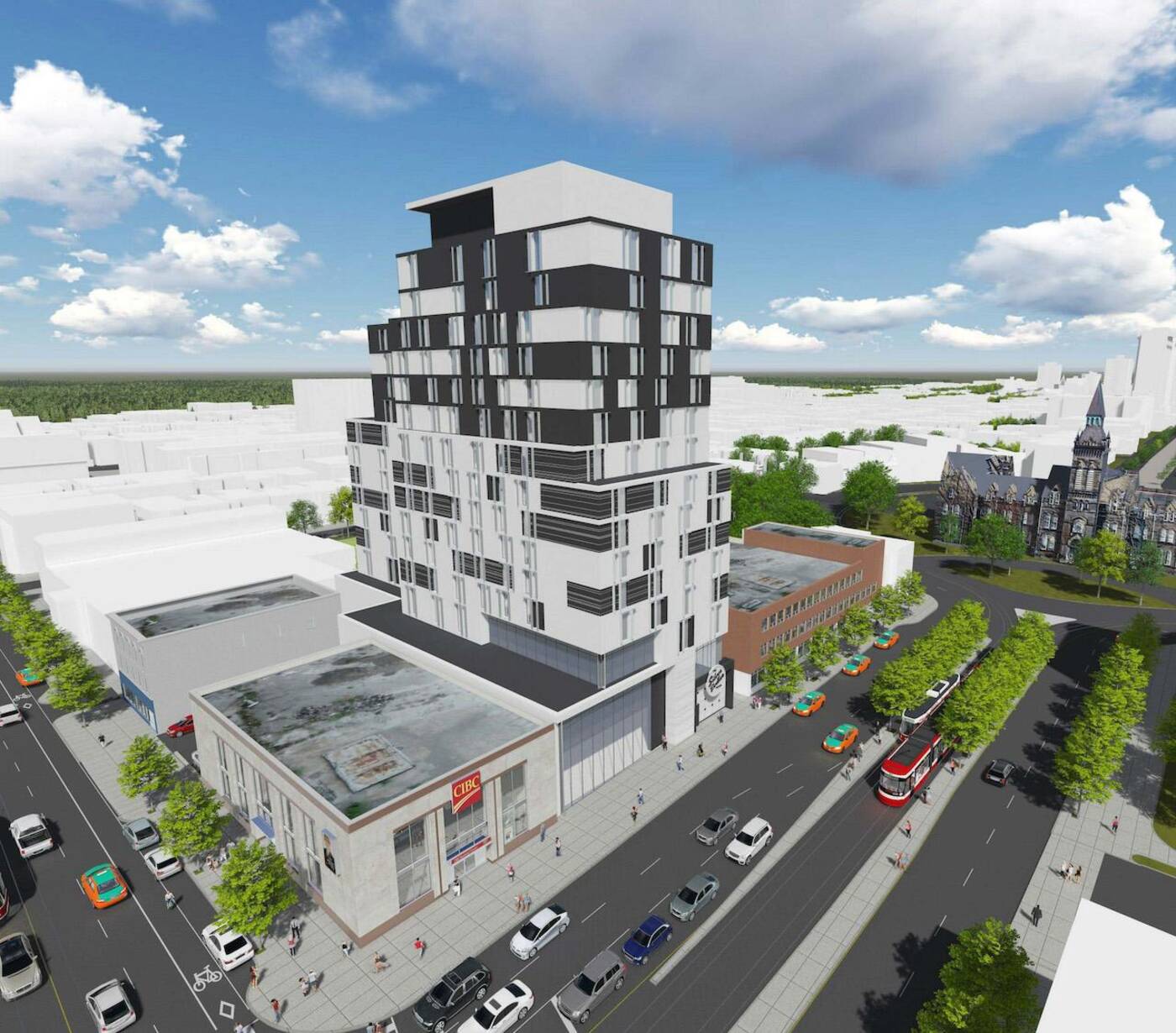 Signage for the venue, which opened in 1958, will be reinstalled on the building's Spadina frontage, "preserving the historic venue's legacy on the new building's modern face."

The new Silver Dollar room will be found adjacent to about 5,000 square feet retail and commercial space on the ground and mezzanine levels of the development.

Fitzrovia Real Estate announced just last week that it would be serving as both developer and asset manager project moving forward, though, while demolition permits have been issued, an expected completion date has yet to be announced. 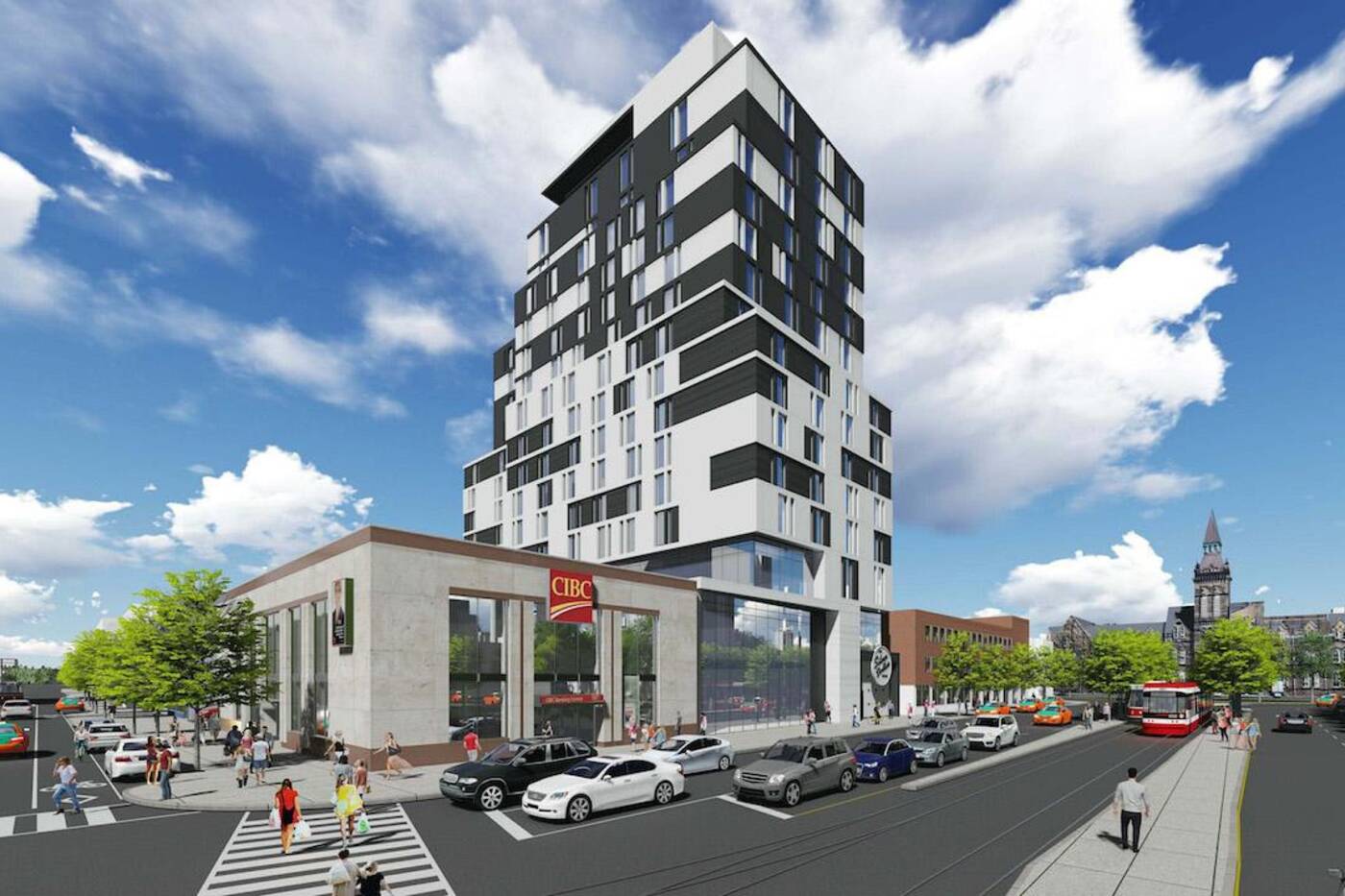