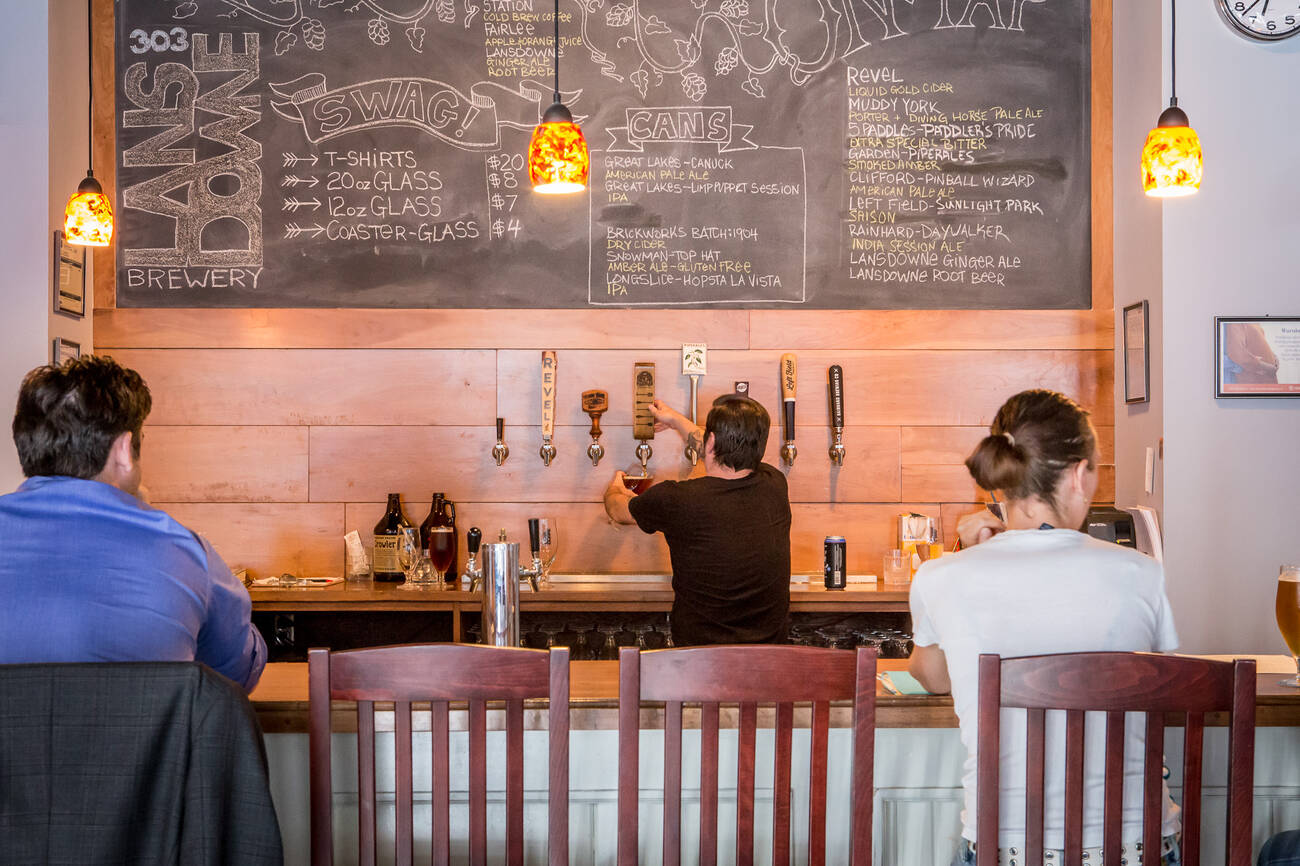 After three years of sitting on a brewhouse that never produced a single beer, Lansdowne Brewery is no more, and out of its ashes comes a new brand to take its place.

Lot 30 Brewers will officially open this May with eight of its own beers on tap, a feat that the previous restaurant could never achieve due to "a difference in business philosophies" among partners.

"Everything to do with Lansdowne Brewery is done and gone," says Lot 30 owner Darrin Earley.

Earley, who was one of the original founders of the brew-less brewery, says the space is now undergoing a complete overhaul with a fresh look and a new name.

"The focus was on licensing and getting beer going immediately, as should have been the focus all along," says Darrin. "We're so excited."

Failure to fully complete its brewery licensing application process had left Lansdowne Brewery stuck with serving beer and ciders from outside companies despite having a fully operational brewhouse on site.

New renovations to Lot 30 Brewers, which begin April 1, will see a totally revamped restaurant with not only beers on tap but also on-site canning capabilities, added booth seating and vintage wall treatments.

Lot 30 also has a new brewmaster, Anderson Sant'anna de Lima, who Earley refers to as a "rockstar brewer" due to his international experience in restaurants in New York, Miami, and New England (the inspiration behind their New England-style breakfast orange juice IPA).

Aside from other European-style beers, they'll also offers sours in flavours like raspberry and starfruit (whoa), which sound perfect for enjoying on their 36-seat patio.

Lot 30 Brewers is expected to launch officially on May 4.

by Tanya Mok via blogTO
Posted by Arun Augustin at 6:32 AM