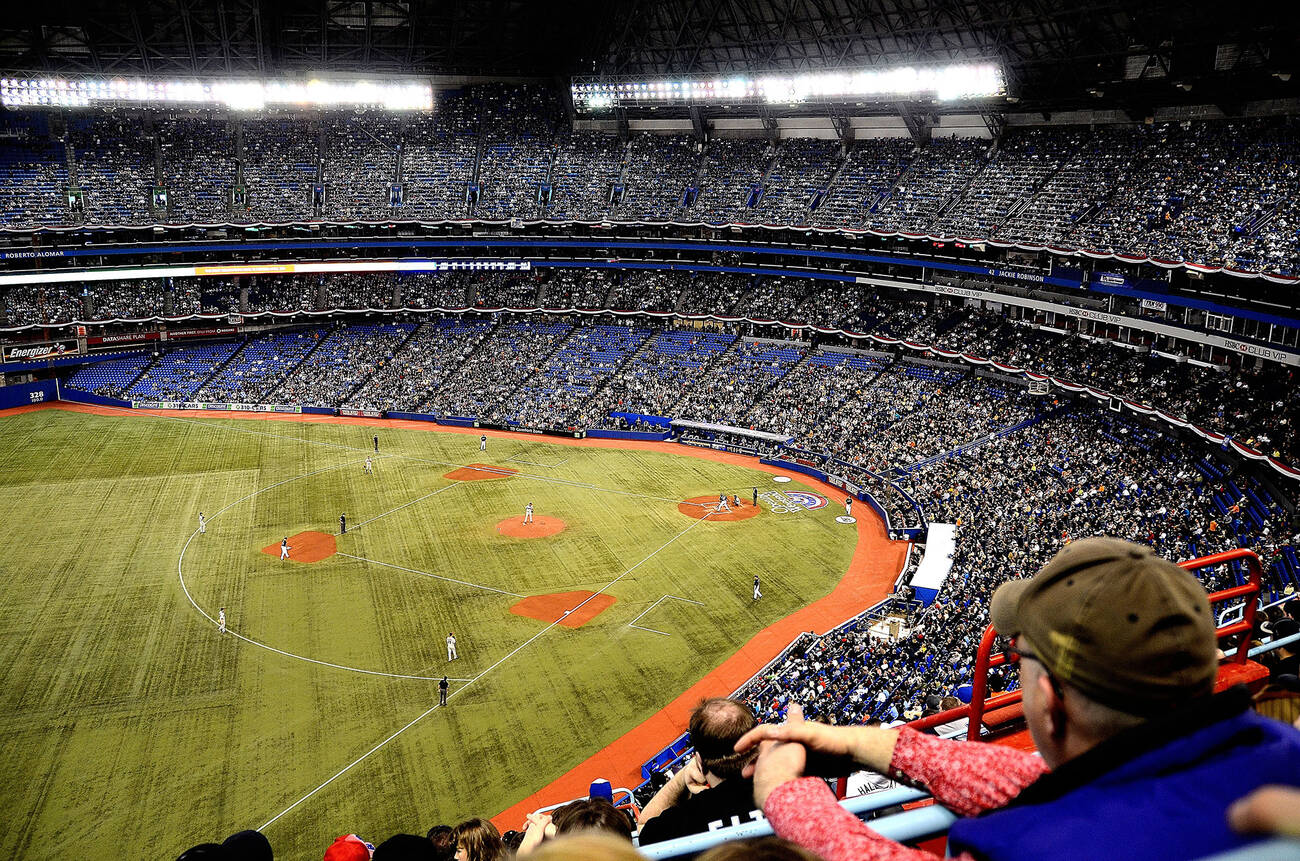 More than 20,000 tickets to this afternoon's Blue Jays home opener game were bought up by resellers almost immediately after they went on sale back in February, according to a joint report from The Toronto Star and CBC News.

Many of those tickets have since been sold to fans via online scalper websites like StubHub, SeatGeek and Vivid Seats for an average markup price of 205 per cent.

These kinds of numbers won't be legal when Ontario's new ticket bot legislation comes into effect but, until then, a lot of people are making a lot of money reselling tickets online – including The Toronto Blue Jays themselves.

44.7% of all #BlueJays home opener seats were posted for resale

Blue Jays earn cut from every ticket scalped on StubHubhttps://t.co/fMSaKQaj1N

StubHub's global head of communications, Glenn Lehrman, confirmed to both The Star and CBC that the Jays – like every other Major League Baseball Team – get "a cut of every single ticket resold" using StubHub.

Lehrman wouldn't disclose any financial details, but he did hint that the Toronto baseball team makes some serious bank this way.

Some fans are expressing anger and disappointment on Twitter today as news of the joint investigation spreads.

Others are like "Seriously, guys? This isn't a secret."

It required an investigation to show the Jays are in bed with StubHub? pic.twitter.com/Y6mZ34e9xg

The latter camp is pointing to the fact that the Blue Jays and StubHub announced a sales partnership almost a full year ago – one that both the team and ticket service have been promoting ever since.

I got an email 9 days ago from the Blue Jays announcing their partnership with StubHub, but the @TorontoStar is pretending they have some sort of a bombshell today. Woordward and Bernstein they are not. #BlueJays pic.twitter.com/L97izf8l3A

"When StubHub/Blue Jays announced an 'integration' partnership last year, I kinda just assumed it meant that the Jays would get a cut of resale revenue," wrote one fan in response to the news.

Have they not seen Stubhub ads behind home plate? Heard about how much major league teams & Stubhub work together? It's asinine.

If Stubhub "secretly" gives some of their fees to the Blue Jays instead of a) keeping it for themselves, or b) giving it to scalpers? GOOOOOOOD!

The lack of transparency still irks a lot of people, of course.

Still, as many fans note, Blue Jays tickets are still some of the cheapest in the league. In some cases, you can get them even cheaper from StubHub than from the team directly.

"On StubHub this year, you can go to 80 per cent of the games for below face value," wrote one person who uses the service regularly. "The home opener is the only sold out game right now, you can go to box office for the other 80 games."

"StubHub allows for much cheaper pricing for less demand games."

In general, most people seem ticked about the fact that the Blue Jays are making money off of resold tickets – and particularly that they're keeping it on the low –  but few are actually scandalized.

"Ticket sales is a shaaaady af business," as one fan put it. "This barely surprises me."

by Lauren O'Neil via blogTO
Posted by Arun Augustin at 10:02 AM