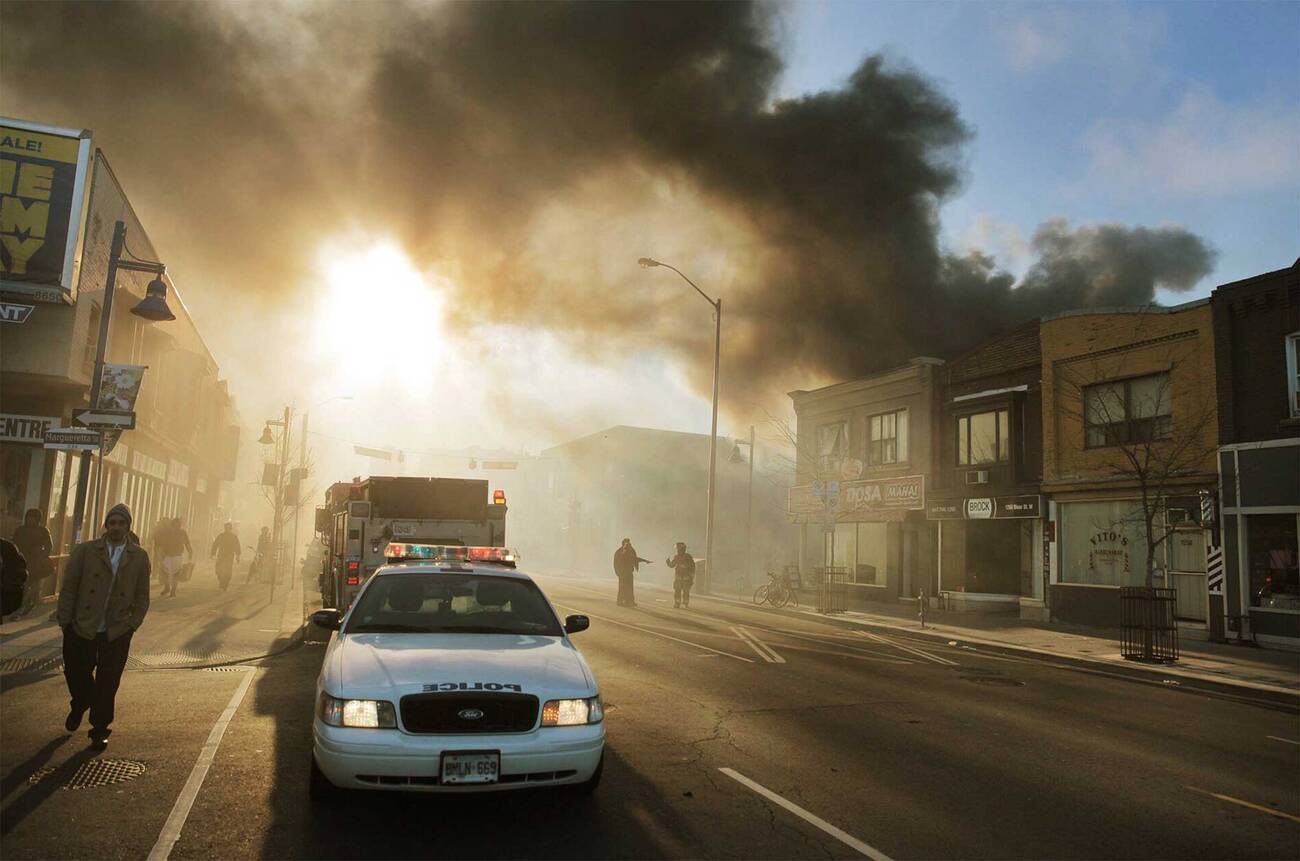 Toronto Police are investigating the cause of a fire that engulfed a two-storey building in Bloordale last night.

The three-alarm blaze was reported at 6 p.m., which broke out inside Brock Sandwich, and took Toronto Fire around two hours to the extinguish fire.

Employees of the sandwich shop were forced to evacuate the building, along with residents of the upstairs unit.

Neighbouring Vito's Barber was also affected as was Dosa Mahal, a popular South Indian restaurant, which was forced to evacuate its customers and employees.

UPDATE: Fire has been extinguished. @BrockSandwich and Vito’s Barber seem most affected. Thankfully, it appears there have been no reported injuries. Thank you to the entire emergency team @TPSOperations @TorontoMedics @Toronto_Fire for your diligent response #DavenportTO pic.twitter.com/AzpmkNWSHA

No injuries were reported following the accident.

This is horrendous. Just a few weeks ago, my niece, nephew, mother, and I were deciding whether to go to Banjara or South Indian Dosa Mahal. Now both have had serious fires in just a couple of days. https://t.co/T1CurXW6WI

This is the second fire to force several restaurant evacuations in two days.

Friend was there when it started, seems a fire started upstairs and filled the shop with smoke and everyone had to run outside

Just yesterday, Christie Pit's Banjara went up in flames, reportedly due to a kitchen fire that escalated into full-blown blaze, sending one firefighter to the hospital.