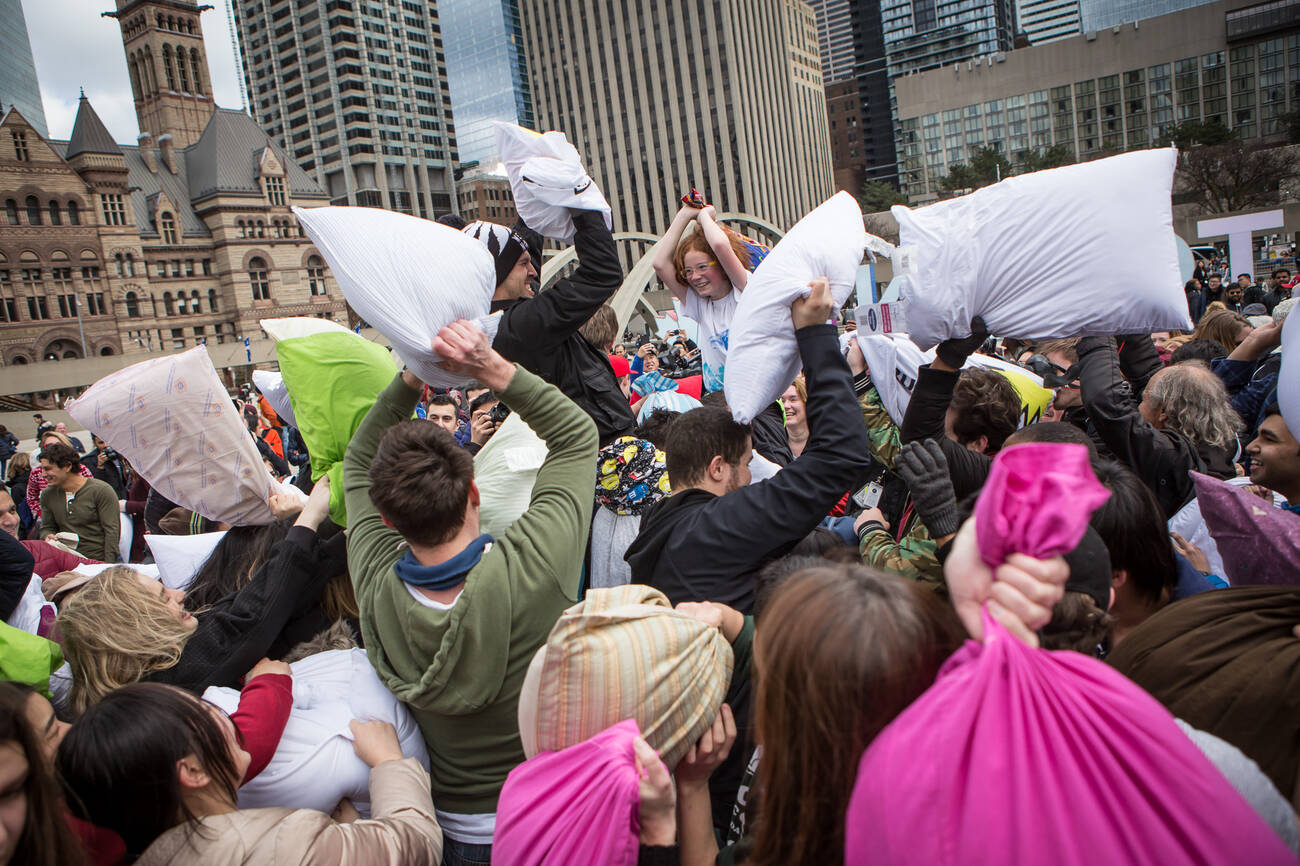 The annual urban pillow fight that started a global movement will henceforth be a part of Toronto's past – but only because the future's so bright.

"There's a lot of incredible stuff going on in Toronto now," says Kevin Bracken, who co-founded Pillow Fight Day with Lori Kufner in 2005 as part of their urban arts collective Newmindspace.

"The fact that there's not a pillow fight happening does not make Toronto any less of a city," he said by phone. "The landscape of events in this city is more vibrant now than it has ever been before."

True as this may be, the city and its needs have also changed quite a bit over the past 13 years. 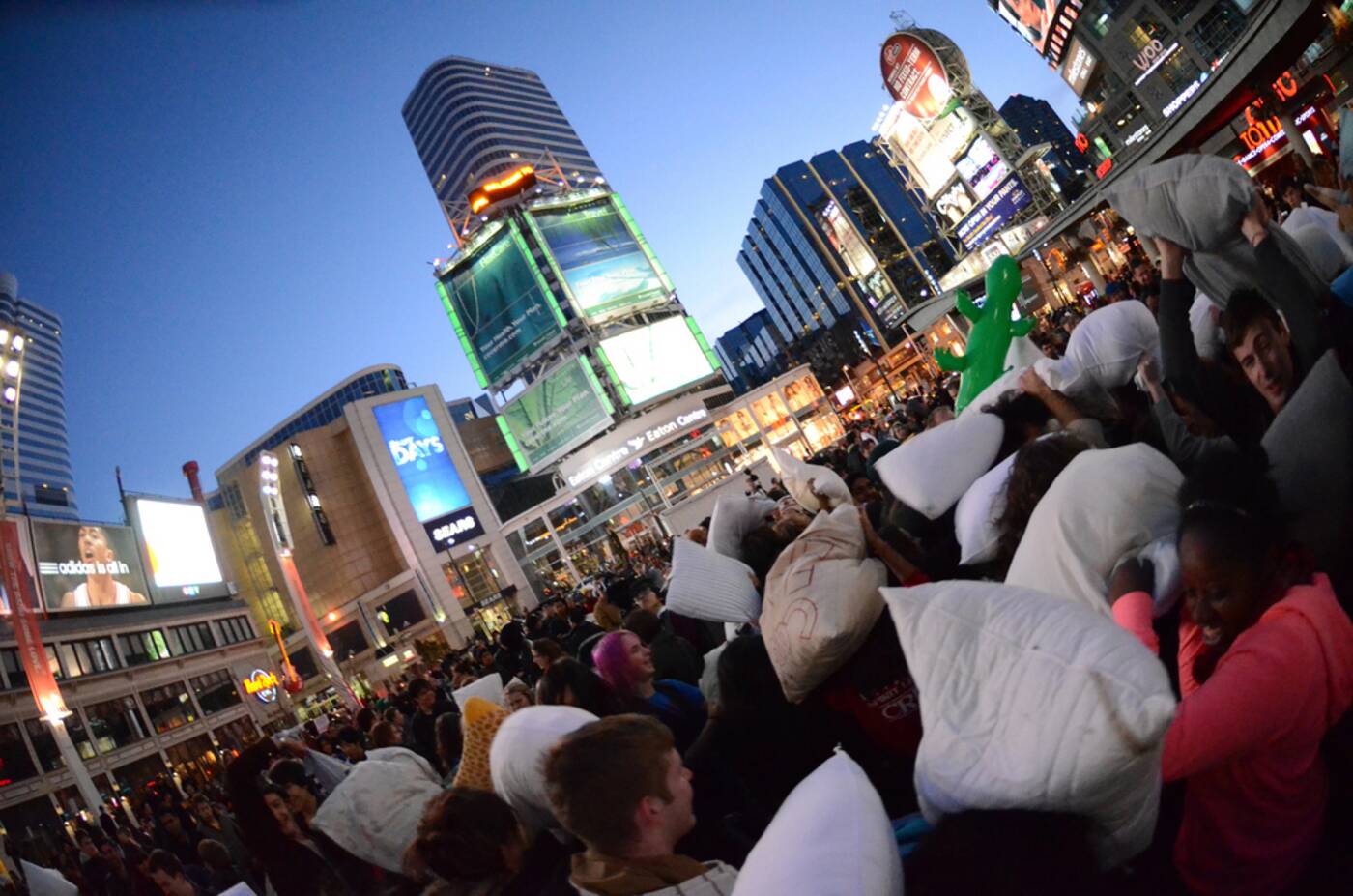 Pillow Fight Day in 2011 at Yonge-Dundas Square. Photo by chewie~ via Flickr.

Bracken and Kufner started Newmindspace (which is also behind those giant light saber battles, streetcar parties, mass blanket forts and more) as a way of reclaiming public space, specifically for the purpose of play.

"The idea with Newmindpsace was to take our favourite childhood activities, remove them from the suburbs, bring it into an urban space and invite thousands of people," said Bracken, pointing to the work of scholars like Hakim Bey and Jane Jacobs.

"When we started [in 2005], we weren't even old enough to drink," he laughed noting that at the time they were "very much tied into the Toronto public space committee" and other types of "soft activism born in the era of David Miller as mayor." 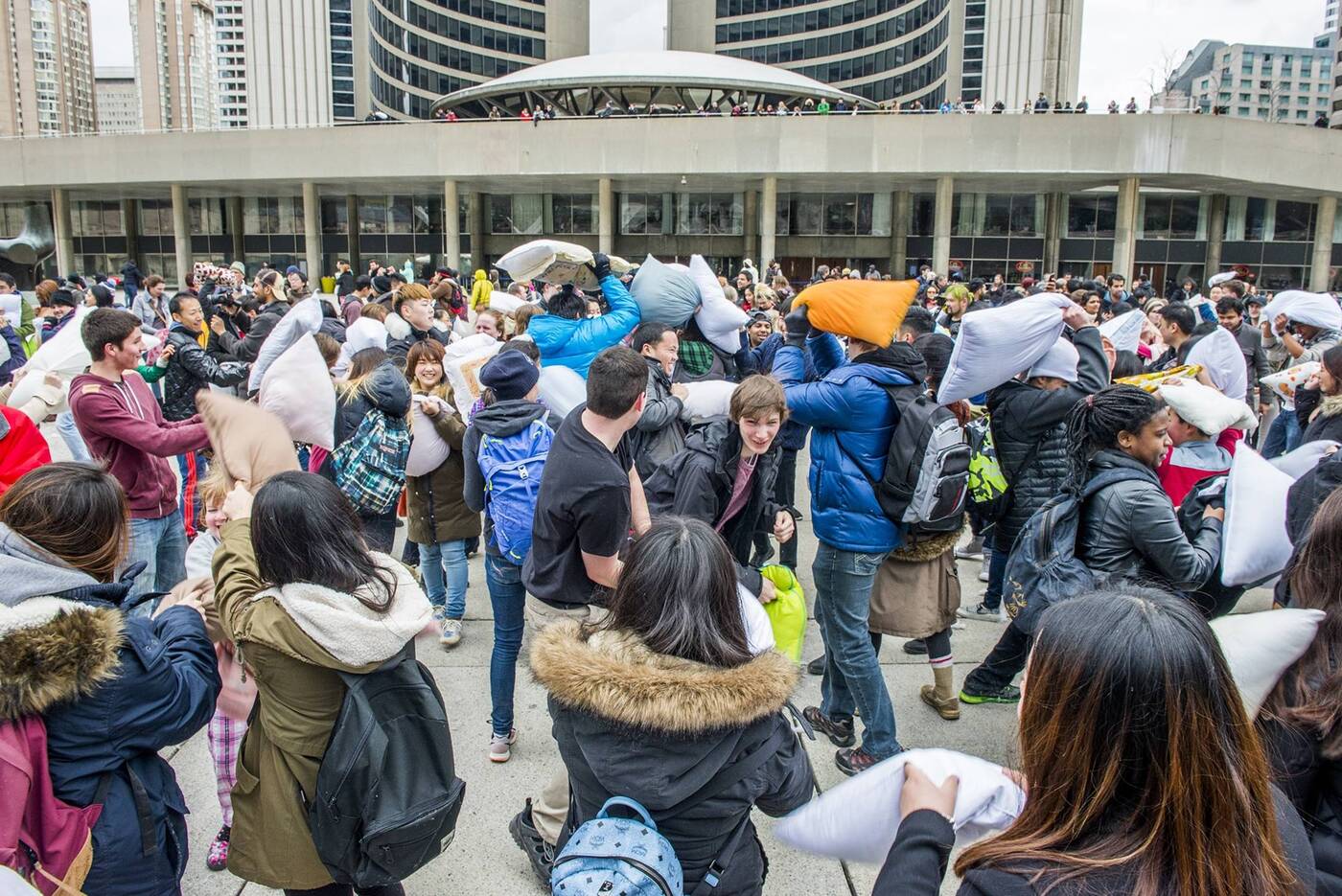 By 2007, Pillow Fight Day had spread to more than 200 cities around the world, largely due to Bracken's own recruitment activities.

"I reached out to anyone doing anything kind of wacky in their own cities — flash mobs, improv everywhere style stunts" he said. "I emailed them individually and asked them to join us for International Pillow Fight Day."

Newmindspace still owns the main URL used to organize and track these events around the world, but as of 2018, Toronto won't be participating.

"It would be cool if somebody was like 'I wanna take this on'," says Bracken, but for him, the pillow fight "was very much appropriate to the era." 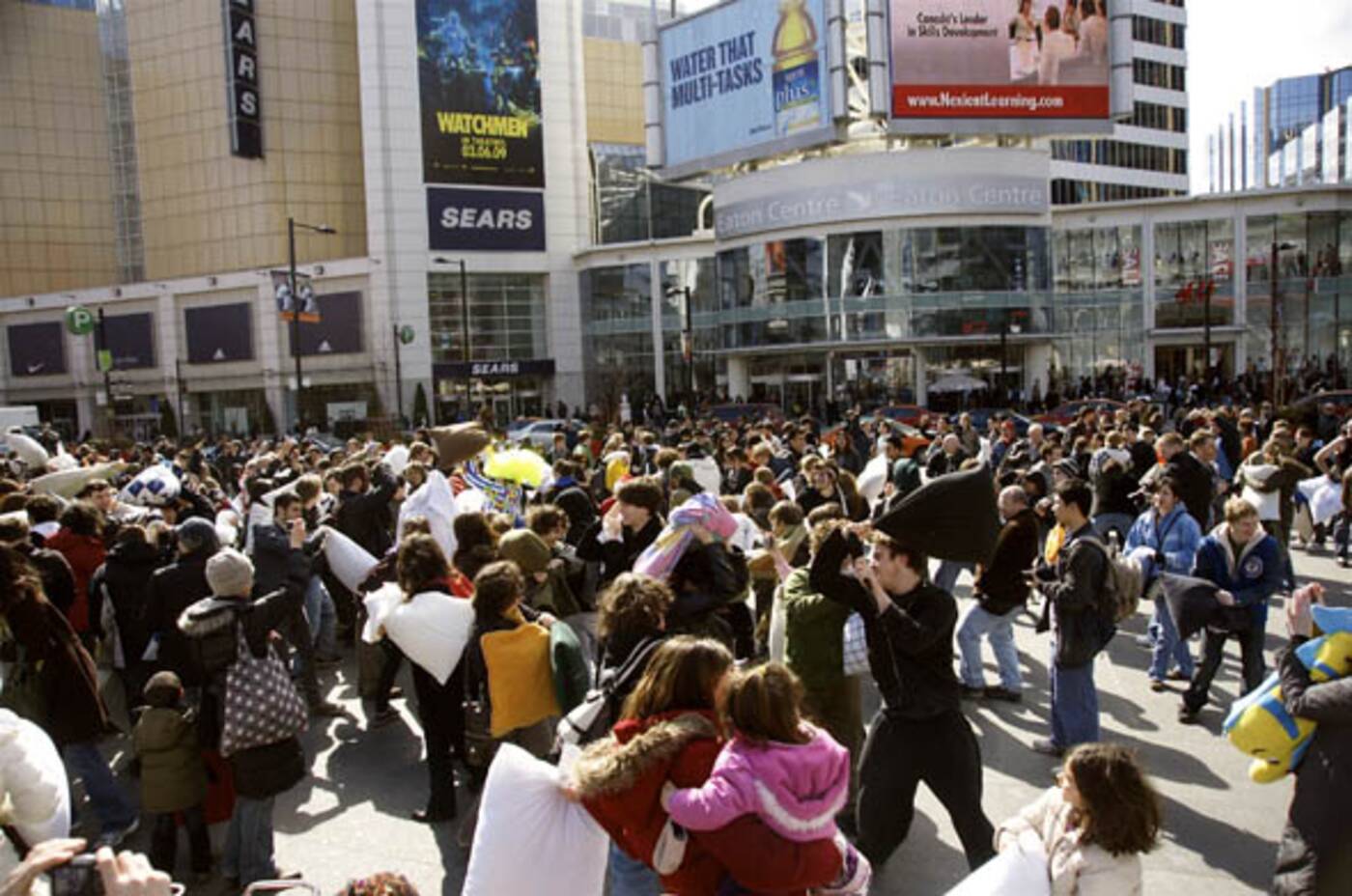 "That era is just a bygone memory," he explained. "Lori and I find ourselves with new passions."

For Kufner, that means working with youth through The TRIP! Project, an organization that provides harm reduction strategies and health services to young people in Toronto.

For Bracken, it's a gigantic, metal, fire-breathing dragon.

As co-lead of Heavy Meta, he spends his days touring North America and building crazy cool stuff with help from a team of about 50 people at their Dupont and Ossington workshop.

They've taken the fire-breathing art car to 18 different events across North America since June of last year, including a recent stint at Casa Loma.

Next weekend they'll be at a music festival in Vermont, shooting fire from a ski mountain with a 15,000 watt sound system blaring in the background.

Any pillow fight, no matter how noble, seems totally lame in comparison to that.

by Lauren O'Neil via blogTO
Posted by Arun Augustin at 11:57 AM