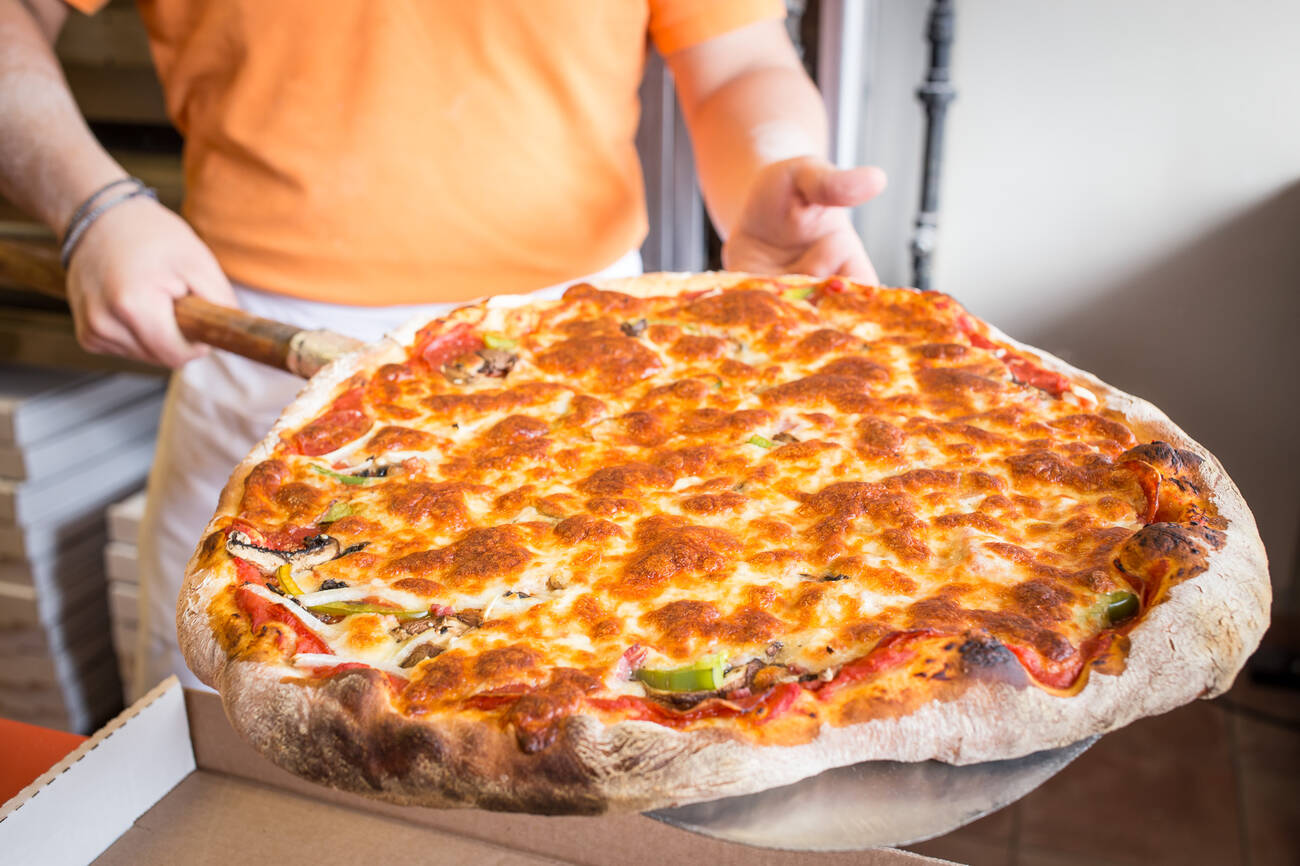 The top old school pizza in Toronto come from longstanding institutions that have been slinging out slices of cheesy goodness for decades. In the face of countless gourmet pizzerias opening up around the city, these tried-and-true spots continue to do their thing.

Here are picks for the top old school pizza in Toronto.

The much-loved orange countertops of this longtime restaurant by Donlands has been serving up whole pizzas since 1964. Unlike other spots, all toppings go under the cheese, except for the tomatoes, which rest on top of gooey cheese. The result: puffy, chewy deliciousness.

This Junction staple has been around since 1957, claiming the title of Toronto's first and oldest pizza parlour. Bringing over New York-style pizza to Toronto, Dominic Pugliese and his brothers introduced the city to delicious Italian meals and pies that remain a hit to this day.

Thick crust pizzas are the consistent draw at this restaurant near Dufferin and Glencairn. Prices have definitely risen significantly since 1958, but regulars still love the option to create a custom pizza with dough that's made in-house daily.

It's nothing but pepperoni pizzas at this tiny pizzeria in Little Italy. Though the interior of this place has remained relatively unchanged since the late 60s, the spot still boasts pretty cheap prices for massive slices of old school pizza topped with delicious tomato sauce.

This family-run spot in Scarborough is takeout only. Started by Elias Mihail and now run by his son George, this plaza restaurant is decked out in old timey kitschy decor and sells enormous slices of greasy pizza.

Thin crust pizzas are the specialty at this surprisingly big spot just south of Eglinton and Oakwood. Open in 1974, these crispy pies are affordable and come topped with a homemade tomato sauce that are great for delivery and pickup.

Run by the same family since 1957, this Etobicoke restaurant has for years been a place for group gatherings itching for classic Italian meals. Pizzas are huge and fresh; getting these delivered are highly recommended, but make sure to reheat at home for ideal crispiness.

They may be better known for their huge calzones, but this Corso Italia restaurant has also been doing delicious handmade pizzas since 1965; with a fun, family-friendly environment, this spot is a classic.

Expect lots of medium crust pies with loads of toppings at this restaurant in Etobicoke, established in 1963. Flavourful pizzas covered with cheesy goodness make this spot a popular west end institution.

The owners of this Danforth mainstay have upgraded the ovens of this restaurant, which has been open since 1966. This spot's now been upgraded into a full menu for a sit down experience, with customizable pies plus over 65 pre-designed pies.

by Tanya Mok via blogTO
Posted by Arun Augustin at 7:32 AM