Toronto hotels are now against the King St. pilot project 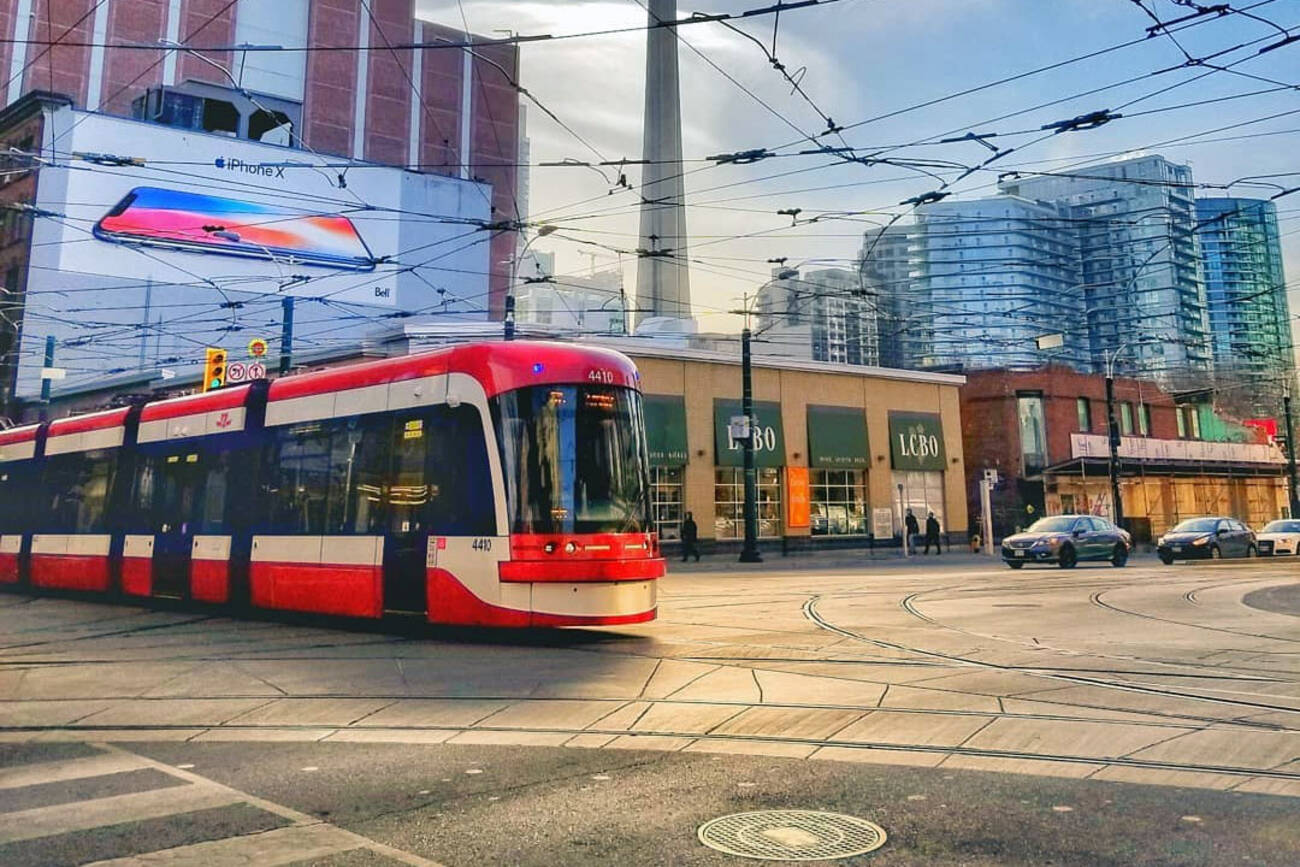 The contentious King Street streetcars are facing a new wave of criticism this week after a relatively chill and undramatic month between Bathurst and Jarvis Streets.

Last we heard, support for the project – which restricts car traffic on King Street in favour of getting some 65,000 commuters through the downtown core more reliably – was slightly down, despite the release of data touting the pilot's quick success.

Protests along restaurant row have slowed down too, however, save for a game of road hockey here or there – but this doesn't mean that local business owners are finally cool with the changes.

Do I need to go to each of these restos and tell them with poster boards why rush-hour-only restrictions will be ignored like the last time we tried them and King St will return to being terrible? #TOpoli #KingStreetPilot https://t.co/H0zcjEuKf3

More than 50 different businesses in the pilot area are now asking City Council to modify the rules of the King Street Transit Pilot in an attempt to recover some of the economic losses they say are being suffered.

Among the heavy hitters listed on a letter requesting the modifications are Shopper's Drug Mart, the Hyatt Regency, and the Thompson Hotel.

This letter, released yesterday by the Ontario Restaurant Hotel & Motel Association (ORHMA) suggests that the pilot remain exactly how it is from 7 a.m until 7 p.m on weekdays.

The rest of the time, the group asks that through restrictions are removed, that taxis be allowed to use King Street regularly, and that parking options be made available for people with accessibility permits.

King St. restaurateur Fred Luk has issued a letter "fact checking" the TTC's streetcar pilot project, says transit improvements are "modest" and merely the result of more streetcars being added to King. More than 50 businesses' names are on the letter. pic.twitter.com/PBFHxwMUuU

The letter also provides a set of what the group says are facts, based on a review by Ryerson University professor Murtaza Haider.

Haider's review claims that transit ridership has seen a "marginal" increase at best and that eastbound morning commute times have actually been longer since the project was rolled out in November.

It also claims that reservations are down by 21 per cent in the area, year over year, and that people with mobility challenges are being left out.

.@ORHMA claims to speak for 1500 employees. That’s interesting, when did a lobby group representing restauranteurs with multiple shops in a high rent area also become a labour union? #KingStreetPilot #TOPoli

The TTC does not endorse Haider's assessment.

"We have both the numbers — improved travel times and reliability, and increased ridership — and the anecdotal feedback from our customers, to call the pilot a success to this point," said TTC spokesperson Stuart Green in a statement responding to the letter.

Shoppers Drug Mart, meanwhile, doesn't endorse its name even being used as part of the letter.

"A spokesperson for Shopper's Drug Mart says the owner of the King location 'has not provided support for the revised proposal nor did she approve the use of the SDM logo on the material.'"