Beware of Doug signs pop up around Toronto 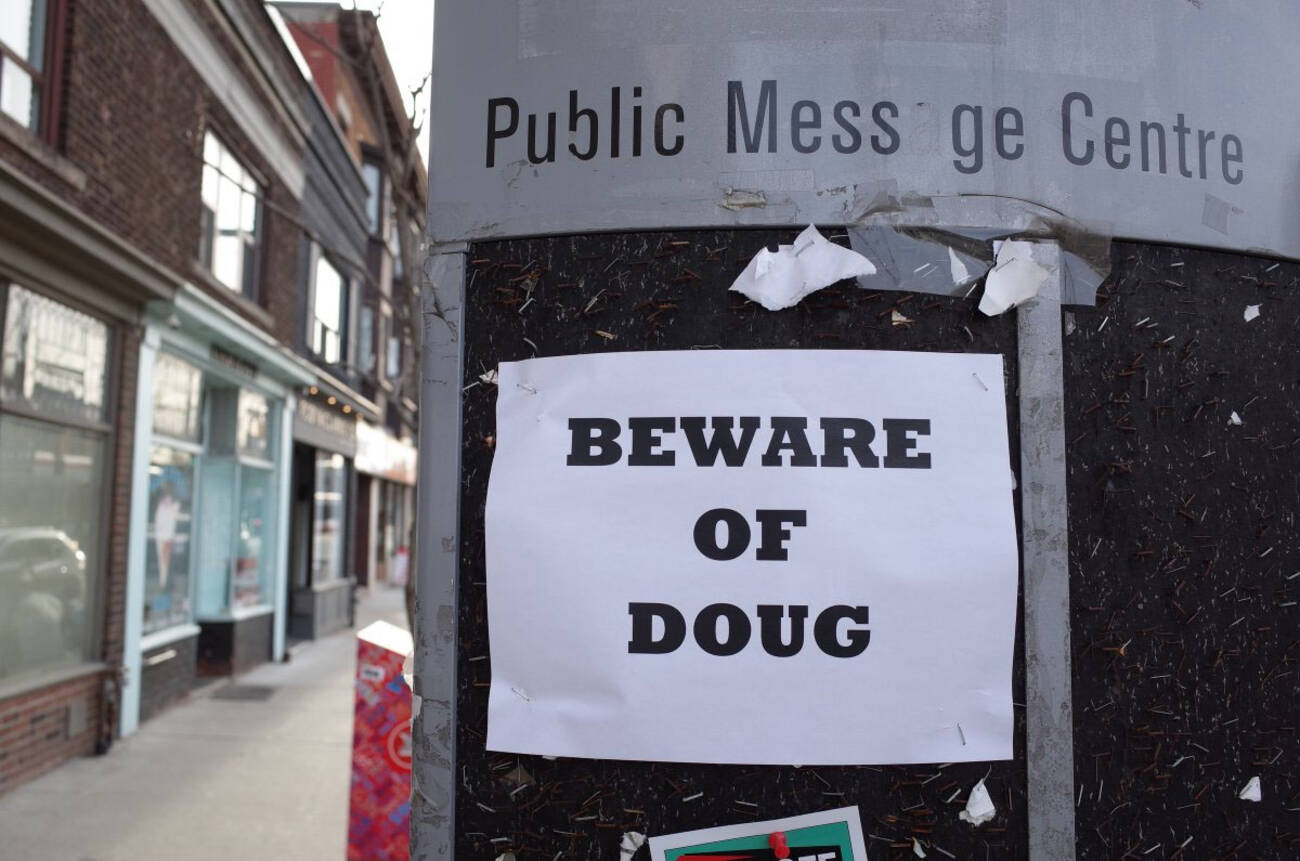 More unexplained, anonymously-posted signs are appearing on hydro poles and bulletin boards around Toronto today, which means that photos of them are also starting to flow through Instagram.

I'm telling you – if you want to capture the public's attention, you've got to go analog.

"BEWARE OF DOUG" read the signs, which are simple white pieces of paper with with black text in a forceful Rockwell Extra Bold font.

The message is either an ode to Gary Larson's syndicated newspaper comic, The Far Side, or a warning to watch out for Ontario PC Party leader and aspiring Premier Doug Ford.

Most who've seen the photos online are interpreting it as the latter or combining the two.

All of Ontario needs to be very careful. Toronto has had the experience of bully Doug. #BewareOfDoug pic.twitter.com/orxiK2s1ba

So far, people have spotted the signs at Broadview and Gerrard, on St. Clair West, and on Wells Hill Avenue.

Meanwhile, The New York Times just published an article calling Ford "a tin-pot northern Trump" – and they're far from the first to make that comparison.

Still, with Ford leading in the polls, Facebook is starting to fill with chatter of strategic voting. Whether or not he'll win the election remains to be seen, but I'm certain we'll see more signs like this around town before June 7.

by Lauren O'Neil via blogTO
Posted by Arun Augustin at 4:47 PM