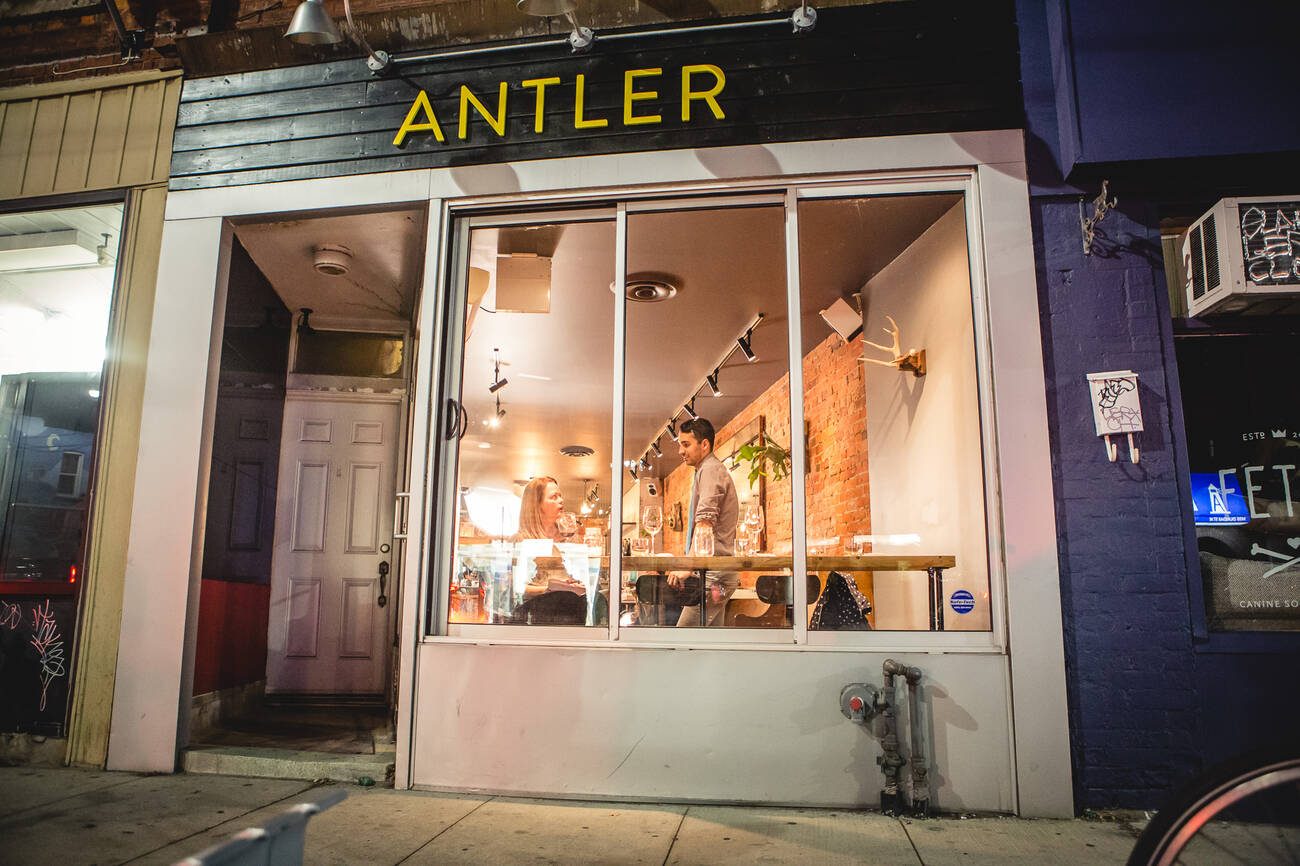 What started as a simple protest in downtown Toronto is becoming an international news story this week as more and more people learn of the chef who cut up a deer leg in front of some angry vegans.

Michel Hunter, who co-owns Antler on Dundas West, has become an internet hero of sorts since we first published a story about his bold counter-protest on Monday.

While some have decried the chef for "taunting" vegans, the vast majority of readers have been praising his peaceful, yet impactful method of fighting back against a group of animal rights activists who'd been haranguing Antler's customers for months.

"I'd never heard of Antler but after this, I'm really tempted to go," wrote one local on Facebook. "I've always wanted to find a place that serves a variety of game meat... thanks vegan protestors for telling me about this fine establishment."

"I'm going to make reservations ASAP," said someone else, echoing a comment made by dozens of others (including American actor and comedian Patton Oswalt)

Next time I’m in Toronto I’m dining at Antler. https://t.co/ymcOOu6bSk

Antler was already well-known in Toronto for its focus on foraged, seasonal and wild foods that are native to Canada, such as bison, boar, rabbit, duck and deer.

Going viral may have boosted business to the point where getting a table could prove tricky some days.

Trying to book a reservation through the restaurant's website proves that there are, indeed, a lot of dining slots with wait lists over the next few weeks.

This just makes me want to fly to Toronto, go to Antler, sit in the exact same window seat, and eat venison and drink bourbon. Well played, restaurant co-owner. 🥩🥃👏👏👏https://t.co/9iimb0Y5XF

"The number of media inquiries has been immense but all pretty supportive of our position," said a representative for the restaurant today. "For us, the protest was really not unique to Antler as similar events happen all over the city on a regular basis."

"Antler has always and will continue to respect the vegan diet and we have several dishes on our menu that showcase that. These have been on our menu since we opened in 2015."

Hunter and the staff at Antler say they're reeling back a bit in terms of doing any more press right now, "simply because we are very focused on our guests and ensuring that their dining experience is not further disrupted."

by Lauren O'Neil via blogTO
Posted by Arun Augustin at 11:37 AM