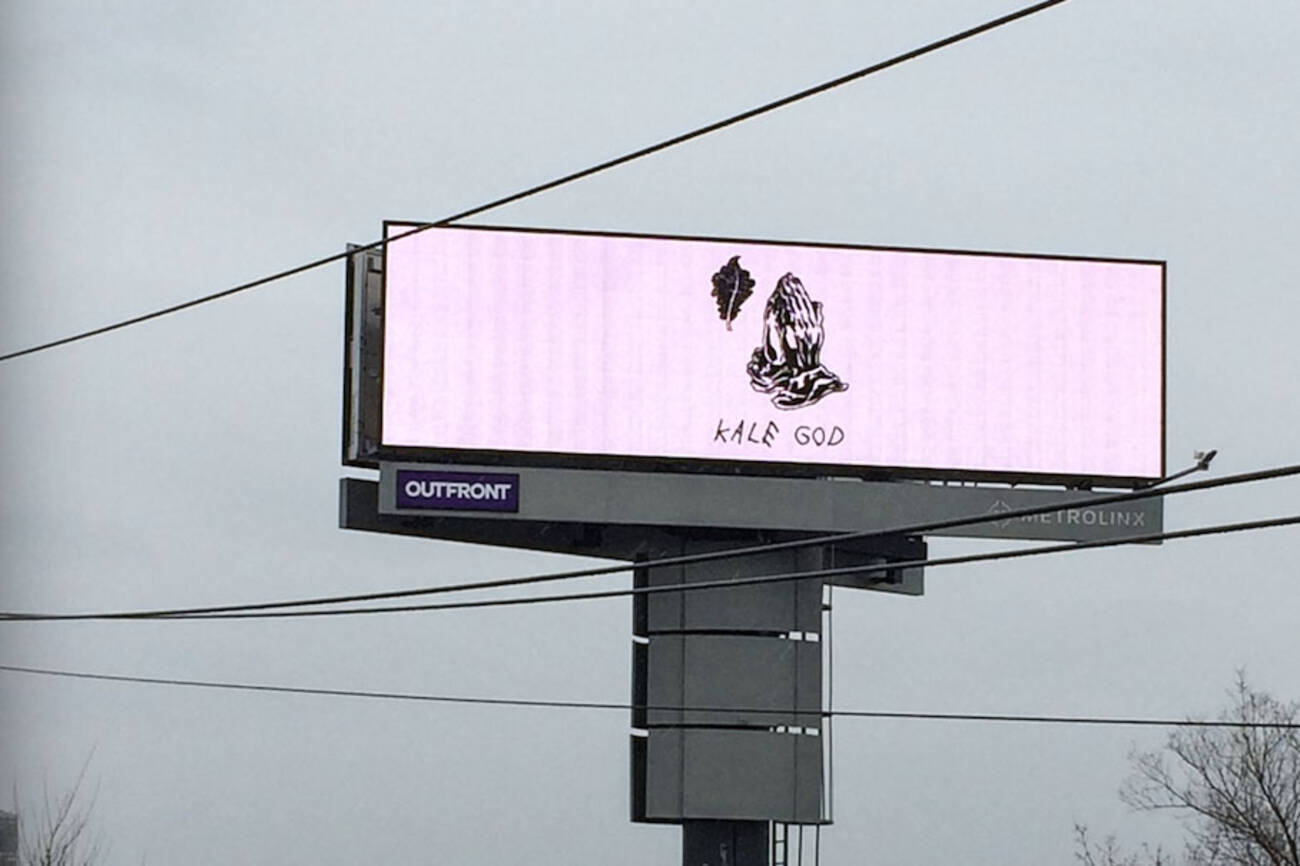 Is there anything Drake can't do, inspire, or make look cool?

The Grammy-winning Canadian music artist and entrepreneur is being hailed this week as a vegetarian idol after casually confirming on Twitch that he "doesn't eat meat anymore."

Previous to this, he'd hinted on Instagram that he might have gone vegan – though he has yet to publicly speak about his reasons for doing so.

Whatever the case, this is huge news for the veg community. First Beyoncé and now Drake? PETA was so stoked on the news last week that they sent our boy a vegan gift basket (along with an actual passion fruit and a plea to cut ties with Canada Goose.)

Now the 6ix God is being celebrated in his home town, too, with a series of billboards proclaiming him a "Kale God."

As it turns out, Toronto's very own Freshii is behind the signs.

The health-conscious, fast-casual restaurant chain explained by email that they "took out billboards across the city" to applaud Drake's recent decision to ditch meat.

"Drake, we hear you've gone meatless. HYFR," reads a microsite launched in conjunction with the billboards.

Vegans are taking over. @Drake, welcome to the club. #the6ix #vegan #kalegod pic.twitter.com/dnZ6vHVVLe

"Giving up butter chicken and Sotto Sotto black angus steak isn't easy, even with all the pineapple pizza in the world," continues the message. "Nobody becomes a kale god overnight."

Freshii's lead nutritionist then offers Drake a number of lyric-laden tips to help him make the transition smoothly.

"The entire Freshii team is behind you," the site concludes, "passionate from (only a few) miles away."

So, to those who've been wondering if the billboards mean Drake's about to drop a new album... well, no – or at least not one that's called "Kale God."

by Lauren O'Neil via blogTO
Posted by Arun Augustin at 1:27 PM