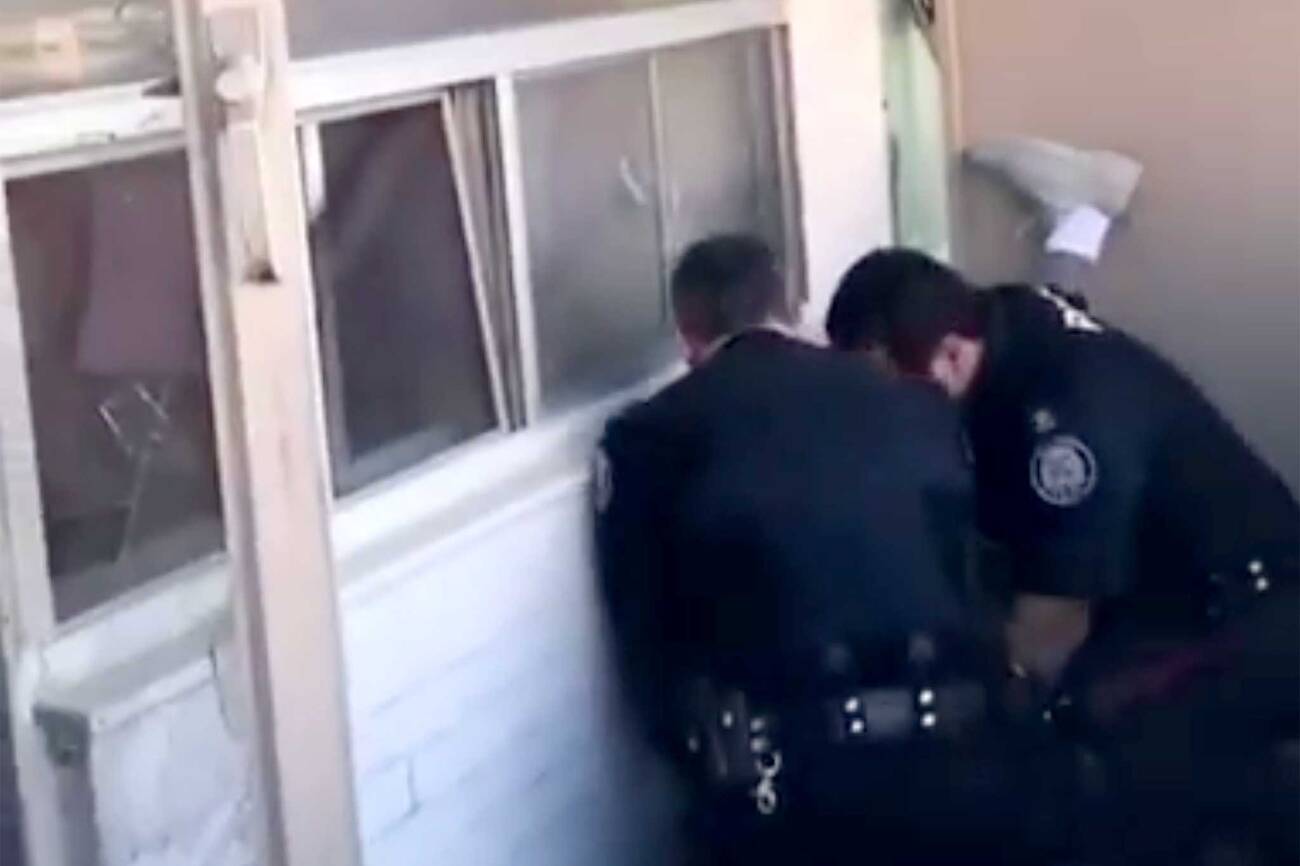 Video footage of a young man being held down and punched by two Toronto police officers is circulating the web today, prompting some to allege "police brutality" and excessive force.

How much can we really tell, though, from an 11-second-long YouTube clip? Not much, according to the cops.

On top of that, both McCormack and TPS spokesperson Meaghan Gray say the cops in the video saved this man's life.

"He attempted to jump over the balcony," said Gray. "The officers were able to pull him back and again, the struggle ensued and the officers used the amount of force that they needed to safely bring that situation under control."

"The only thing preventing that person from falling to the ground were the officers pulling him back over," said McCormack, similarly.

"He was struggling and fighting with those officers…on the other side of the balcony about to plunge to his death."

The video didn't start gaining traction online until this week, but it was actually filmed on March 11, according to police.

Gray said that officers had originally been called to the apartment complex, which is near Morningside and Lawrence in Scarborough, at the request of "vulnerable tenants" whose building "tends to be targeted by those who are alleged to be involved in the drug trade."

by Lauren O'Neil via blogTO
Posted by Arun Augustin at 4:42 PM