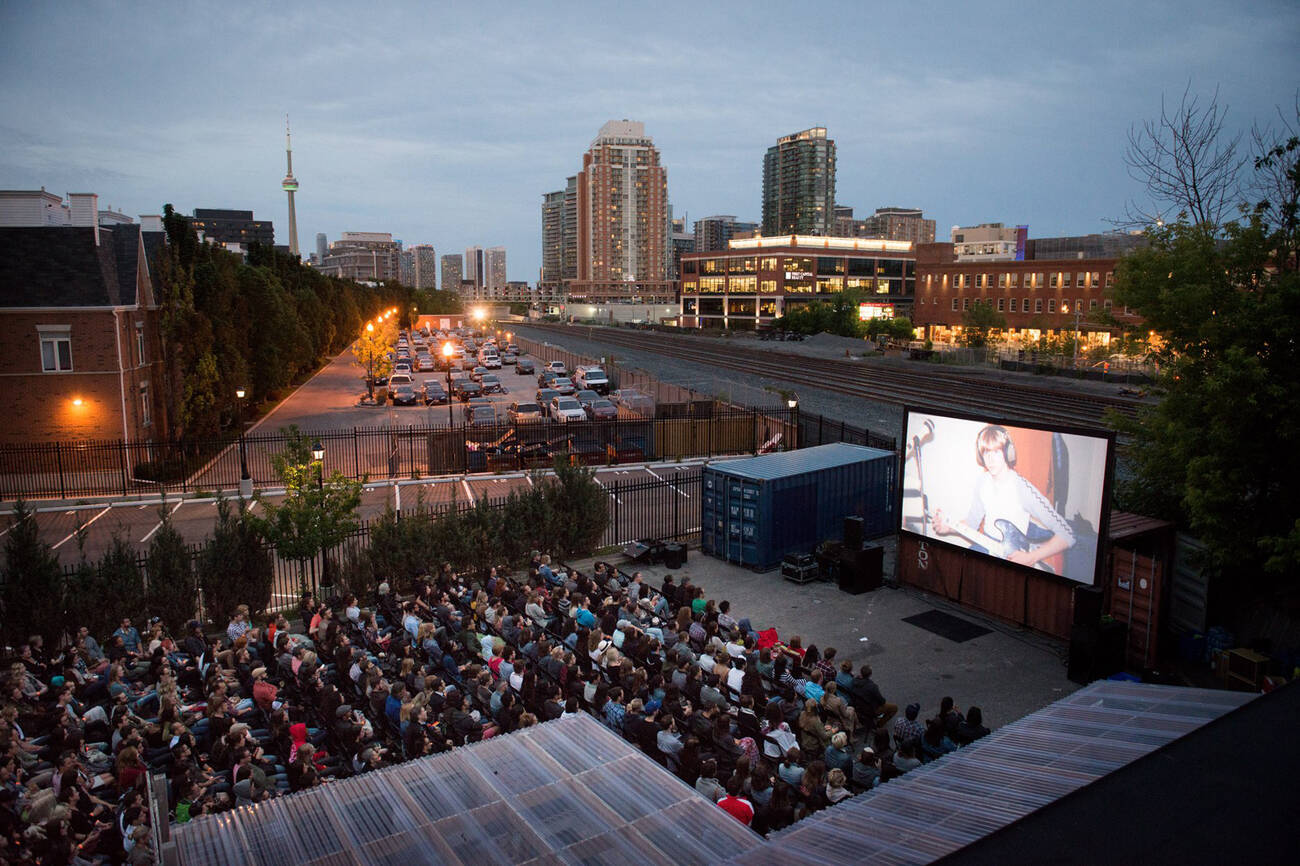 Events in Toronto today will see the second instalment of this year's Open Roof Festival, while author Naomi Klein discusses her new book. Dumbfoundead is in to perform and there's a big celebration happening in YDS to kick off Indigenous History Month.

Open Roof Festival (June 27 @ Sterling Road)
This week's edition of Open Roof features a showing of Thoroughbreds and music by Moscow Apartment.
Pride Movie Night Fundraiser (June 27 @ Carlton Cinema)
Pride Month isn't over yet, so get out to this screening of Pride (2014). It's a PWYC event with all proceeds going to charity.
Dumbfoundead (June 27 @ Mod Club Theatre)
LA rapper Dumbfoundead is back with his chill beats as part of his Yikes! Tour, featuring special guests.
Shut it, Uncle Bob (June 27 @ Centre for Social Innovation - Regent Park)
We all know someone who has problematic views and this workshop has ways to engage with loved ones in meaningful and impactful ways.
Indigenous History Month Celebration (June 27 @ Yonge-Dundas Square)
A huge celebration is happening in honour of Indigenous History Month, with vendors and performances taking up space in YDS.
Inuk (June 27 @ Art Gallery of Ontario)
Mike Magidson’s film tells the story of Inuk, a boy who is taken from his parents home to a tiny island where he meets a local polar bear hunter.
Dance for the People (June 27 @ House of VR)
Shake it off after work at one of Toronto's newest virtual reality spaces, featuring DJ Astroboy playing all the best funky beats and deep grooves.
Battle for Paradise (June 27 @ Gladstone Hotel Ballroom)
Journalist, author and activist Naomi Klein debuts her new book and discusses issues facing our planet, alongside Anwar Knight.
The Dreamboats (June 27 @ Nightowl)
The Mississauga boys of The Dreamboats get to rocking with tunes from days gone by, alongside After The Mountain and Kaili Kinnon.
Messiah of Evil (June 27 @ The Royal Cinema)
Rue Morgue’s CineMacabre is back with a classic from the horror genre — this film explores the dark underbelly of a California beach town.

by Lisa Power via blogTO
Posted by Arun Augustin at 5:19 AM