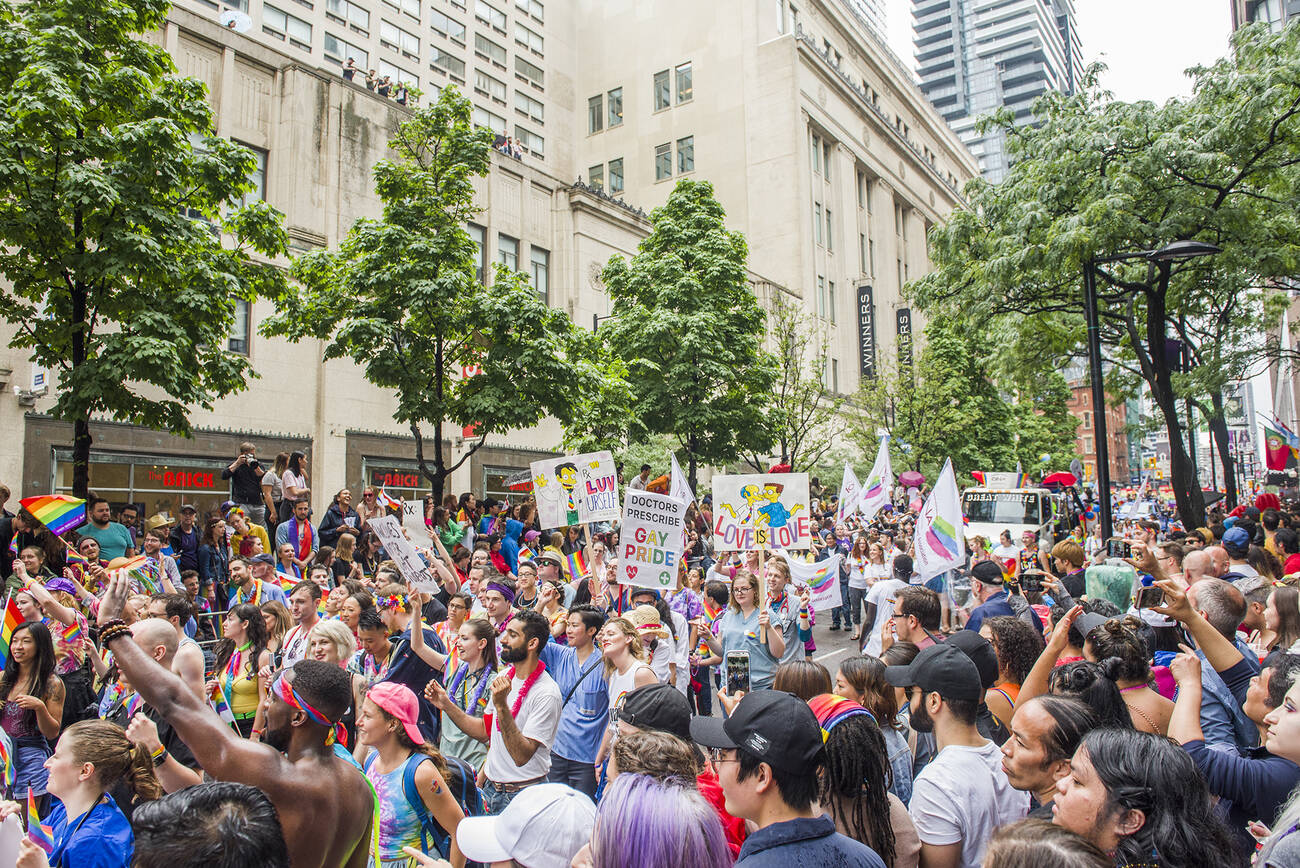 The 2018 Toronto Pride Parade was as colourful, political and magical as ever this year despite rainy weather and some sobering reminders of what's been an incredibly tough year for the city's LGBTQ community.

Uniformed police officers were not among the 120 groups marching in this year's parade, but Toronto was otherwise an all inclusive explosion of joy and self-expression on Sunday afternoon.

Check out all the celebratory action in our photo gallery of this year's Pride Parade in Toronto.