Doug Ford officially sworn in as premier of Ontario 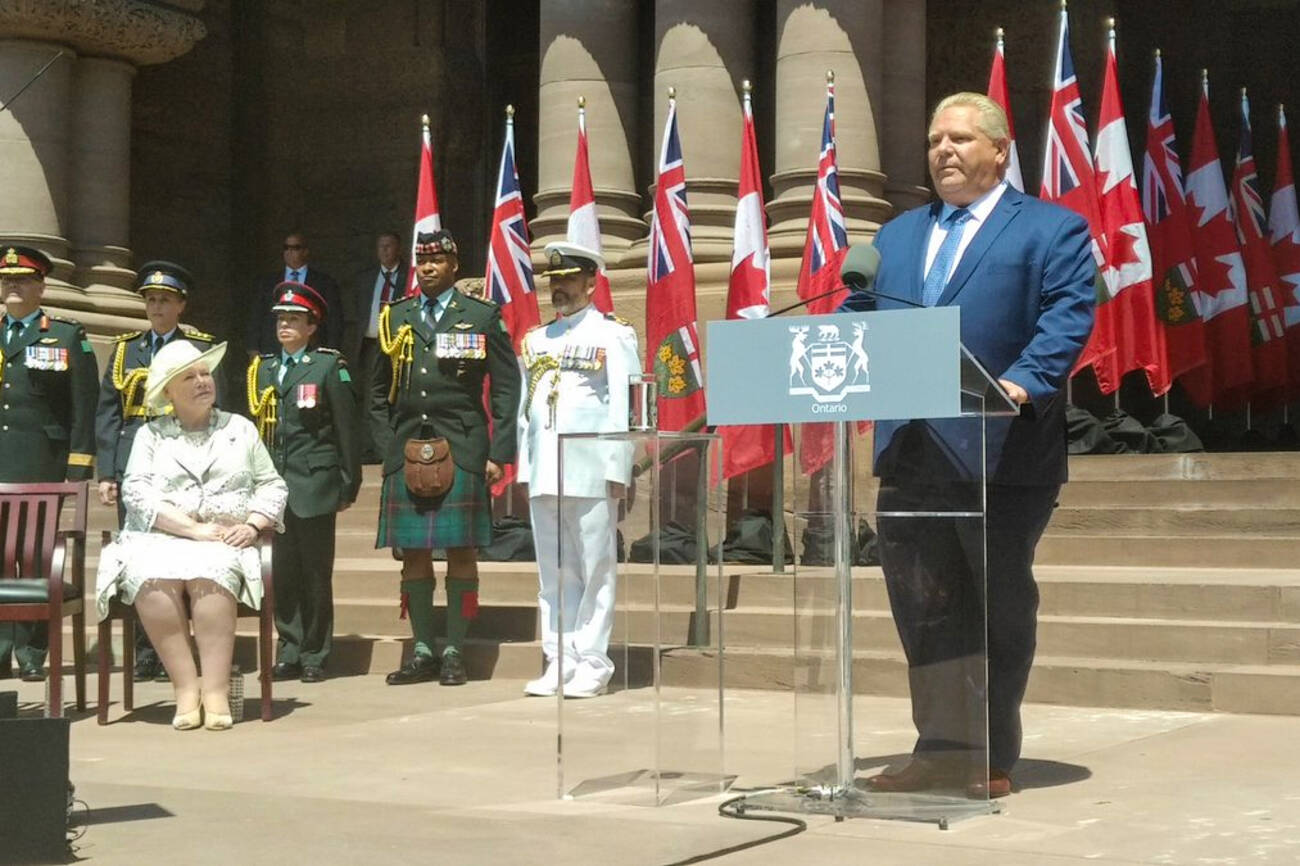 Out with the old and in with the new #onpoli pic.twitter.com/CrmLEpJk4o

Ford, who secured a majority win for his PC party during the June 7 general election, was sworn in by Lieutenant Governor Elizabeth Dowdeswell at Queen's Park shortly after 11 a.m. on Friday morning.

After taking the required oaths, the Honourable Doug Ford (@fordnation) is now Premier of Ontario. Other members of the Executive Council will now be sworn in. #onpoli

"I, Doug Ford, swear that I will duly and faithfully and to the best of my skill and knowledge execute the powers and trust reposed to me as premier and president of the council and minister of intergovernmental affairs of the province of Ontario, so help me God," said the new Premier as he took his Oath of Office in the Ontario legislature.

The ceremony, which puts the PCs in power for the first time 2003, proceeded with the swearing in of Ford's 21 cabinet members, a full list of which is currently being widely circulated and scrutinized online.

Hundreds are now gathered outside Queen's Park, where Ford is expected to make a speech "for the people."

Outhouses. For the people. At today's swearing-in of the new Doug Ford PC government at Queen's Park. #onpoli pic.twitter.com/yiFSzlqfAY

Many of those present are Ford supporters.

Premier Ford’s public celebration is about to begin. Hundreds of supporters, including members of Ford Nation are here at Queen’s Park for the festivities @CHCHNews pic.twitter.com/KHH9pvaMw7

This man has been discussing his views of Ford with his supporters as well. #onpoli #cdnpoli pic.twitter.com/95PPVACRnC

Ford is set to reaffirm his oath of office in the presence of Lt.-Gov. Elizabeth Dowdeswell on the steps of Queen's Park before delivering his speech.

It is not yet known what Ford will say during this speech, but we do know, based on what he said prior to being sworn in, that his first acts as Premier will be to scrap the province’s cap-and-trade system, carry out a hiring freeze and maybe try to get subways extended out to the suburbs, somehow.

You can watch the entire show right here:

by Lauren O'Neil via blogTO
Posted by Arun Augustin at 9:30 AM