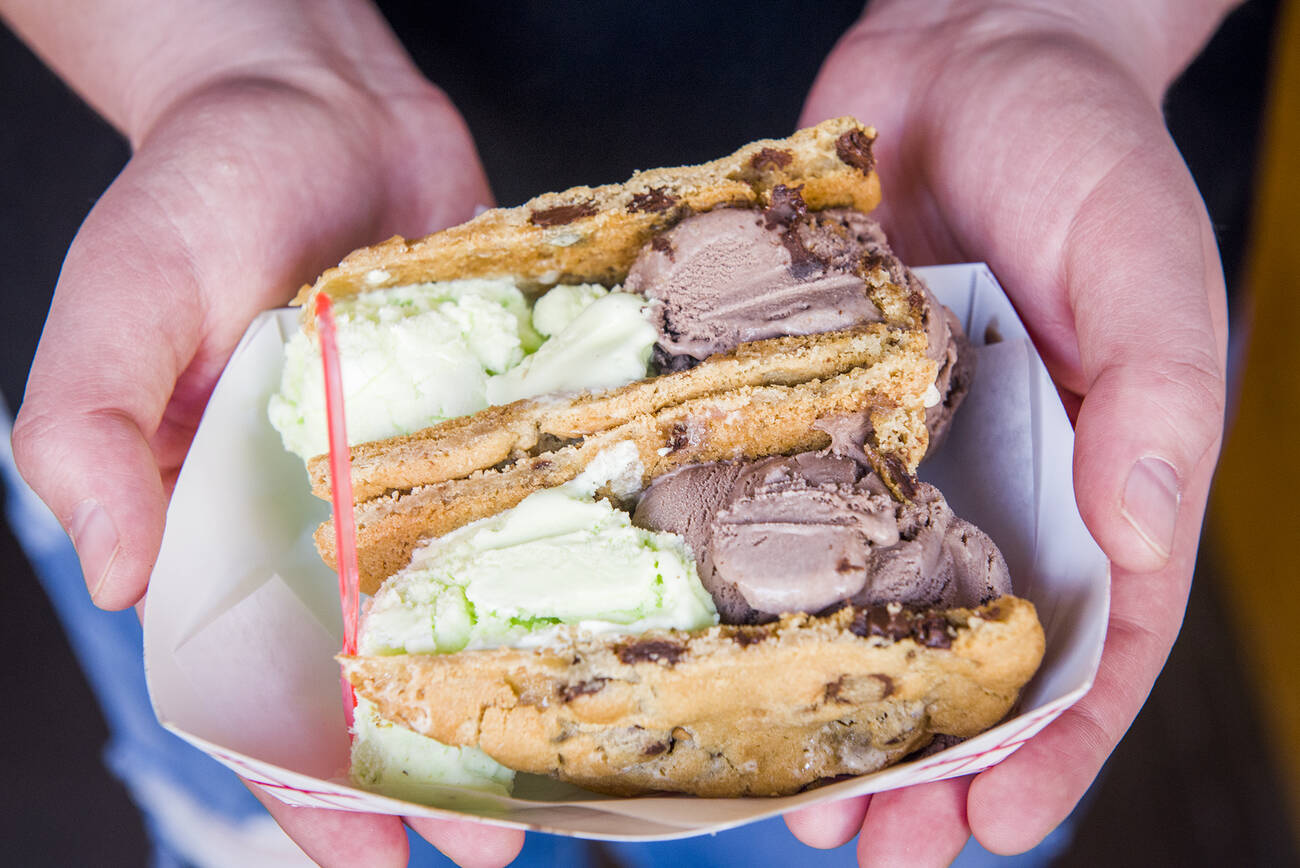 The top new ice cream sandwiches in Toronto are the latest and greatest in decadent ice cream-stuffed baked goods. Prepare yourself for outrageously sweet creations that are usually way too bulky to fit in your mouth in one go, but so good you'll try anyway.

Here are my picks for the top new ice cream sandwiches in Toronto.

Make your own gnarly creation with Craig's ridiculously sweet and tasty cookies with ice cream flavours like toffee burn marshmallow. There's also bacon (because why not), plus the fact you can get these sammies until 10 p.m. all summer makes this Parkdale spot extra clutch.

Stuff some cinnamon buns with scoops of Sicilian Ice Cream at this quaint little ice creamery in Bloorcourt. There's eight different flavours here, which you can also get on cookies and sugary donuts too.

They're not called ice cream sandwiches at this St. Clair West shop — they're gelato paninis. It's all about rare (and vegan) flavours of granita and gelatos for when you're feeling fancy, because how good does fior di panna gelato on dark chocolate cookies sound?

The macaron-makers on West Queen West have officially introduced ice cream sandwiches to their flagship store with a menu of 16 ice cream flavours like mojito sorbet and baked caramel crunch, which you can crush between a pair of chocolate chip cookies.

This bakery might no longer have the hulking messy sandwiches of last year, but the ice cream bar at their newest location at Assembly Chef's Hall has something more epic: ice cream between Concha buns from Los Colibris, and fruit loop rice krispie squares.