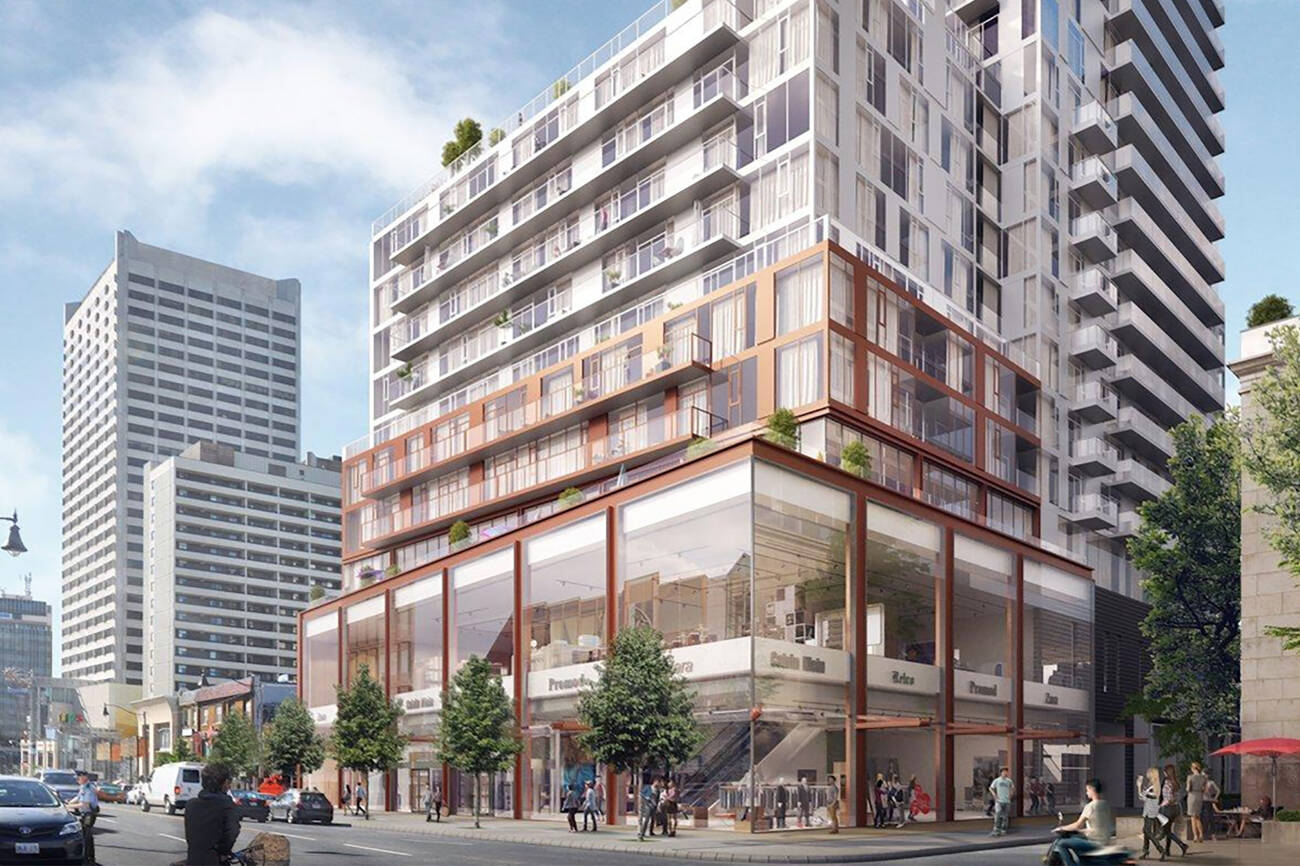 We all know that the city has a penchant for condos, but Yonge and Eglinton seems to have it particularly bad.

The area has seen a major influx in high-rises over the past decade that's built the area up especially quickly (even for Toronto), and current residents aren't happy about it.

@JohnTory I know this sounds hard 2 do, but with all the construction, between the Metrolinx & condos, U need to close off the yonge/Eglinton intersection. Soon it will be one giant sink hole. And stop allowing the OMB to give condo permits to that area! We are at capacity!

In fact, they've been unhappy about it since 2000, when the first signs of intensification came in the form of the 52-storey Minto Midtown towers, which was then the tallest building in the neighbourhood.

Those towers ultimately ended up being built, and eighteen years later it seems as though the neighbourhood's concerns continue to be swept under the rug as the number of condos continues to increase.

From the incoming pair of E Condo buildings to the 29-storey Whitehaus Condos by Lifetime Developments currently in the works, or Hariri Pontarini's 65-storey 1 Eglinton East, or Leaside Condos, or Plaza Midtown: it feels as though the construction is never-ending.

While the sales may be great for developers, who are touting the area as the new transport hub with the incoming Eglinton LRT slated for completion in in the new few years (hopefully), nearby residents and councillors alike have voiced their concerns.

And as fast as it might be, many are worried how the new transit system will be able to accommodate thousands of new residents in the area.

So if the city didn't spend development charge revenues on the needed infrastructure, where did all of that money go? pic.twitter.com/E8uBj1TpzC

Not to mention sidewalk, water, and sewage capacity, which has already caused Toronto staff to rethink the 25- and 24-storey condos proposed by Times Group for Yonge between Millwood and Davisville.

And where will the children of new tenants of new condos in the Yonge Eglinton area going to go to school? poor planning @tdsb #onpoli https://t.co/wbIZTXYDXI

Others are wondering how kids in the area will be able to fit into the limited number of schools currently servicing the neighbourhood.

New article coming out this week. If you build it, will they come? #condos #families pic.twitter.com/4ksPeD9IZZ

In fact, TDSB signs have already been put up to warn incoming condo residents that they may not be able to accommodate their children due to "residential growth".

I’m moving a motion at community council that development in the Yonge & Eglinton/Davisville area must have sufficient transit, school, utilities capacity etc. or NOT be approved. Enough is enough. I want plans for communities and residents’ quality of life, not just new condos.

Just seems another symptom of terrible foresight and planning in Toronto. From transit to schools, bike lanes and water mains. Decades of doing very little... isn't this where land transfer taxes and educational levies and everything are supposed to go?

Whether or not the city or OMB will cool off on the approval of new condos in the area has yet to be seen, but with the incoming of so many new condos already, it might all be too little too late for the neighbourhood.