The top 25 poutine in Toronto by neighbourhood 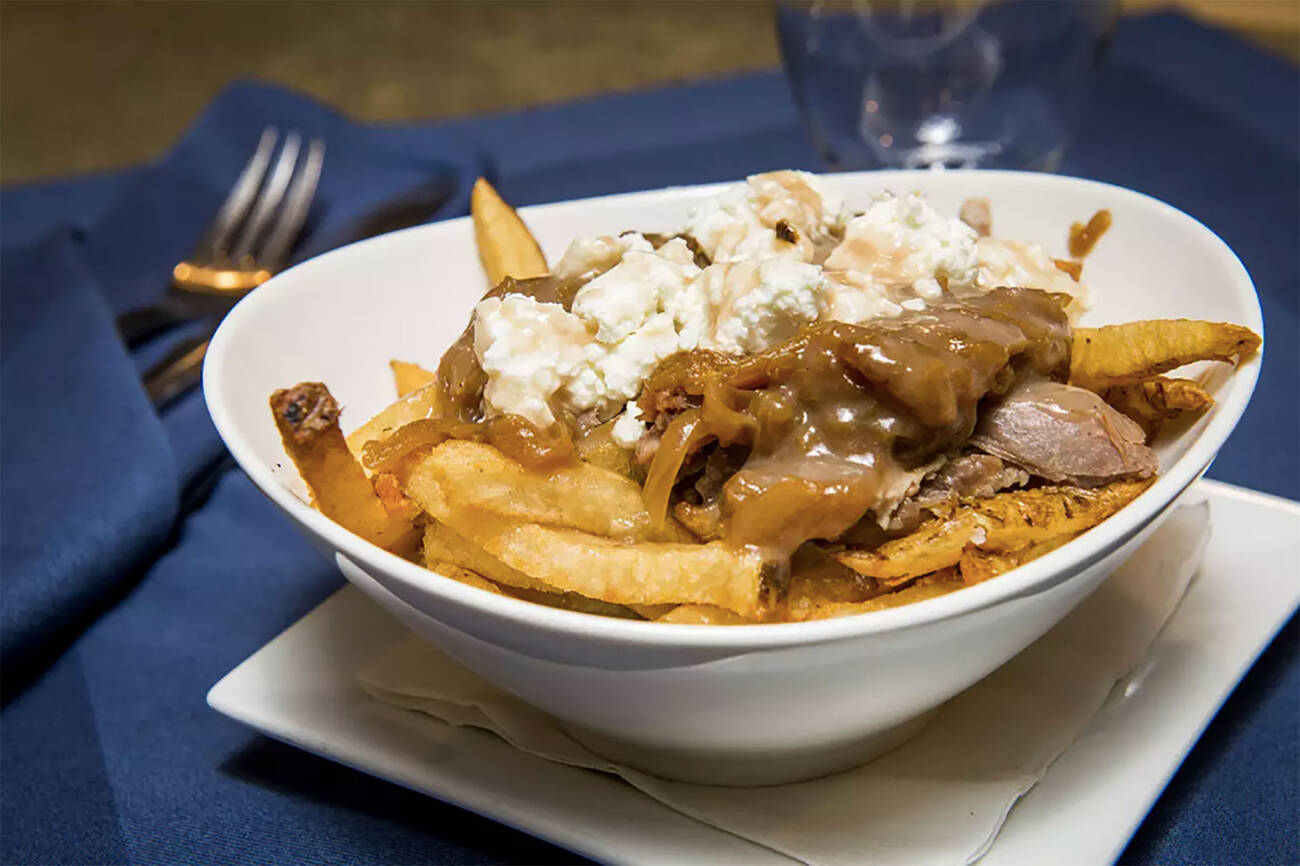 The top poutine by neighbourhood in Toronto is the stuff Canadian dreams are made of. We can't seem to get enough of these oozing piles of fries, gravy, and cheese (or something like it), and even more so when they're covered in something decadent and unconventional.

Here are my picks for the top poutine by neighbourhood.

The Original Gyro Grill does it up Greek-style with their O.G. loaded poutine, replacing those formless curds with feta cheese and decking out their fries with chicken, pork, and lamb gyro all in one go.

Good news for vegans: Disgraceland offers their poutine the regular way plus with lactose-free daiya cheese. They also offer Indian poutine, which comes with curried gravy (genius), and an order of poutine supreme is decked out with perogies.

You’ll find some of the most authentic Quebecois poutine coming out of NomNomNom Poutine, the longtime food truck fave at Market 707. Homemade cheese curds, gravy from Quebec, and options to throw on some Montreal smoked meat — yum.

The Belgian fries at Beerbistro are known city-wide for a reason: their menu of poutine includes the Mad Cow, with fries blanched in beef tallow and duck fat and toppings like beef cheek, blue cheese and duck confit. 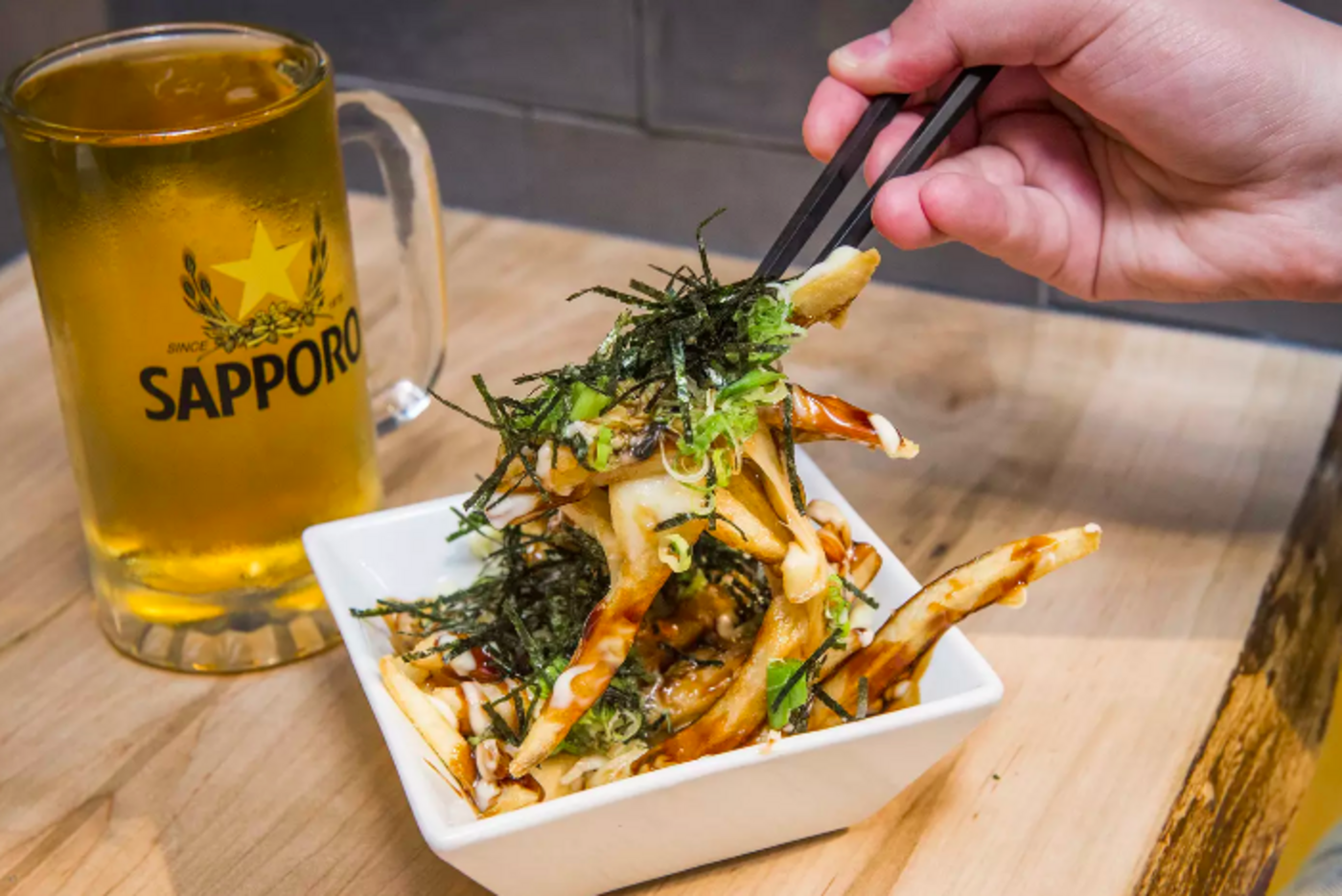 Who needs chips when you can get decked out poutine with fried fish instead. Fresco’s Fish and Chips offers three styles of poutine with cheddar cheese curds, and even has the option to go vegan and gluten-free.

If you don’t know about the duck poutine off the Thompson Diner's late night menu, it’s time to step up your post-party game. Leg confit, mozzarella and roasted duck gravy just might make that line up worth the wait.

Not only does White Brick Kitchen do delicious eggs benny and fried chicken, they also have a surprisingly killer side order of poutine with cheese curds and gravy to complete the brunch cycle.

One of the best in the game, Leslieville Pumps serves up hand-cut fries and Ontario curds doused in gravy and smoker-jus. Load them up with pulled pork, beef brisket or baked beans 24 hours a day.

Before Smoke’s came around, was late-night Toronto poutine really a thing? Here it’s loaded fries all day, every day with a massive and experimental menu that’s creative enough to please any drunkard hankering for fries after the function.

Get three types of poutine from BQM. The Palmer is a favourite with bacon, Quebec cheese curds and beef gravy, while a meat poutine comes with a healthy portion of beef. 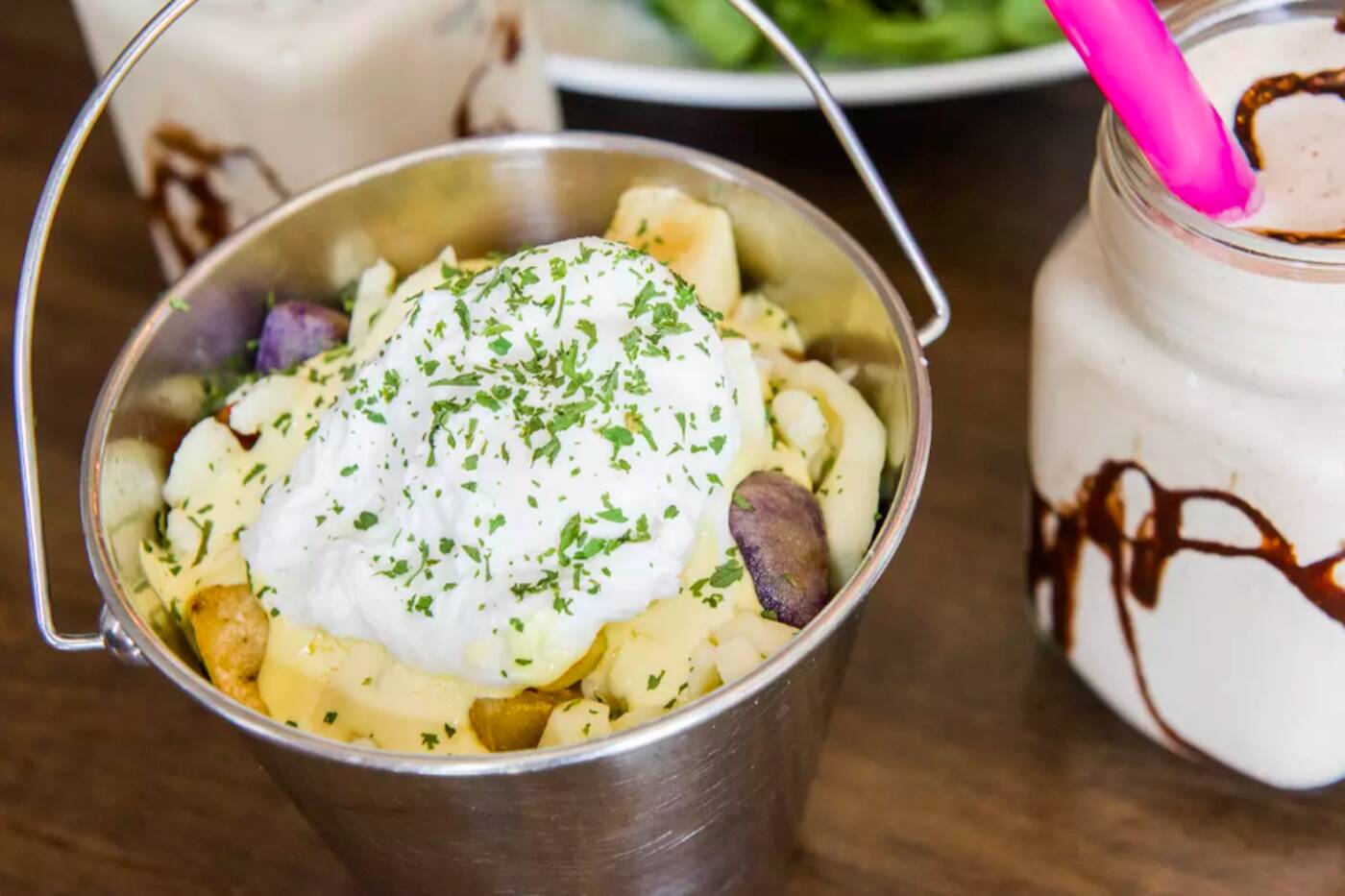 Breakfast poutine comes in a bucket at Ramona's. Photo by Hector Vasquez.

San Francesco has been around for over half a century, and while they might be more famous for their hot Italian sandwiches, they also have poutine covered with Italian meat sauce and another covered in pulled pork.

Gorge on Whiff Whaff's amazing kalbi poutine in between watching the latest game on TV or matches of ping pong. This order comes topped with cheese curds, pickled daikon and cilantro for fries that are better than your regular.

If there’s one thing you have to get at Chris Jerk, it’s the jerk chicken poutine. Blessing us with the fusion we never knew we needed, this spot smothers their fries in homemade gravy that’s totally addictive.

It’s fried stuff galore at Sea Witch Fish and Chips, where you can get your poutine with real cheese curds and tasty gravy to alongside your battered fish.

The breakfast poutine at Ramona’s Kitchen is the perfect morning move, coming in a fun little bucket that’s packed with fries, potatoes, eggs and hollandaise sauce.

Open until 3 a.m., relatively cheap, and add-on options like bacon and maple syrup: there’s not much more to ask for than what you’re getting at Poutinis original location. 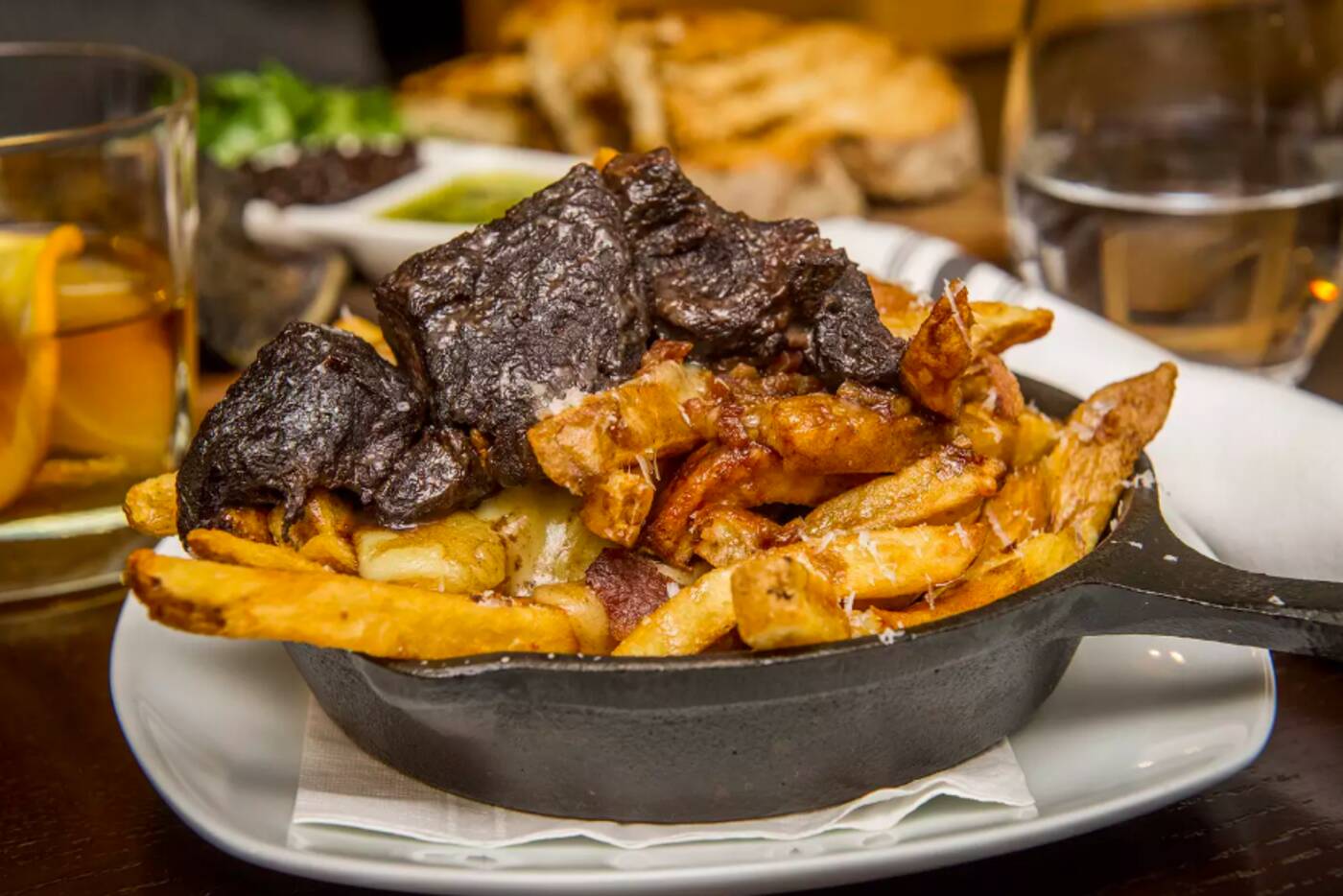 You can eat some decadent beef cheek poutine at Little Italy's Chez's. Photo by Hector Vasquez.

Ryerson students living on campus need not travel far for those post-party fries. Lou Dawgs has a variety of “Loutines” with toppings meaty beans, pulled pork and homemade slaw on top.

Prohibition offers a haughtily named Haute Poutine that’s decked out with everything duck: duck confit, duck gravy, duck crackling. Eat these with a pinky up.

Lobster lovers should head to Lobster Monster for poutine covered in chunks of lobster, mozzarella, a dash of maple syrup and the option to get it doused with lobster bisque gravy for a lil extra.

Eating poutine with chopsticks was something you probably never thought you’d do, but hey, it’s Canada. Combining our insatiable need for fries with a Japanese palette, Ramen Raijin offers an order of teriyaki poutine that adds kewpie mayo and nori to this small side.

Considering it’s in the fanciest part of town, STK's order of poutine isn’t the standard pile of fries and gravy. You’ll get tater tots instead of frites, with some pulled short ribs and Canadian cheddar piled on top.