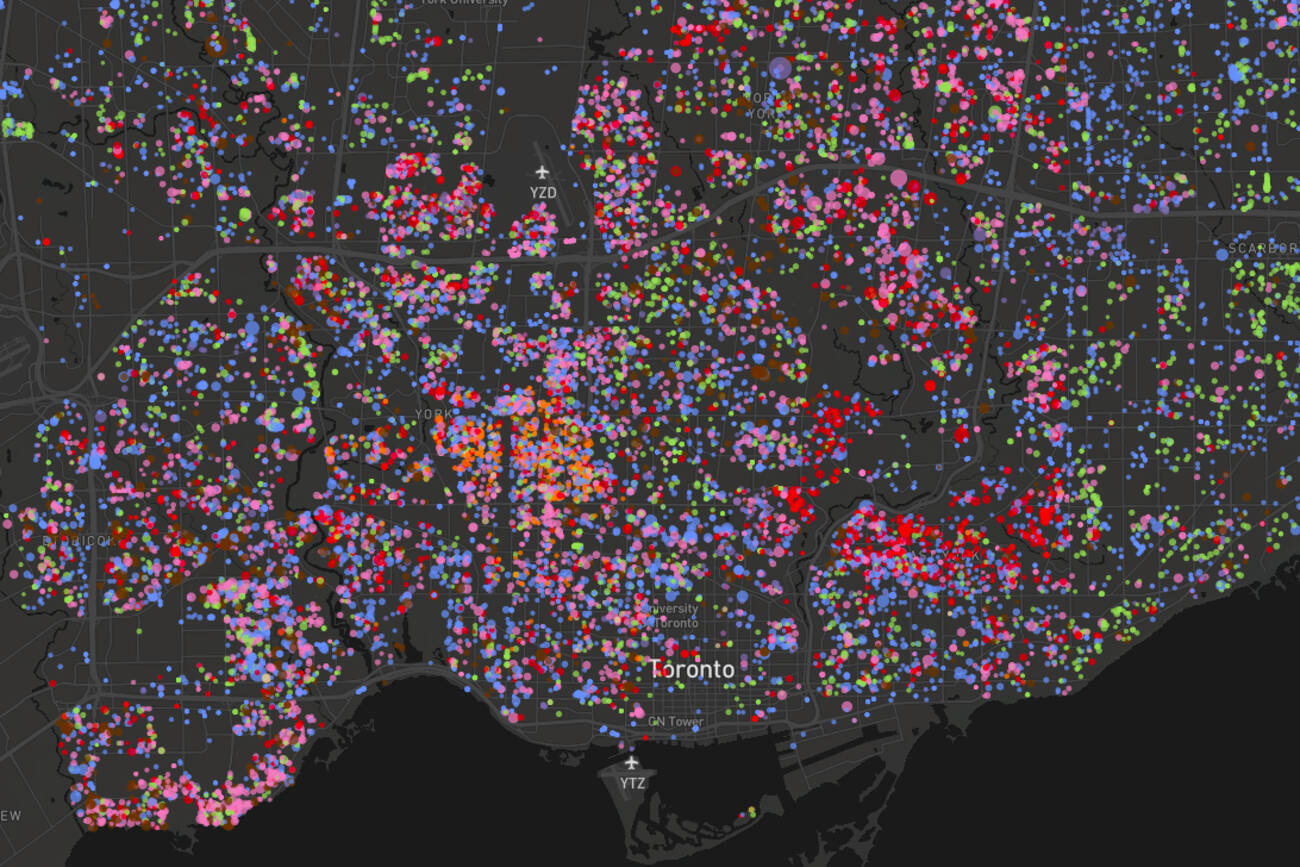 Peaches and cherries and pears, oh my!

Today I learned that there are over 10 million trees in Toronto — more than 20,000 of which are fruit-bearing trees, on public land, where anyone is welcome to forage and keep what they find.

Want to score some free plums or mulberries on your way home from work this afternoon? Tom Weatherburn and William Davis of mapTO have you covered. 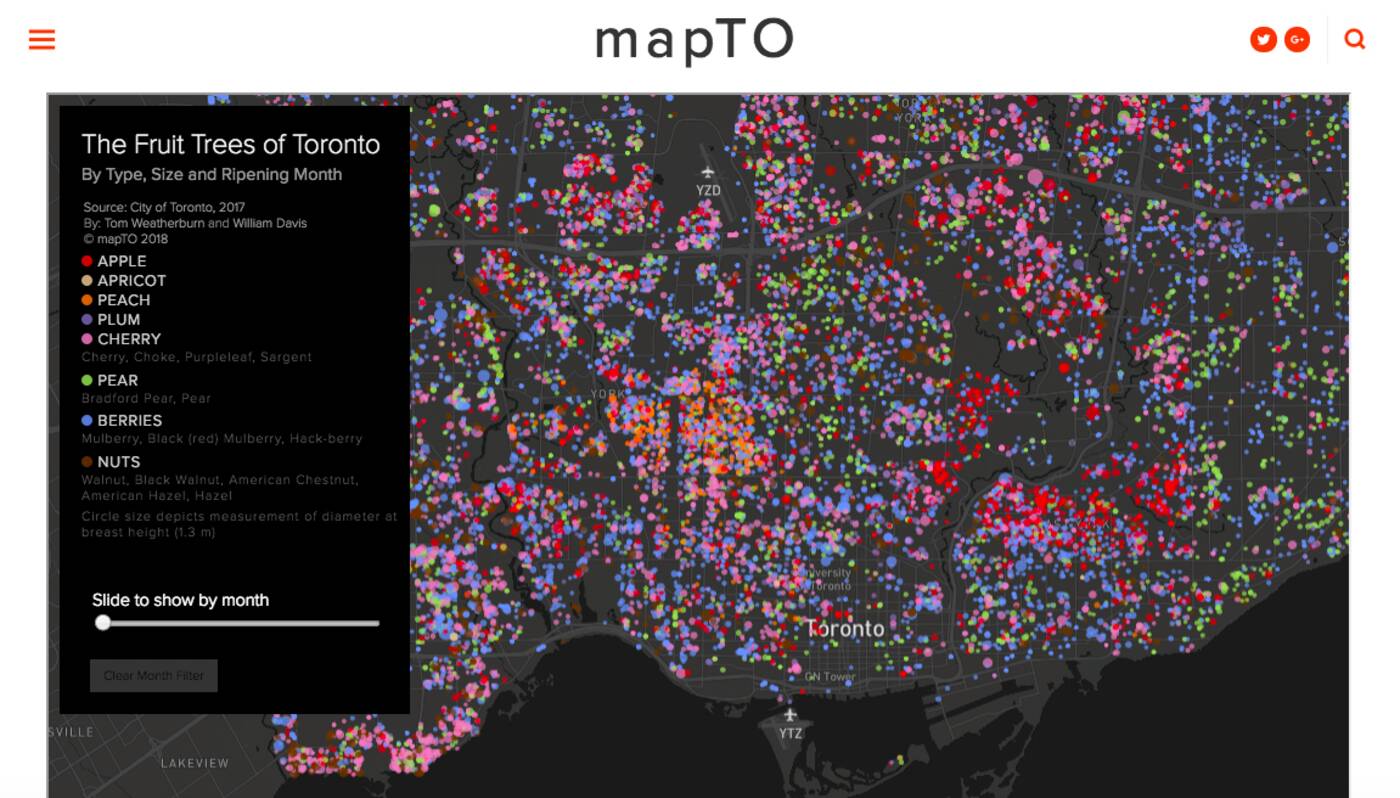 MapTO creates useful tools like this one to help Torontonians navigate and better enjoy their city. Image via mapTO.

Weatherburn and Davis recently developed an interactive map called The Fruit Trees of Toronto with some help from forestry expert Monika Oviedo.

The map allows anyone to search for productive, fruiting tree species on public property in Toronto by size, location, type of fruit and time of year.

Say you're wondering what grows in June around your neighbourhood (spoiler: It's going to be cherries. We have a lot of cherry trees.)

You can zoom into the area in question, move the "show by month" slider to June, and nice pink dots will appear wherever you're allowed to go and partake in nature's bounty.

July shows clusters of berries, cherries and plums all over the map, with a heavy sprinkling of peach trees between St. Clair West and Eglinton. 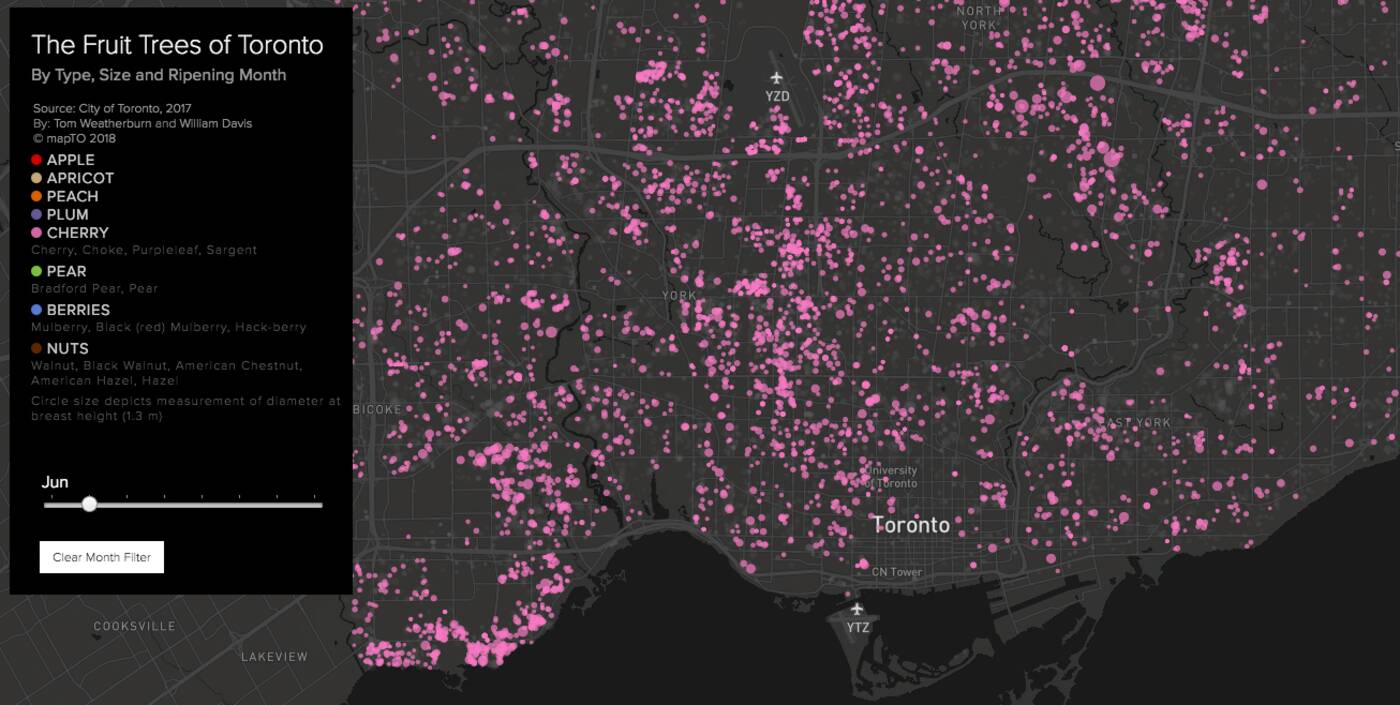 Toronto is a land of cherries in June, but the tart tree fruit all but disappears by August. Image via mapTO.

"Toronto has been touted internationally for having a luxurious tree canopy that rivals some of the world's largest cities," reads a description of the project on mapTO's website.

"According to the City of Toronto's open data, there are 569,412 trees on public streets and an estimated 9.7 million more on private land," the blurb continues.

"Although all of these trees provide a suite of valuable services to the City (air cleaning, cooling and shade, habitat, etc.) there is a subset of Toronto's street trees that provide an equally valuable service: free food!"

How about them apples? Eh? I'll let you know in September.

by Lauren O'Neil via blogTO
Posted by Arun Augustin at 10:24 AM