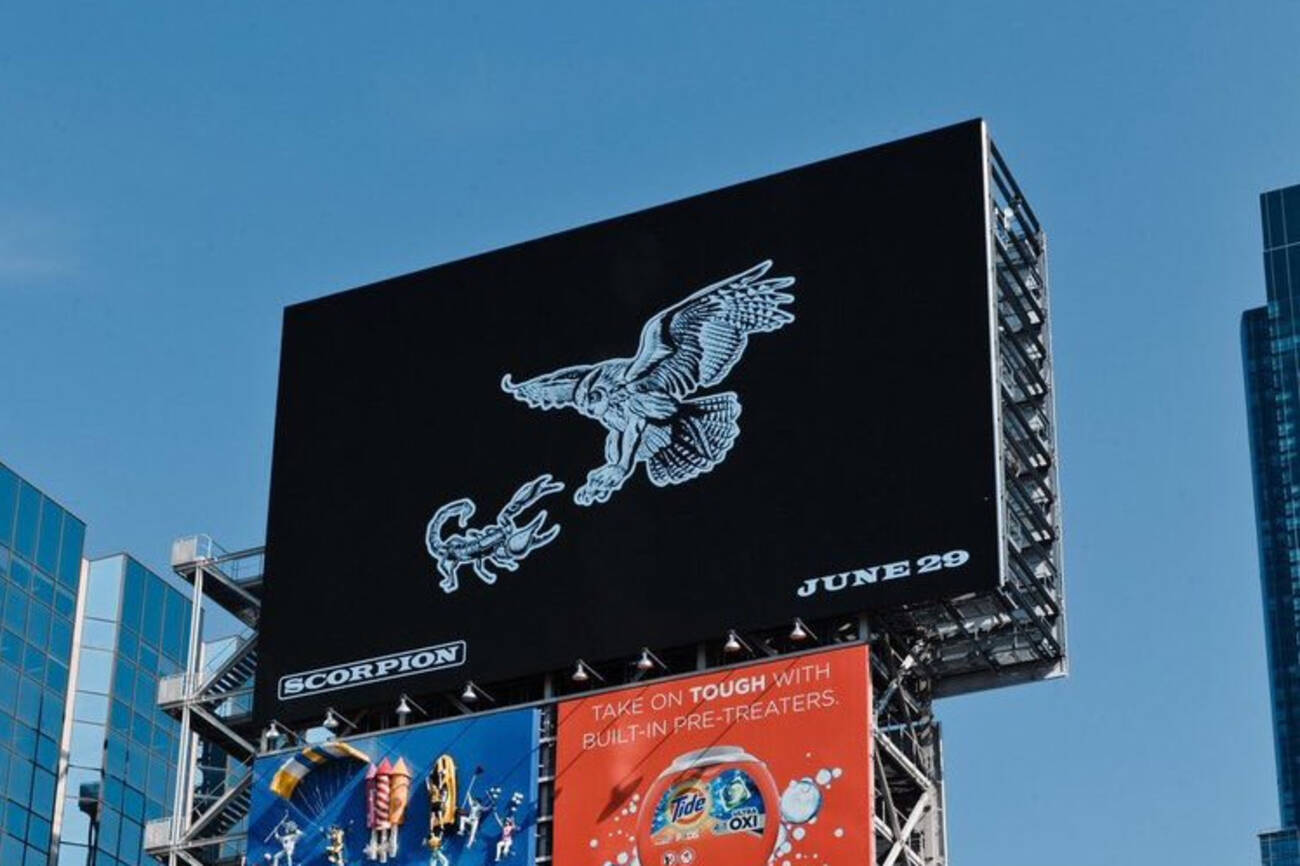 The Canadian rapper formerly known as Jimmy Brooks is dropping a new album one week from today, and we know this because he announced the release date last week on Instagram.

Also because everybody everywhere talks about Drake all the time. Also, billboards.

The 6ix God has taken out ad space around the city to promote his forthcoming album Scorpion, as is his way, and has subsequently garnered a zillion more impressions via people posting photos of his billboards online.

Are y’all ready for #Scorpion? pic.twitter.com/Jg9vTwkrTC

It’s a foolproof system, if you ask me or OVO.

As images of the Scorpion billboards spread, hip hop heads are trying to decipher what some of them actually indicate.

One billboard, in particular, has fans freaking out over the possibility of a double album drop. It bears only four words, two of which are letters, but what else could the "A SIDE, B SIDE" message mean?

Side A: all raps, all bars, the scorpion side 🦂

Side B: all R&B cuts, the owl side, aka owl hours, aka middle of the night in your feelings songs 🦉

That would line up with the owl & scorpion Billboard perfectly
🦂🦉🦂🦉🦂🦉

Others continue to focus on the high profile beef Drake allegedly has with American rapper Pusha T.

"they want u to respond to pusha, drake."

Other billboards include text such as "changing from boy to man" and "is there more."

by Lauren O'Neil via blogTO
Posted by Arun Augustin at 8:14 AM