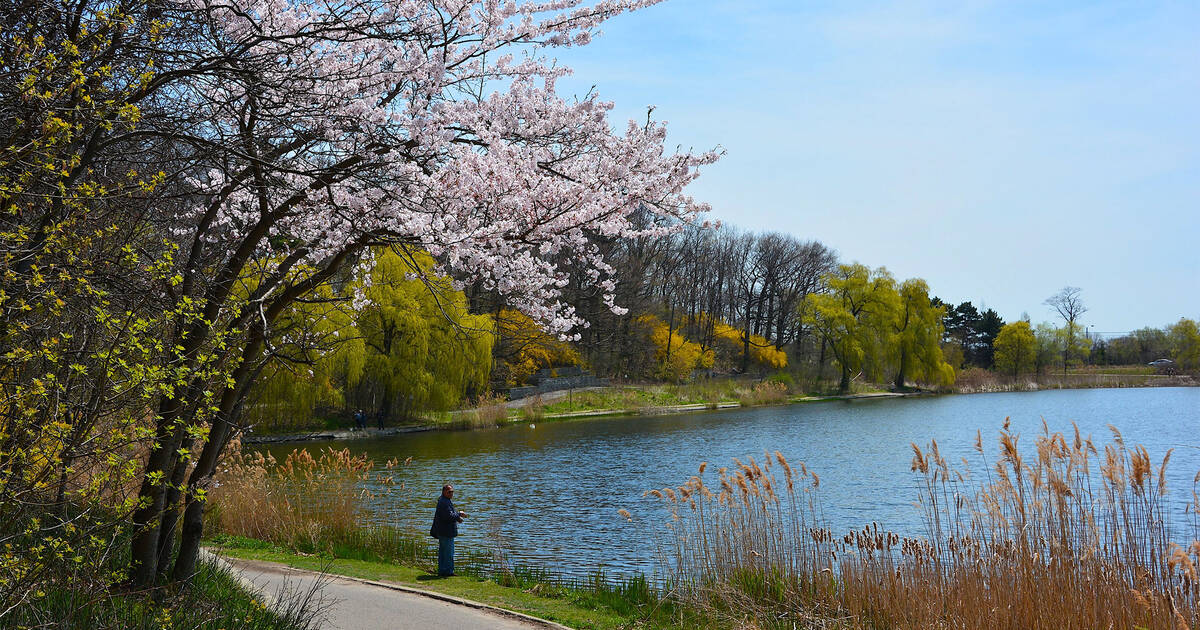 Following more than a month of vehicle-free bliss, it appears High Park is open to cars once more.

The city's largest park is now allowing cars through Monday to Friday after banning them completely at the height of cherry blossoms season.

While the City of Toronto never made an official announcement about it, people managed to put two and two together following the City's most recent ActiveTO update, which listed High Park Avenue as a "quiet street", but not the roads stretching through the park.

High Park is open to cars again and I just.. why? People were SO good with keeping distance when we had access to the roads too. Now we're limited to a tiny, barely 5 foot sidewalk. I don't get it. @gordperks

People found that odd, given that it West Road and Colbourne Lodge Drive, which run through High Park, have already been pretty quiet (read: car-free) for over a month.

High Park will continue to be closed to traffic on the weekends.

When asked, the City of Toronto and various councillors confirmed that, yes, High Park is once again open to vehicles, except on weekends.

Confusion and disappointment are now setting in for people, who only just celebrated High Park's reopening a little over a week ago, in all its pedestrian-only glory.

How does it make sense to open High Park to cars but close streets? Cars should not be allowed to the park- it’s not necessary. With the beautiful weather there will be more people there that cannot social distance due to vehicular traffic. This decision should be reconsidered.

"High Park will remain closed to vehicular traffic for the rest of the emergency so people have more space to enjoy the park and keep their distance from others," said Mayor John Tory, just a little over a week ago — so what gives?

High Park was so much nicer without cars...

For walkers, joggers, and cyclists, there's no question that exploring High Park is a much better experience without the presence of cars, though those with accessibility needs were never really addressed during that brief closure.

People are wondering why the city is launching programs like ActiveTO, where street closures are meant to help pedestrians and cyclists get outside more safely during the pandemic, while simulateneously taking public spaces away and giving them to cars.

First time riding in high park in over 9 months. Ran into a few cycling friends. Let’s hope the leg holds out. pic.twitter.com/moP79oRYIb

According to ActiveTO, High Park is now a quiet street between Bloor St. West and Annette Street, but that won't extend south to West Road or Colbourne Lodge Drive.