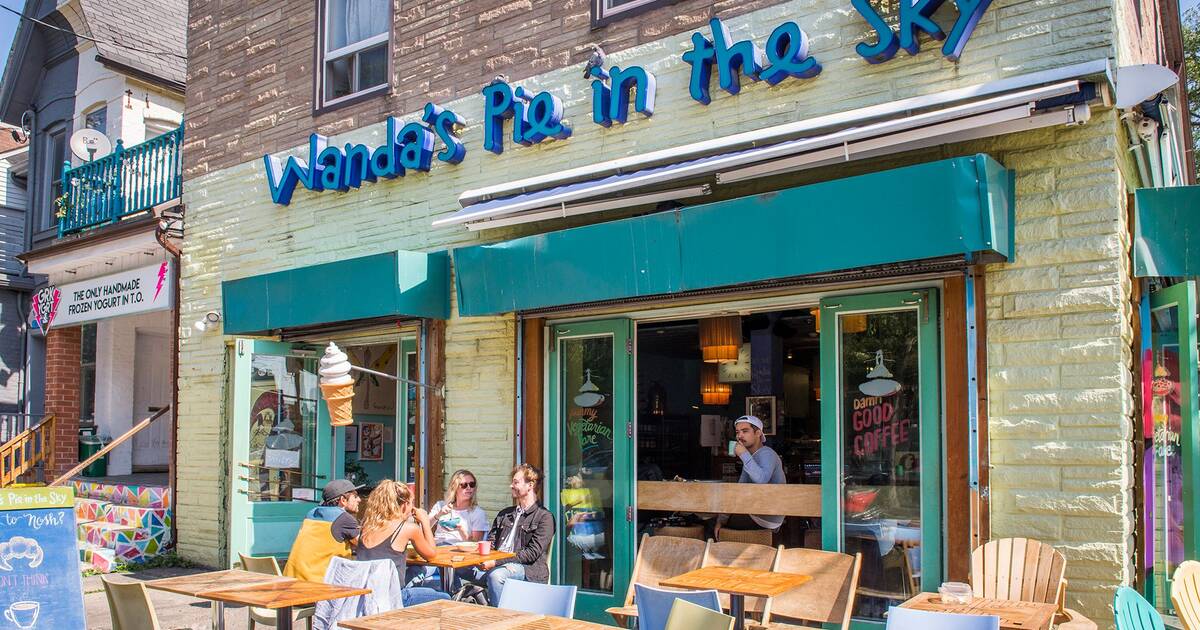 The last peach pie of the season is a beautiful thing in Toronto but not so much when anti-maskers grab it from you and wreck it.

Sadly, that's exactly what happened to one Toronto woman in Kensington Market who posted about the incident to a local Facebook group with photos of her assailants and her smashed pie on the ground. Thankfully, Wanda's Pie in the Sky (where the incident happened) was more than happy to replace it.

Apparently the woman was trying to take a photo of anti-maskers who agreed to the photo but then suddenly got angry.

"When I didn't take a picture fast enough (I asked, they posed, then gave me the finger and walked away as I fumbled) they took my Wandas's peach pie and wrecked it," she wrote.

She added the "anti-maskers" were walking on Augusta around 4 p.m. on Sept. 20.

Wanda's provided blogTO with a statement of their perspective of what happened at their bakery on that day.

"We fortunately have not had too many of these incidents since reopening in May, however we are prepared for them and do offer alternatives for those who cannot wear a mask. In this case, a customer came in without a mask on and cut in front of the already waiting patrons," they wrote.

"We offered the alternative to serve them outside, which they eventually obliged, but one of our regular customers expressed her discomfort with having them inside without a mask on. When she stepped out of the store there was a confrontation which ended in her pie being grabbed and thrown on the ground."

Wanda's can always replace a pie, but sadly they can't change the seasons and get back the precious late summer fruit that was wasted.

"We replaced her pie and were happy to do so, but unfortunately it was the last pie of the glorious peach season," they wrote. "Pies are comfort food and our goal is that all of our customers have a safe and positive experience."

Seems as though these anti-maskers had different goals on that day, but at least no one had to go without pie.