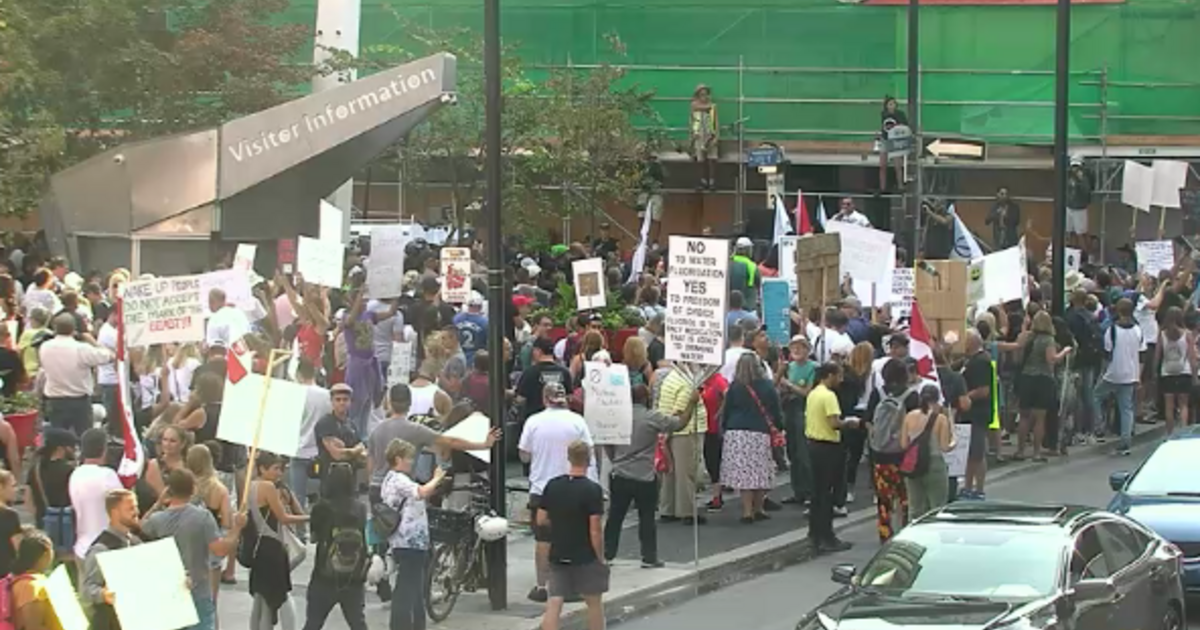 With COVID-19 cases on the rise, Toronto is getting fed up with anti-maskers following a protest on Saturday.

About a hundred demonstrators gathered at Yonge and Dundas Square before walking toward Bay and Bloor Streets and then back to the square.

Mayor John Tory tweeted that people are always free to protest in a democracy “but the people organizing these protests are trying to spread ridiculous and inaccurate information” which could put people’s lives at risk.

“I trust our public health officials, and I trust the people of Toronto will make the right choice between advice offered by our best medical experts as opposed to baseless propaganda put forward by an eccentric collection of protesters,” he said in a tweet.

Oh look a bunch of a**holes are holding an anti-lockdown/anti-mask protest and march in downtown Toronto as cases here are skyrocketing. pic.twitter.com/iFVgrQZ3Tb

Anti Mask protest on Bloor right now in Toronto. So unbelievably wrong, gross, and unsafe. Why are the @TPSOperations allowing this!?!? pic.twitter.com/BWWacRCj7p

People took to Twitter to criticize the lack of decorum and the risk the protests pose to others.

I just saw a huge anti mask protest on Yonge street. It’s scary to see how stupid and reckless people can be with the health of others. Wear your god damn masks and shut the hell up! #toronto

Police said everyone has the lawful right to peacefully protest and officers were on scene for the safety of everyone.

Wearing masks was made mandatory inside all indoor public places on July 7. People refusing to wear them have since protested in stores, transit stations, on buses and other public spaces.

On Sept. 28, Ontario reported 700 cases of COVID-19, the highest record of cases since the previously recorded 640. The number of cases in Ontario currently exceeds 50,000.