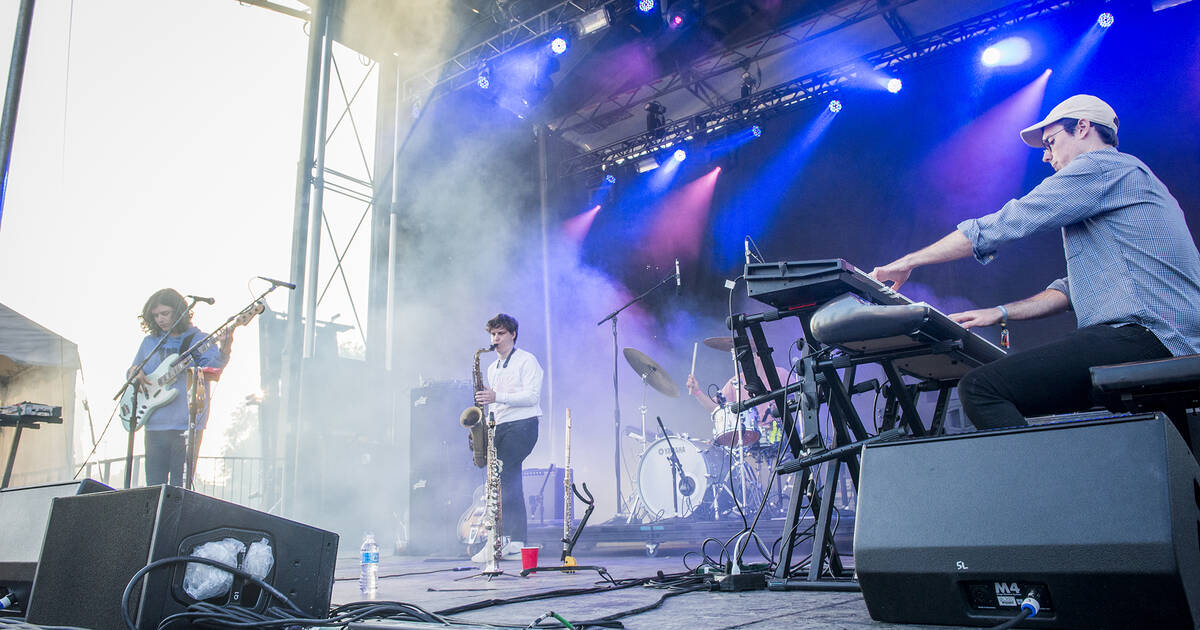 Independent record labels in Toronto are the backbone of the city's thriving and diverse music culture. Whether it's hosting various festivals, sponsoring shows or exposing up and coming artists, indie record labels are the driving force that pushes the development of Toronto's music scene.

Here are my picks for the top independent record labels in Toronto.

The premier indie rock label in Toronto features artists such as Broken Social Scene, Fucked Up and Badbadnotgood. They've made quite a name for themselves through the annual Field Trip festival that showcases many of their artists.

This label has represented some of Canada's best rock and punk bands such as Alexisonfire, City and Colour and Arkells. They also have a travelling record store, aptly named "Wax On Wheels" that they take on the road to promote their artists at various festivals and events.

This label has helped give some great indie rock bands major success. In their first year of operations, Paper Bag signed Broken Social Scene and released their commercial breakthrough album "You Forgot It in People". They've gone on to represent acts such as Sam Roberts Band, Born Ruffians and Tokyo Police Club.

Six Shooter Records' motto, "life is too short to listen to shitty music", matches with their artist roster in an interesting way. Their artists put a huge amount of effort into each release and people have been taking notice. Their roster includes 2014 Polaris Music Prize winner Tanya Tagaq and 2012 Juno nominees The Strumbellas.

New Damage has been showcasing some really great hardcore bands such as Cancer Bats, Architects and Silverstein and have had a strong presence in Toronto's punk scene. They host many different showcases for their artists such as the Stay Warm Fest.

Last Gang Records don't limit themselves to any specific genre but rather represent some of Canada's trendsetting artists such as Death From Above 1979, Crystal Castles and Metric. Last Gang brings a lot of international exposure to their artists through their offices in London and Los Angeles and have been featured on major TV shows, movie and commercials.

With a passion for vinyl and cassettes, Pleasence Records have worked tirelessly to uncover some of the best underground experimental acts in Canada. While they don't represent a specific genre, they show a strong passion for garage rock and odd punk bands such as Odonis Odonis, The Ketamines and Young Governor.

Royal Mountain Records feature DIY focused artists mostly from Toronto of many different genres such as indie rock act Alvvays, punk band PUP and alt-rock crew Hollerado. They even have a budget friendly studio in Toronto where they record most of their artists as well as other bands looking for a cheap spot to record quality music.

Originally operating from 1989-99, No Love shut down so owner Jakob Rehlinger could start his avant-garde label, Arachnidiscs Recordings. After getting enough punk submissions to Arachnidiscs, No Love made its return with releases from bands such as The Holy Gasp and Everything Is Geometry.

Plenty of recognizable, chart-topping acts including many bands with female members such as Weaves, Mother Tongues, Muncie Girls, ANAMAI, Dilly Dally and Twist have put out records with this label that's proven they have their finger on the pulse.

Pantayo, Lee Paradise, Soupcans, New Fries and Teenanger are just some of the bands that have put out albums with this label that isn't afraid to get gritty and experimental with the sounds they represent.

This specifically Canadian record label was established in 2020 by band Born Ruffians to release their own music including albums Squeeze and Juice.

Songwriter Jennifer Castle, dreamy band Absolutely Free and lead vocalist for the Constantines Bry Webb are all part of this whimsical label's catalogue.

This boutique independent record label with a focus on package design has made albums with artists such as Tasseomancy, Mimico, Deliluh, By Divine Right and Doomsquad.

This resource that encompasses a studio, rehearsal spaces, artist management and a record label is based out of a 12,000-square-foot former convent. It's a boutique imprint of Warner Music with a roster of artists that includes Our Lady Peace and The Tea Party.

by Staff via blogTO
Posted by Arun Augustin at 4:48 AM