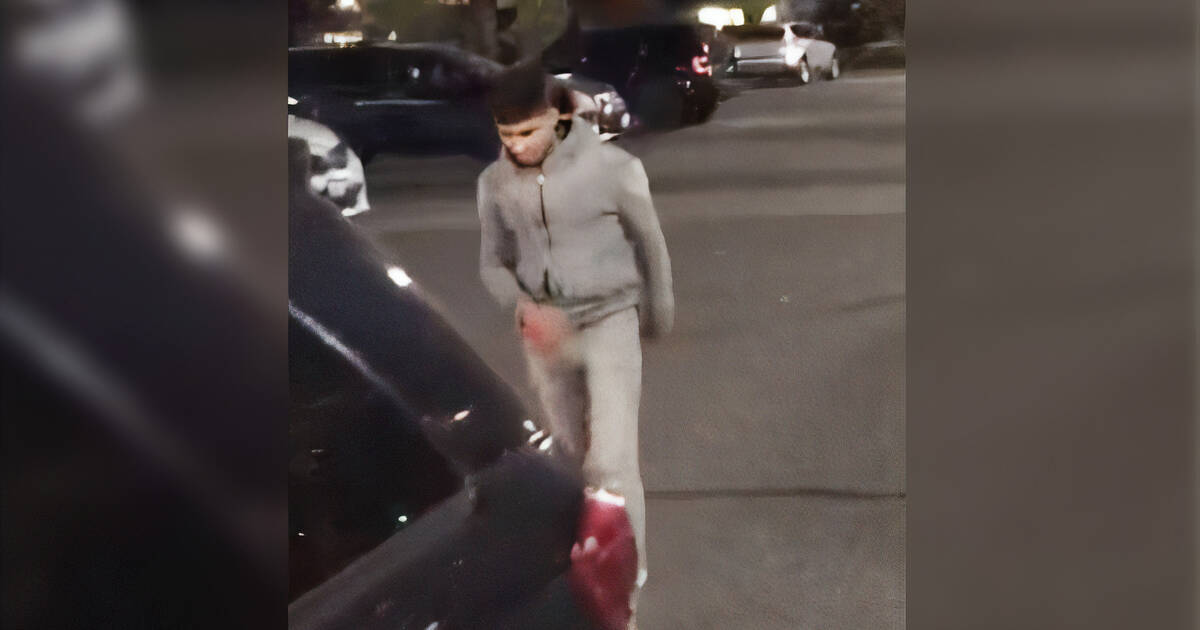 Toronto police are looking for a man who may or may not be named Faisel after someone got punched in the face and lost some teeth in an argument over face masks.

The suspect in question is said to have entered a convenience store near Don Mills Road and Gateway Boulevard around 9 p.m. on Friday, Sept. 18, without a mask — putting him in clear violation of Toronto's mandatory face covering bylaw.

Another customer "questioned the unknown man about not wearing a mask," according to police, and an altercation ensued.

The maskless man ended up punching the other guy in the face, breaking some of his teeth, and is now being sought as the suspect in an assault causing bodily harm investigation.

The suspect, seen here, was wearing a light sweater and light jeans at the time of the attack. Images via Toronto Police.

Police released security camera footage on Wednesday in the hopes of someone recognizing the puncher, who is described as "22-23 years, brown skin, tall, black hair, wearing brown clothing, spoke Dari, and was possibly called Faisel."

This isn't the first mask-related freakout we've seen in Toronto since the city's new COVID-inspired bylaw came into effect on June 7, but it may be the first physical fight involving an outbreak of fisticuffs.

One man destroyed a display shelf at Pizza Pizza in July, for instance, while raging about another customer's lack of mask usage. Another man responded to a question about masks with a racist tirade at T&T Supermarket.

With coronavirus case numbers rising quickly again and people in Toronto more adamant than ever about wearing their face masks, it stands to reason that this won't be the last such scuffle we see.