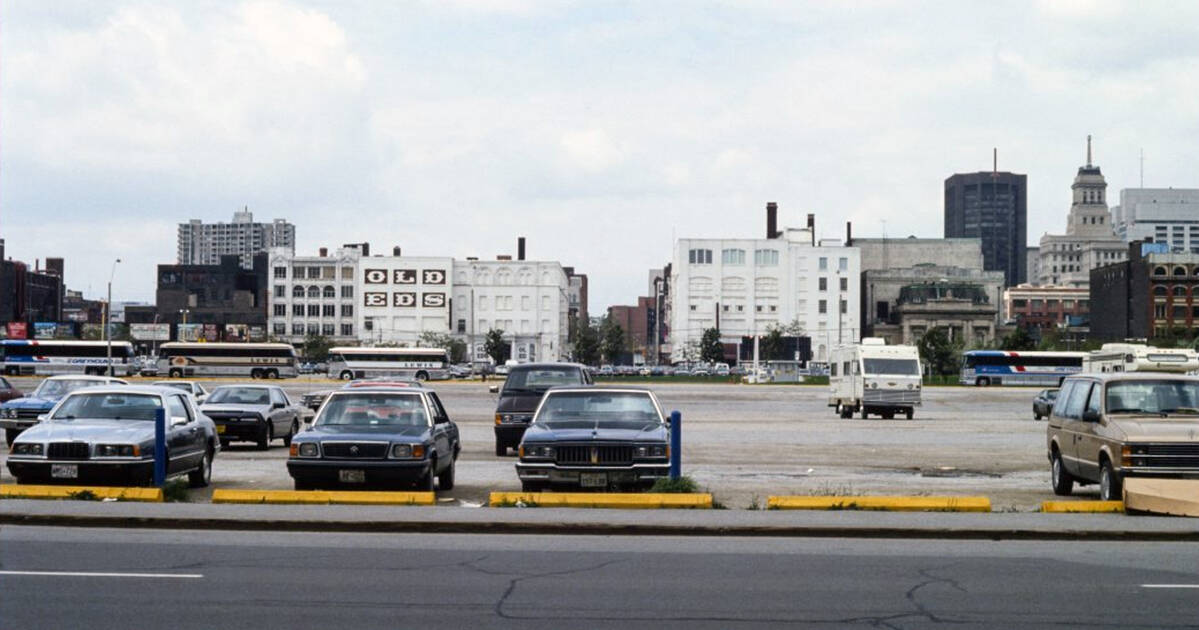 Contemporary Toronto is a city with impressive density, particularly throughout its central downtown area, where development has taken place at breakneck speed since the first condo boom in the 1980s.

Cranes fill the sky, streets are populated with people, and open space is at a minimum.

It wasn't always this way. Go back 40 years, and Toronto is a city in transition. 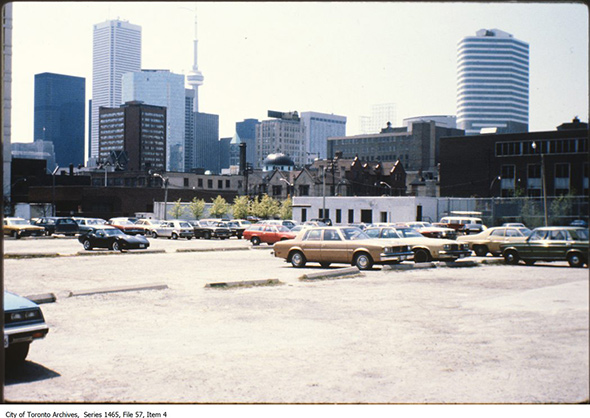 The 1960s and '70s brought the first wave of modern development in the city, giving birth to the Financial District, slab apartment buildings, and massive projects like the Eaton Centre, but these additions oddly underscored the emptiness that surrounded them. 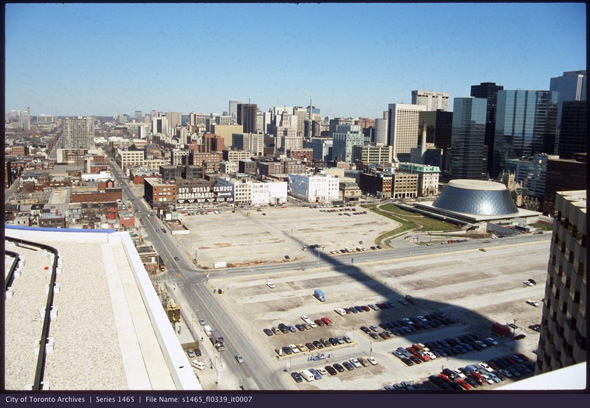 By getting bigger, Toronto actually looked more empty. For every new skyscraper, the adjacent parking lot looked even more out of place, an incongruous juxtaposition that defined our downtown throughout the 1980s.

We were a city on the brink of great intensification, but even with massive redevelopment, it takes decades to fill everything in. 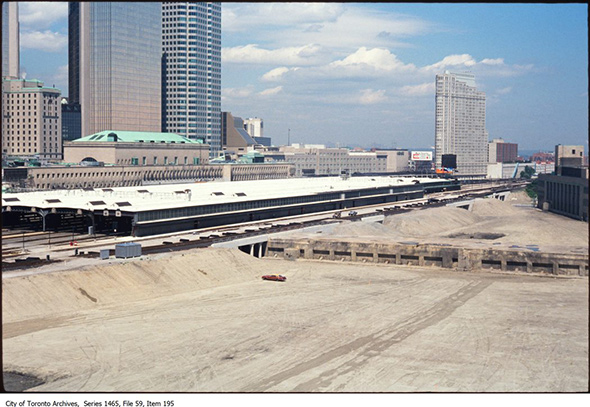 Huge sections of downtown Toronto were still largely empty through the 1990s and early 2000s, as the Railway Lands were converted to vertical neighbourhoods.

For a few years, the whole area around the Rogers Centre was a wasteland, a sight that's practically inconceivable these days. 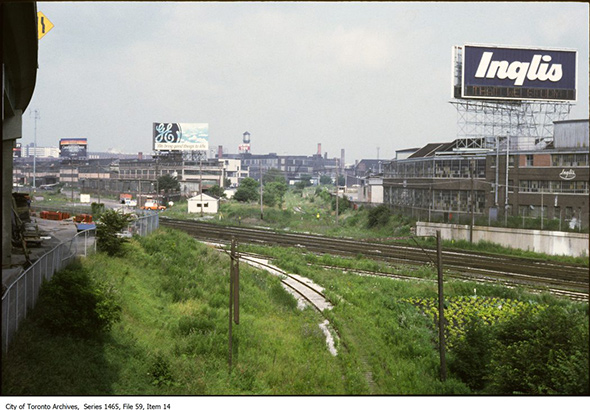 Outside of the core, areas like Liberty Village had yet to witness the rise of the condo, which meant a general lack of human activity on the street.

People still worked here, but it was a ghost town at night, and there was no retail to speak of. On weekend mornings, you might see the occasional bakery delivery truck but not much else. 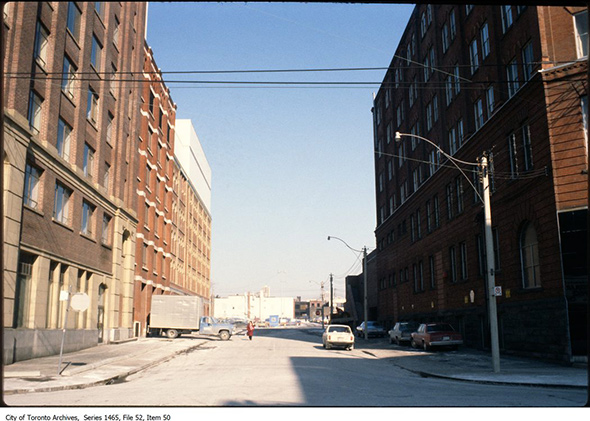 To the east, the Distillery District and much of the surrounding area looked like an abandoned film set (on occasion this was literally the case).

There were old buildings here, but good luck finding a photo of more than a couple of people on the street. The area we now call the West Don Lands was just a collection of warehouses and gravel yards. 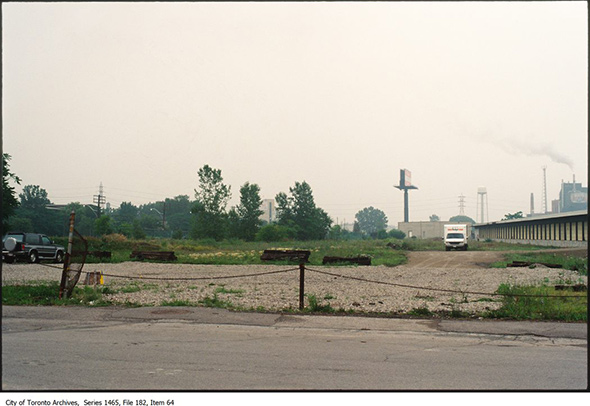 The condofication of Toronto has taken its fair share of criticism, and often rightly so, but jumping back just a few decades shows just how profoundly our development boom has animated the city's streetscape, not to mention its skyline. 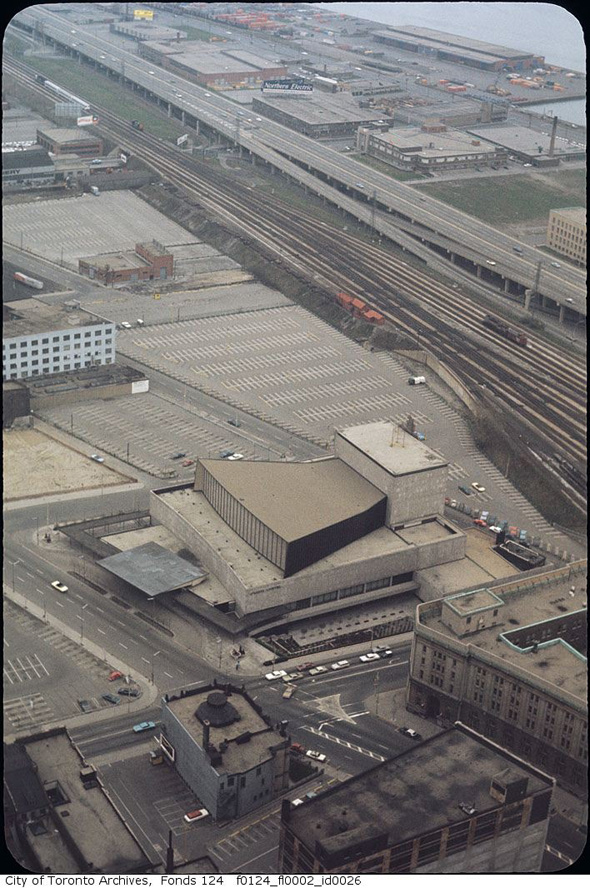 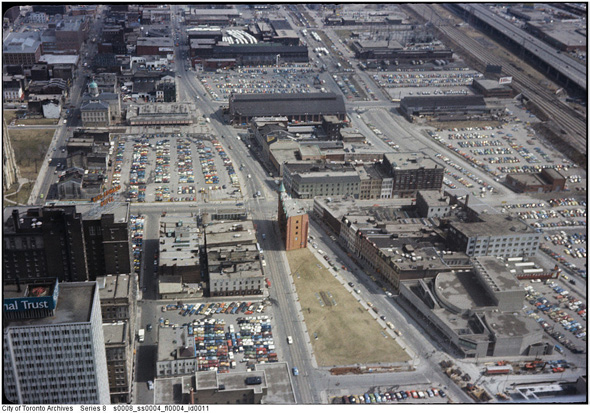 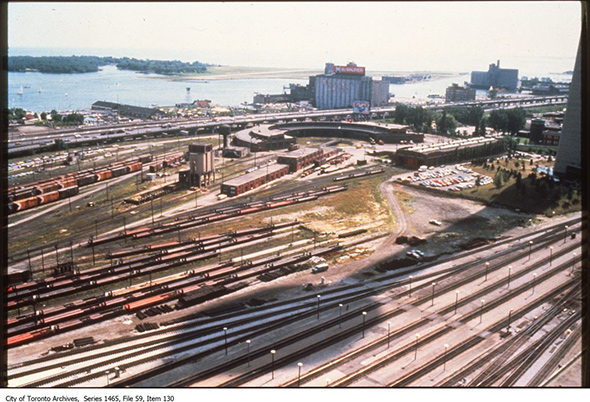 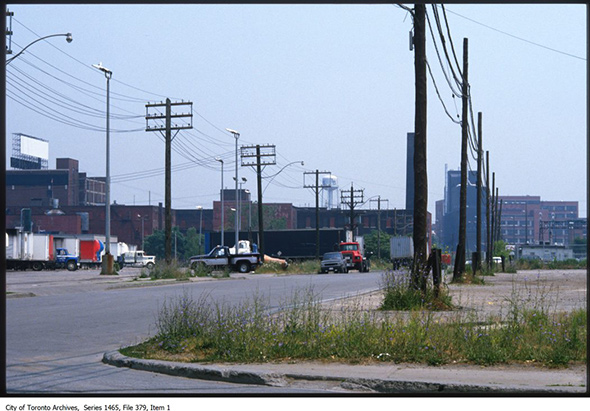 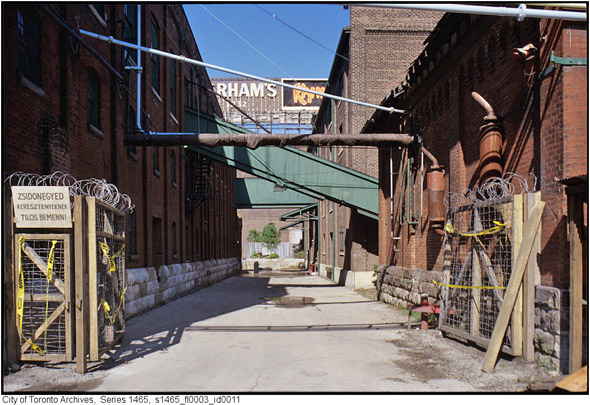 Distillery District prior to redevelopment acting as a film set in the early 1990s. 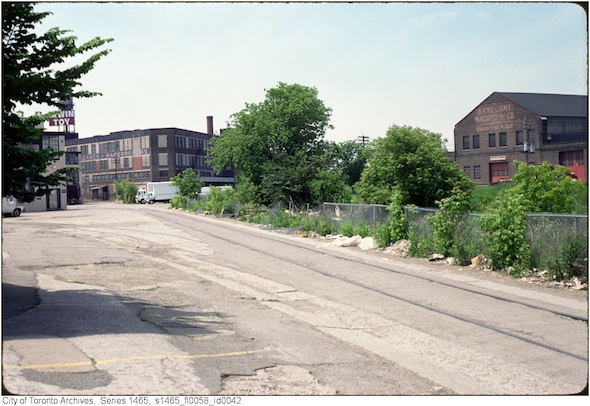 View from the CN Tower looking west in the 1990s.