Salmon are being spotted jumping from Toronto rivers 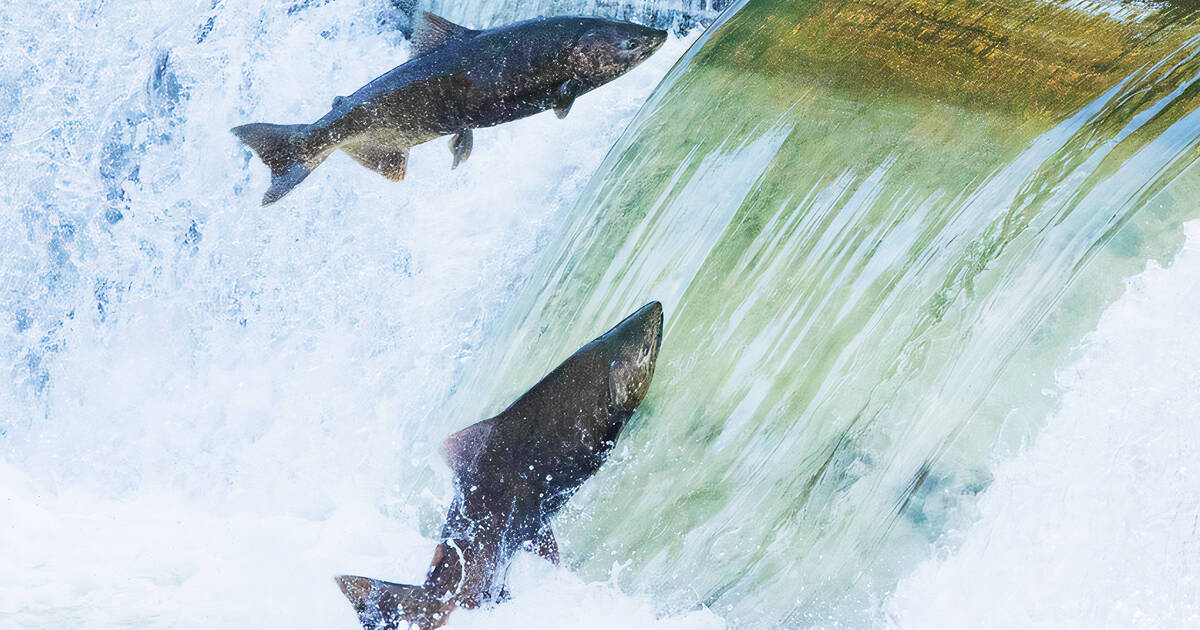 It's the onset of autumn in Toronto: the winds are cooling, the leaves are changing, the midges are swarming and the Chinook salmon are putting on a show as they spawn in local rivers.

Salmon swimming up river to spawn. A sure sign of #Autumn in #Toronto. Now is the time to visit Higland Creek @UTSC or @RougePark to watch this amazing spectacle! pic.twitter.com/8w1f74Foed

We're currently at the height of the annual migration season for the fish, who venture upstream from Lake Ontario toward the surrounding suburbs to release their eggs.

As such, residents out hiking and enjoying nature in parts of the city have observed the creatures swimming through the Humber, Rouge, Credit and Don Rivers, among others, in recent days.

The lucky ones have even been able to catch a glimpse of the aquatic animals jumping through the rushing waters with a flourish, in all of their glory.

The leaps are a very necessary part of the journey, on which the fish have to push against the strong current and even clear major obstacles like dams.

Fortunately, conservationists often install helpful tools such as fish ladders (yes, they're a real thing) to help the scaley boiz and gals on their journey (yes, both sexes make the trip together). 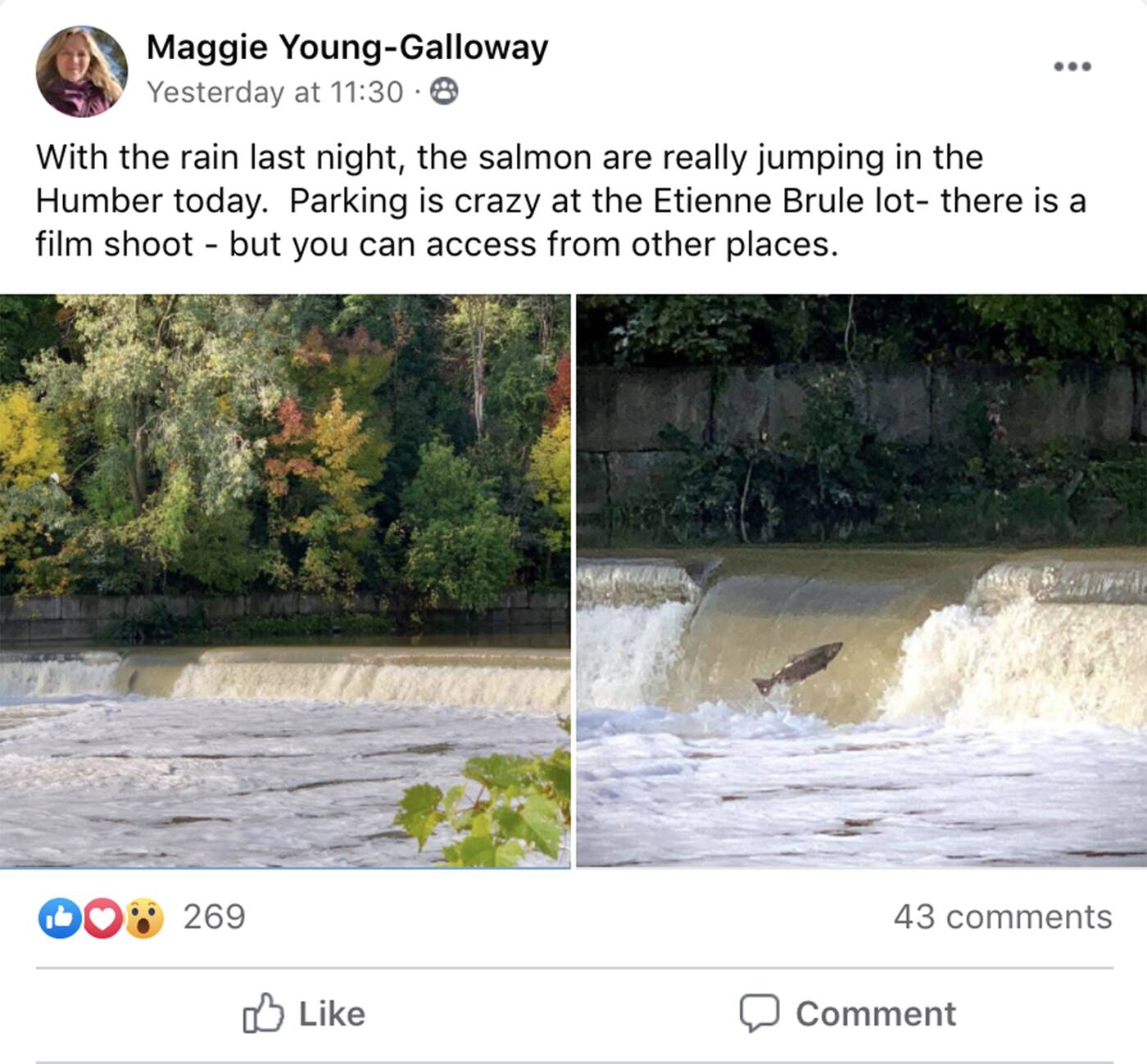 Thousands of the salmon course through Toronto's rivers for about a month each fall, carrying their millions of eggs that can end up dozens of kilometres away.

They're quite a sight, especially with how large they are: adults average around 20 kilograms in weight and can reach more than a metre long.

Unfortunately for anyone who may find themselves cheering on their fishy friends, Pacific salmon die after spawning — but their offspring will be back to do the same thing next year.