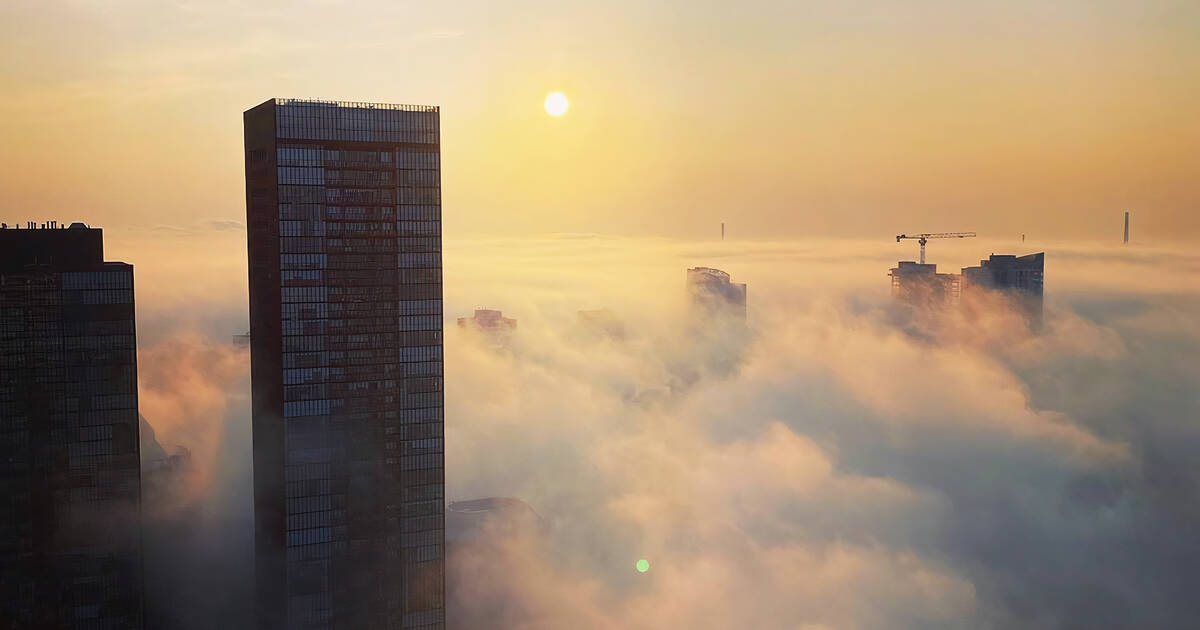 Between the unseasonably warm temperatures and the freaky-looking fog that descended upon Toronto this weekend, the city felt truly caught between patio and spooky season.

The #fog burned off quickly, but sure was a sight to behold in #Toronto. ☁️ pic.twitter.com/rbdw7B9eYv

Residents got out to enjoy the summer-like weather of both Saturday and Sunday, with the latter day feeling in the 3os — certainly unusual for late September.

What was also undeniably unusual was the thick fog that rolled in on Saturday morning, obscuring much of the city from view.

That is one great photo. Eerie and beautiful. #Toronto #fog #sun https://t.co/ez7S2x5ynH

Residents took to social media to share some epic photos and videos of the weather phenomenon as they tried to navigate the city.

Toronto woke up to a thick coat of fog this morning, making the city look more like a scene from Stephen King's The Mist. #Toronto #ONwx #ShareYourWeather @StephenKing https://t.co/iAQ1l9YFvD

The views from the higher floors of condos and office towers looked especially cool and disquieting.

In this case, the mist was the result of warm, humid air from a hot weekend being cooled to the dew point overnight — called radiation fog — which is most common in the fall.

The lack of wind lent the perfect conditions to the morning, and kept the clouds lingering around ground-level well into daylight hours.

The city appeared as if it was fully in a cloud — agreeably a little unsettling, but also quite peaceful, especially given the chaos that the COVID-19 situation has been causing as our case numbers soar.

Toronto fog from my window this morning 🌫 When I woke up I couldn’t see anything outside, above or below me pic.twitter.com/zz0zzGv3fA

It was definitely nice to feel like we were walking around in some otherworldly place for a few hours, and not stuck at home bracing for a second wave of a pandemic that is taking lives and destroying the economy.