The history of the Opera House in Toronto 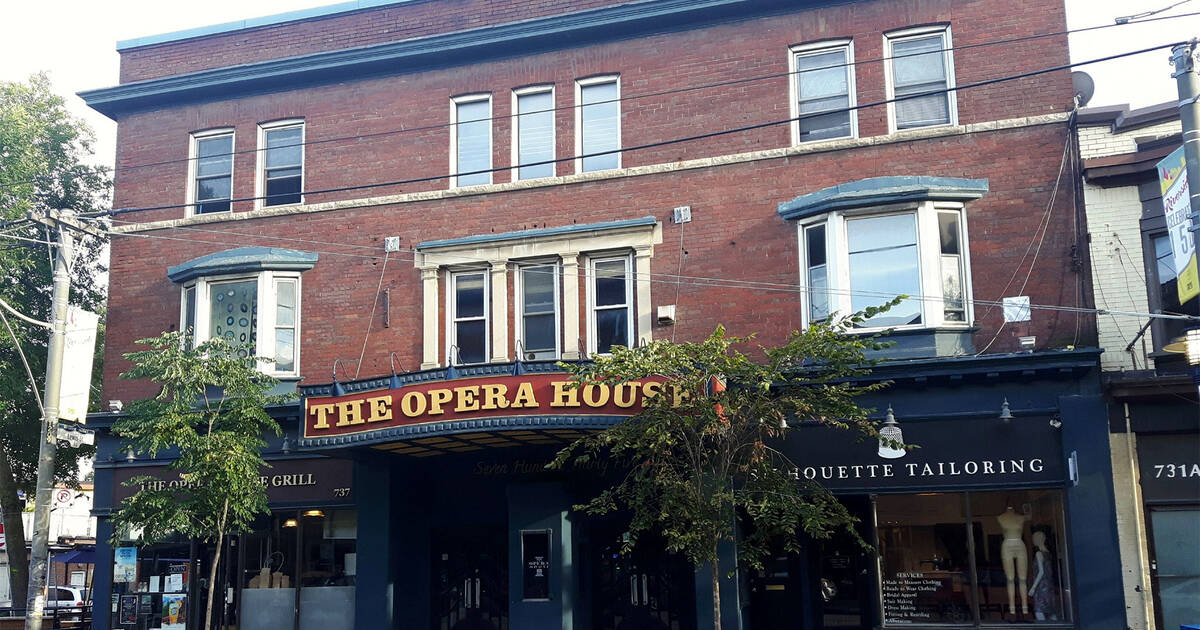 A number of Toronto music venues had previous incarnations as movie theatres, but unlike the Danforth Music Hall and Lee's Palace, the Opera House began its life with live music being an integral element.

Built in 1909, it was originally known as the Vaudeville Theatre. It offered (as you might expect) vaudeville-style variety shows.

Featuring music, comedy, burlesque and other types of performances, vaudeville was extremely popular in that era, and it was just one of 50 other theatres operating in Toronto.

The Riverside neighbourhood of the time was predominantly working class, and many of the local residents worked in the area's nearby nurseries and brick making factories.

These industries provided them with enough disposable income for entertainment that the Vaudeville Theatre flourished, at least until the advent of moving pictures led to a rapid shift in how the working class were spending their leisure funds. 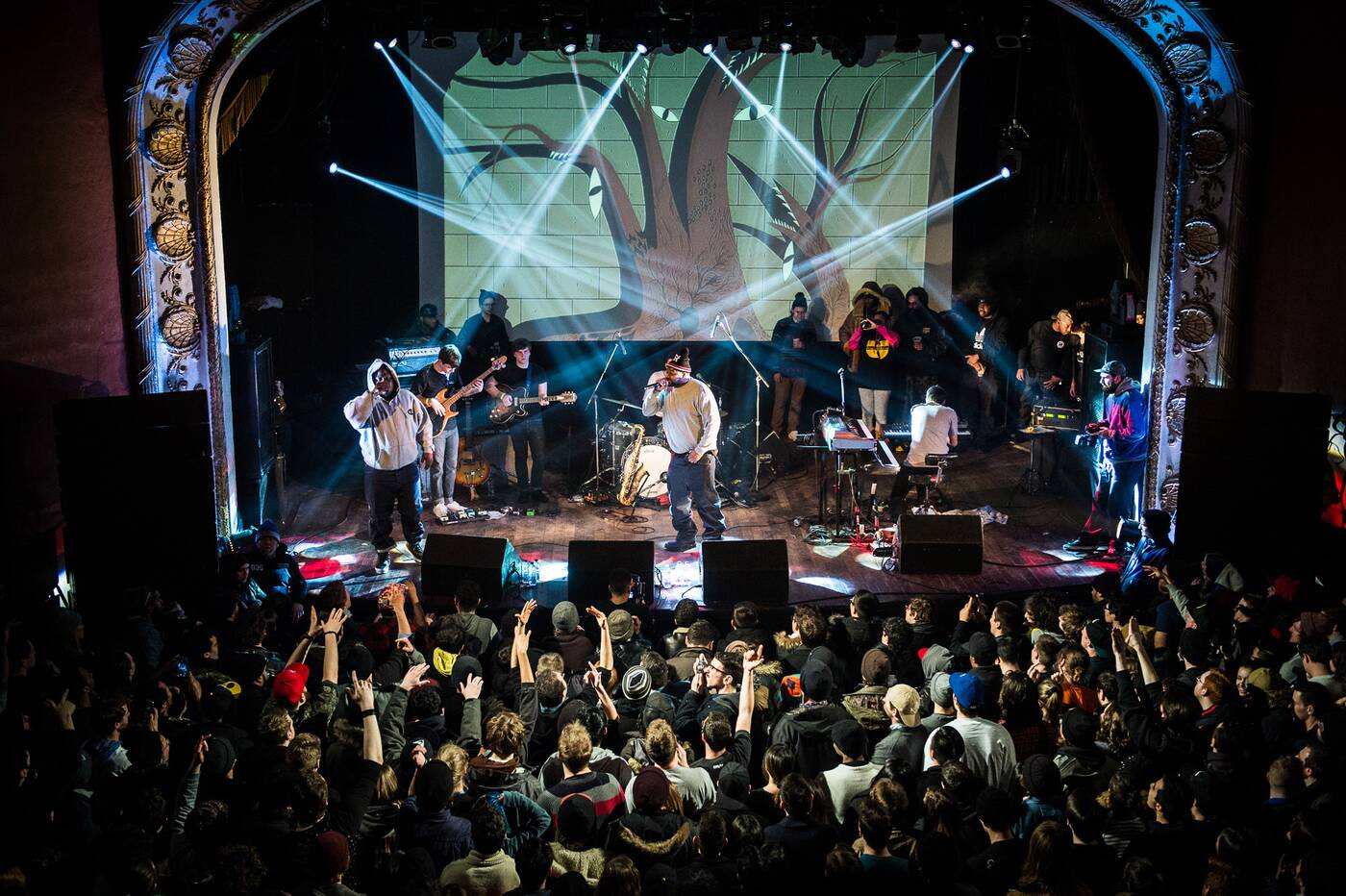 Ghostface at the Opera House in 2015. Photo by Matt Forsythe.

Out went the performing arts, and in went projectors (the remains of which can still be seen on the balcony level).

From the 1930s to the 1960s it operated as a variety of different movie theatres, including La Plaza Theatre, Acropolis, Cinema Ellas, and the Dundas.

It tended to play mostly second run films and B-movies, and at one point in the 50s, they even offered free dinnerware to women to attract them.

In the '60s the venue was re-christened the Opera House, and the focus started to shift back to live entertainment, in part because multiplexes were bleeding customers away from single theatre movie houses.

By the '80s, it was seeing fewer and fewer big name acts, but it did start hosting theatrical performances again, including a run of the gospel musical Mama I Want To Sing. 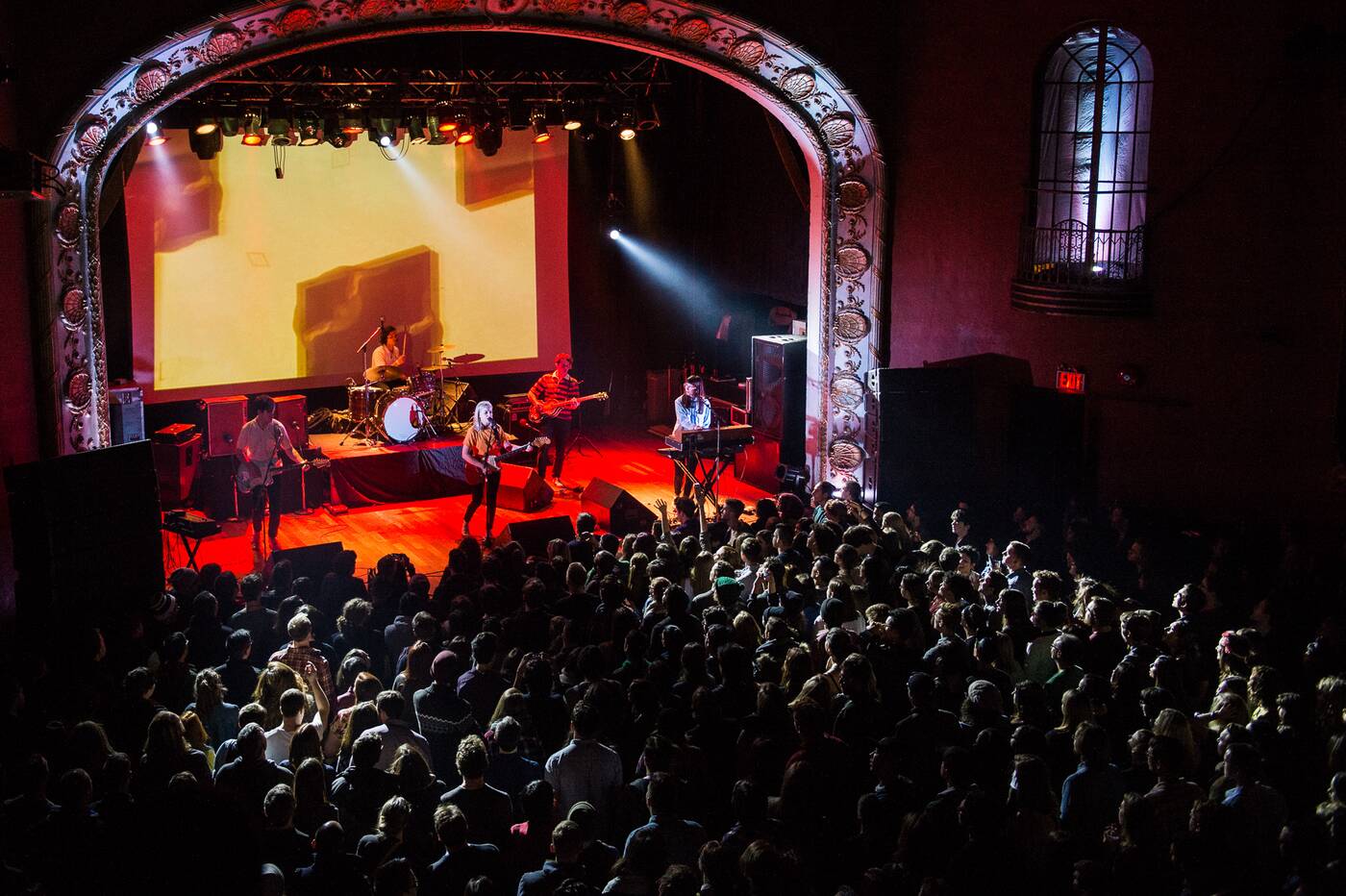 Alvvays at the Opera House in 2014. Photo by Matt Forsythe.

In late 1989, the current group of owners took over the space and turned it into the venue we know it as today.

If you went there in the early 90s, you'd barely notice most of the changes made since, at least in terms of the general aesthetic.

The sound system, lights, and overall facilities have all been upgraded over the years, but it's still got the feel of a grimy club, set up inside an old opera house. Of course it never actually functioned as an opera house, 35-foot proscenium arch notwithstanding.

With an 850 person capacity (including the balcony), it has historically hosted many up-and-coming bands just as they were about to break, and continues to be used by a variety of promoters to this day for acts that tend to go on to play much bigger rooms when they return.

Perhaps the most infamous example of that was Nirvana's sparsely attended pre-stardom 1991 appearance, immortalized on grainy video.

The room hosted many other grunge acts of that era, but it also played a key role in the early rave scene, often ending up as the last minute backup venue when rival promoters called the cops on their competitors semi-legal warehouse venues.

Their willingness to book all-ages events means that multiple generations (and genres) of Toronto music lovers have some of their earliest nightlife memories in that room.

In an era when promoters sometimes struggled to find venues receptive to genres like hip hop, punk, rave, and metal, the Opera House was always an option in the 90s.

As it's more of a rental venue than a club with a defined identity, the names who've played its stage span a huge range of genres.

Eminem, Rage Against The Machine, Richie Hawtin, MIA, DJ Shadow, A$AP Rocky, Caribou, Blur, and LCD Soundsystem have performed there, but so have countless high school kids playing battle of the bands events, and hundreds of black metal bands.

In an unconscious nod to its vaudeville past, it even hosts burlesque and comedy events. 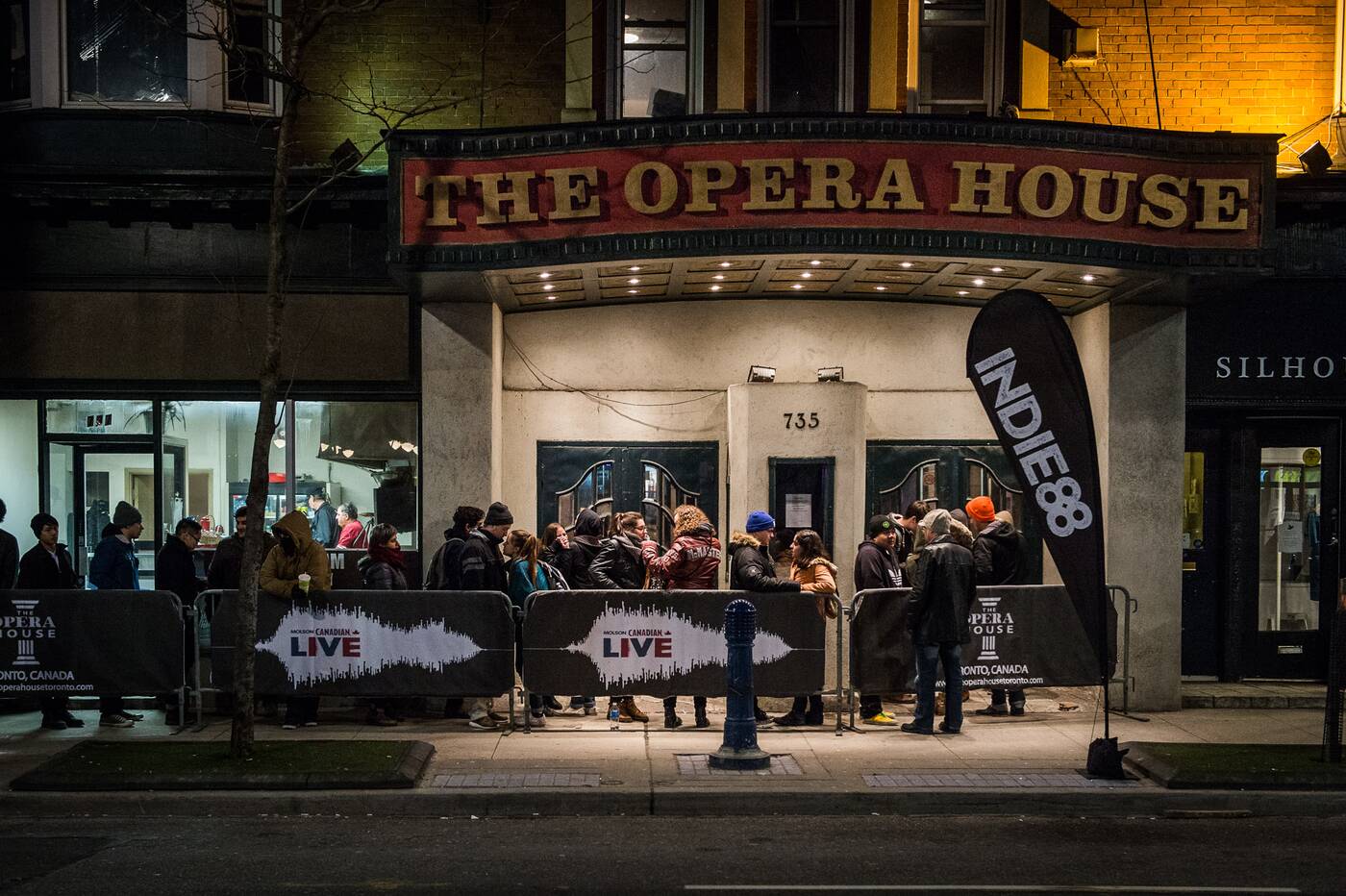 A line outside the Opera House in 2014. Photo by Matt Forsythe.

The surrounding area has changed a lot in recent years, and that may signal change in the venue's future fortunes. Hopefully the inevitable NIMBY backlash will be postponed for a while.

However, the Opera House's longevity has proven that there's an ongoing demand for concert halls of this size with an open-minded booking policy, willing to take on the kinds of shows that fancier places might turn their noses up at.

by Benjamin Boles via blogTO
Posted by Arun Augustin at 4:48 AM