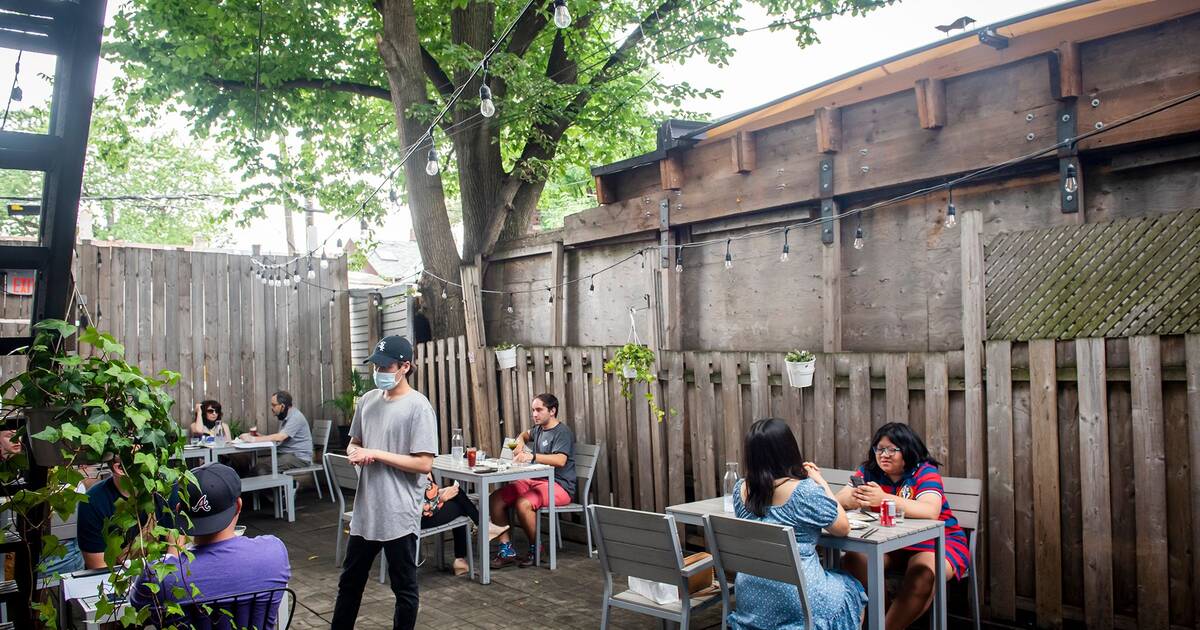 Toronto's top doctor announced today that she'll be recommending a number of additional health measures for restaurants as new cases of COVID-19 continue on an alarming upward trend, including reducing table capacity limits and requiring that contact information be collected for every patron.

Speaking during the city's COVID-19 press briefing Monday afternoon, Medical Officer of Health Dr. Eileen de Villa said there is an immediate and rising risk of transmission in Toronto, especially in the hospitality sector, and Toronto in particular is in need of additional measures to help curb the spread.

"As a large, dense and mobile city, and particularly as a population centre for young people, Toronto is seeing a sustained increase in infections," she said.

"I believe we can build on the provincial action so the city can first arrest the spread of COVID-19."

Later this week, Dr. de Villa said she'll make a number of recommendations to city council including reducing the number of patrons allowed in bars and restaurants from 100 to 75, requiring that contact information be collected for every patron instead of one per table, reducing table capacity numbers from 10 to six, and requiring that background noise (such as music) be no louder than conversational levels.

Additionally, Dr. de Villa will recommend that municipal bylaws introduced to help govern the city amid the pandemic, such as the social distancing and mandatory mask bylaws, be extended until city council's first meeting in 2021.

I'm recommending actions to address the concerning increase in #COVID19 cases. We all play a role: as much as possible limit contact with anyone you don’t live with & keep 6 ft apart, wear a mask, wash your hands, & stay home if sick. Read my statement: https://t.co/xf9dS9bUlT

"As your medical officer of health, I am acting to implement new actions as swiftly as possible that reflect the seriousness of the infection levels we are seeing," she said. "Where I can act under my own authority, I will."

"I fully support these measures and I will be working hard to persuade my colleagues to support them as well, though I don't think much persuasion will be required because they just make sense," he said, adding that the goal is to introduce effective measures without having to shut down the economy or close schools again.

"All of these measures are based on the best public health advice that we can get right now."

During Monday's press conference, Mayor Tory and Dr. de Villa also encouraged residents to keep socializing to a minimum and instead "revert socially to something closer to what we expereinced in the spring," meaning maintaining a once-recommended social circle just might not be realistic at the moment.

"The most important thing to note is that you get COVID-19 from people, not from places. And in a big city like ours, people are everywhere," said Dr. de Villa.

She said that while social bubbles were a sensible approach to exiting the strict isolation we experienced in the spring, with the reopening of businesses and schools as well as the subsequent increase in cases, times have changed.

"Aside from interaction at work and school where many precautions are in place, please try to stick with the people that you live with," said Tory.

"We have done this before, and now we have to do it again. And I know that this great city is more than up for it."