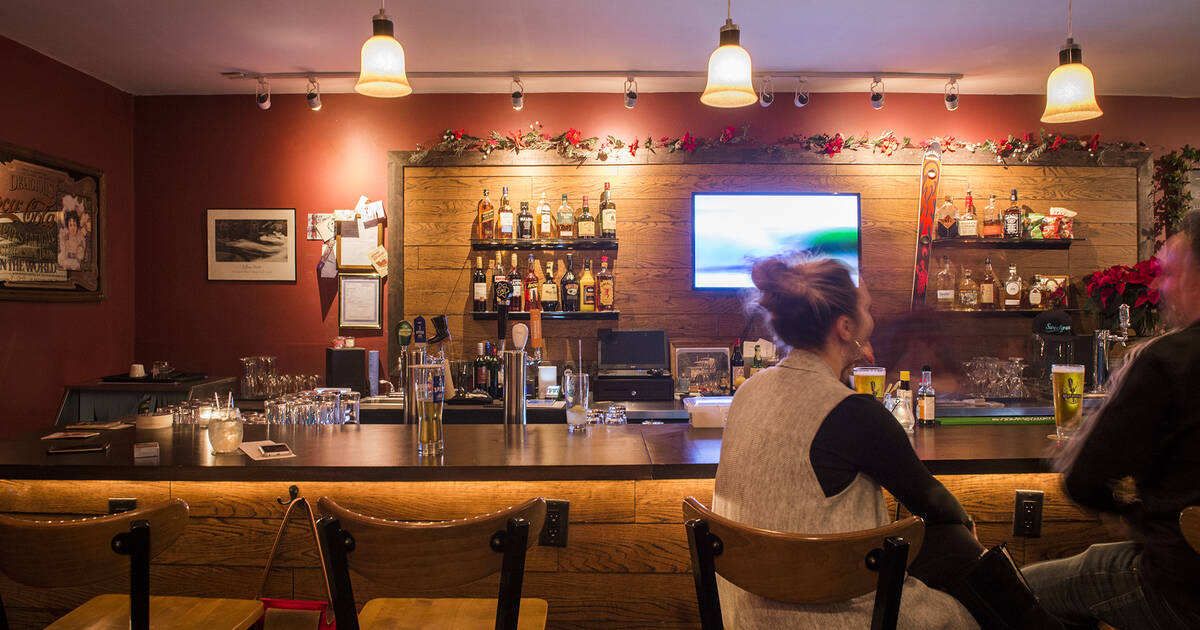 Toronto bars and restaurants were recently ordered to impose an 11 p.m. last call under new restrictions, much to the frustration of many who argue they make most of their money after that time of night.

Lloyd's on Queen posted a photo of Eileen de Villa to their Instagram story recently with the text "We're not going to shut down bars and restaurants. We're just going to create a scenario where it's nearly impossible to stay in business," tagging de Villa and several media outlets.

It's not the first time they've spoken out against the curfew on social media, posting a photo of a sandwich board reading "come in for a drink, unless you're Doug Ford" with the caption "Open until midnight because 'nothing good happens after midnight,'" attributing the quote to Doug Ford but it was actually Toronto Mayor John Tory's words on the earlier closing times.

"I feel as though all bars are being punished all across the province due to the wrongdoings of a few. King West comes to mind. John Tory has repeatedly mentioned that bars and restaurants who are playing by the rules are not significantly contributing to the rise in cases," says Ryan Lucier, owner of Lloyd's.

"So why do I lose my most profitable hours of operation? I have been playing by the rules since day one, and so have a lot of other businesses. Yet, we're being vilified. The very first day of 11 p.m. curfew I looked at my Instagram stories and after the bar, people just ended up going to house parties."

He feels the spread of infection would actually be more easily curbed at bars, where rules and sanitation practices are in place, and that the city and province are letting bars operate to pretend to be pro-business while restricting the most profitable hours.

Rachel Conduit and Mike Reynolds of Farside echo that those are their busiest hours as well. They recently posted on social media they'd be open earlier for "fuck it hour" from 5 p.m. to 7 p.m.

"It's limiting our ability to generate enough income to stay afloat. Cutting three hours off the end of our service means we need to make our earlier hours busier. And in the current climate, bars and restaurants shouldn't be 'busy.' I would say most bars and restaurants have been following the safety precautions very well," they wrote in a statement.

"This 11 p.m. curfew insinuates that we aren't capable of keeping everyone safe and distanced. Instead of a blanket curfew, I think bars and restaurants would appreciate an inspection based system. Just like Alcohol and Gaming officers come into establishments to ensure rules and protocol are being followed, Toronto health could do the same."

They think operators would appreciate knowing if they're on the right track or could use improvement in terms of safety protocols, and that fingers are being pointed at restaurants, bars and young people going out right now while many other factors might be ignored.

"On a social level, the curfew is a deterrent for all night life, sending the message that going out to eat or drink is irresponsible. That social fear is going to have a huge effect on bars and restaurants. We don't want to have to compel people to take risks," wrote Conduit and Reynolds.

CST (covid savings time) in effect from right NOW! Open early today, for all the patio/indoor/bottle shop action you can handle. Remember: everything grinds to a halt at 11 sharp!

Chez Nous owner and operator Laura Carr shares Lucier's concerns about people going off to unattended parties after bars close early, saying "the latest restrictions seem pretty short-sighted," and "drinkers are going to drink regardless of when you tell them to stop."

"Driving them out of places where at least there's someone, i.e. bar staff, keeping an eye on the social distancing/mask wearing/etc is only going to drive people to gather at house parties or illegal after-hours or doorsteps or wherever," says Carr.

She says most of her customers around the hours of 11 p.m. to 2 a.m. are non-rowdy industry types stopping in for a quiet drink on their way home from work, and argues that if we want to keep up social distancing bars should actually be open longer so people aren't pressured to cram into spaces all during one set of hours.

"It seems glaringly obvious to me that the people who make the rules have no real sense of how the industry functions," says Carr, discouraged by the constant uncertainty she lives with as a small business owner. "This makes it impossible to plan, or project, or even do simple day-to-day things like order stock."

Carr says the analogy she's come up with is that being a business owner right now is kind of like training to play baseball and then being told you're going to play cricket. The effect this curfew is having on independent bars is a reminder that we still have a long way to go before getting back to anything resembling "normal."