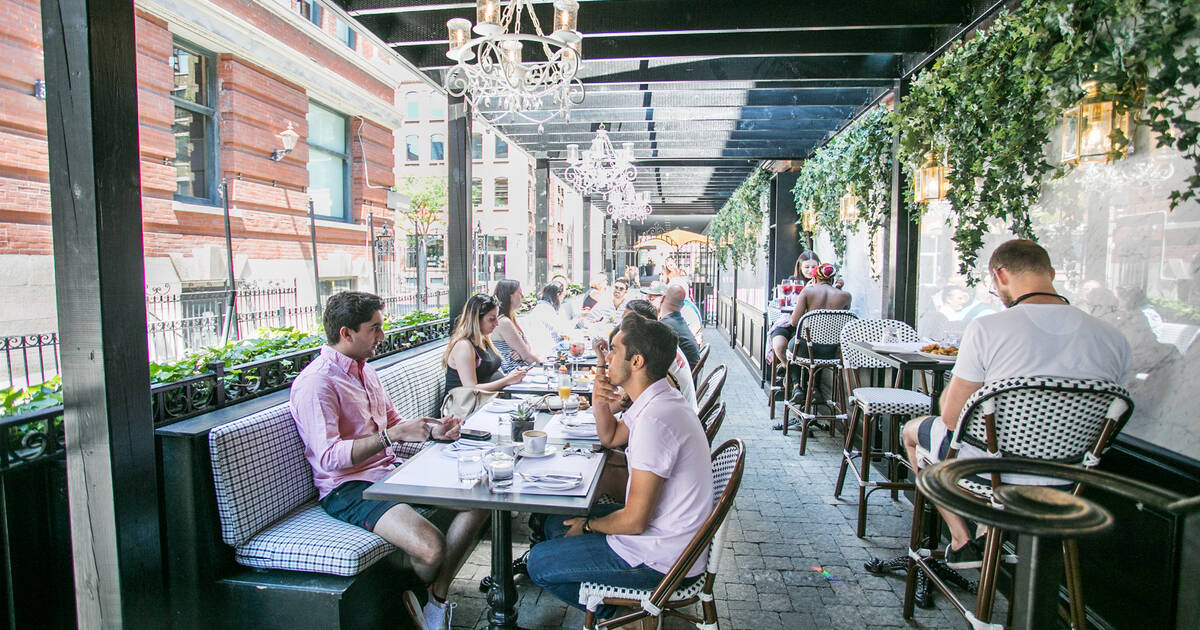 MARBL and King Taps restaurants have put out statements after they were shut down by Toronto health officials due to COVID-19 concerns.

On Friday, city officials closed four businesses — three of which were confirmed as MARBL, King Taps and Casa Mezcal, on King Street — for different specific reasons, according to a release from the City of Toronto.

MARBL, located on 455 King St. W posted on Instagram saying, “Due to unforeseen circumstances, Marbl will not be open this evening for service and will remain closed or the remainder of the weekend.”

A video of a birthday party with tens of people at the closely packed restaurant was posted on Twitter in early July.

MARBL on King St. has once again shown they don’t give a damn about physical distancing.

Here’s an Instagram story I was sent from a birthday party last night: legit dozens of people shoulder to shoulder. It ends with a conspiracy image which implies the virus isn’t real. pic.twitter.com/qanaYT592T

Negative reviews for MARBL, which was shut down by Toronto Public Health yesterday for safety violations, are pretty telling. pic.twitter.com/feZpKSxei7

One business has served food buffet style, which is prohibited under existing provincial regulations to limit the spread of COVID-19.

Another business has been uncooperative with investigators, significantly impeding investigation efforts. Staff have also been found to be working while ill or pressured to work while ill.

King Taps on 100 King St. W  took to Instagram to notify customers of their closure. “The wellbeing of our guests and staff is our highest possible priority and we are cooperating fully with Toronto Public Health,” they said in a post.

We are temporarily closed. The wellbeing of our guests and staff is our highest possible priority and we are cooperating fully with Toronto Public Health. To that end, a deep clean of the restaurant is being conducted and a review of onsite practices and protocols is under way. We will work with Toronto Public Health to determine our re-opening date. Guests who visited on September 6,9,10 and 11 may wish to contact Toronto Public Health. We strictly adhere to the health and safety guidelines set by government agencies and health authorities and have also taken additional measures to keep our restaurants safe. Specific measures that have been adopted include: seating groups six feet apart or with a physical barrier between tables, hand sanitizer is available throughout the restaurant, limiting group size to a maximum of ten people, mandatory usage of masks and other PPE by staff, use of tap and credit only for payment, and rigorous cleaning and kitchen protocols. In addition, specific training procedures have been implemented for all staff.

“A deep clean of the restaurant is being conducted and a review of onsite practices and protocols is underway. We will work with Toronto Public Health to determine our re-opening date.”

King Taps also said that customers who visited on Sept. 6,9,10 and 11 may want to contact TPH.

TPH said the restaurants will remain closed until the officer of health is satisfied that they have complied with her orders.

The identity of the fourth restaurant is not yet publicly known as it's in the process of being served.

Yonge Street Warehouse, Regulars bar and a number of Church St. bars and restaurants have also recently been sighted as other sources for COVID-19 outbreaks.