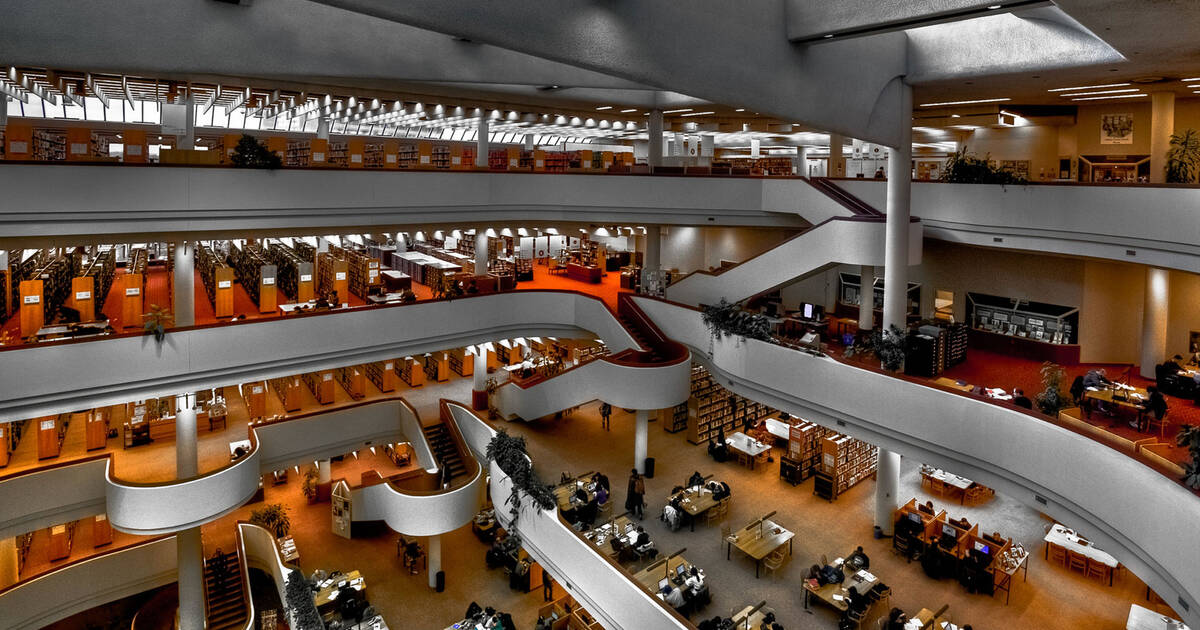 A Toronto Public Library branch could one day be named after you — as long as you have millions in the bank to spare (and maybe have been dead for two years, at least.)

The city's public library board has just released some new guidelines for how Toronto's libraries, and the spaces within them, get their names.

The goal: to accumulate funding for the TPL Foundation by way of donations from Toronto's moneyed folk with the promise of naming opportunities for library branches, rooms, programs or collections.

According to the TPL Foundation, it'll cost a hefty amount to even get the conversation going around getting a branch renamed after you.

"The Framework is intended to set minimum gift thresholds only; it is presumed through case-by-case review of those opportunities that donors identify at specific branches may be set higher," according to the framework document.

For example, the "minimum gift level threshold" for a neighbourhood branch is about $1 million, while learning centres and program rooms run about $75K each, and spaces like second-floor meeting rooms and reading areas cost about $50K.

Meanwhile, district libraries start at $5 million and theatre spaces in branches like Fairview and Palmerston cost $500K. The North York Central Library, which sits at Mel Lastman Square, starts at $15,000,000.

And naturally, being the city's most prized library branch, the Toronto Reference Library takes the cake for the priciest renaming threshold with a starting price point of $30,000,000. 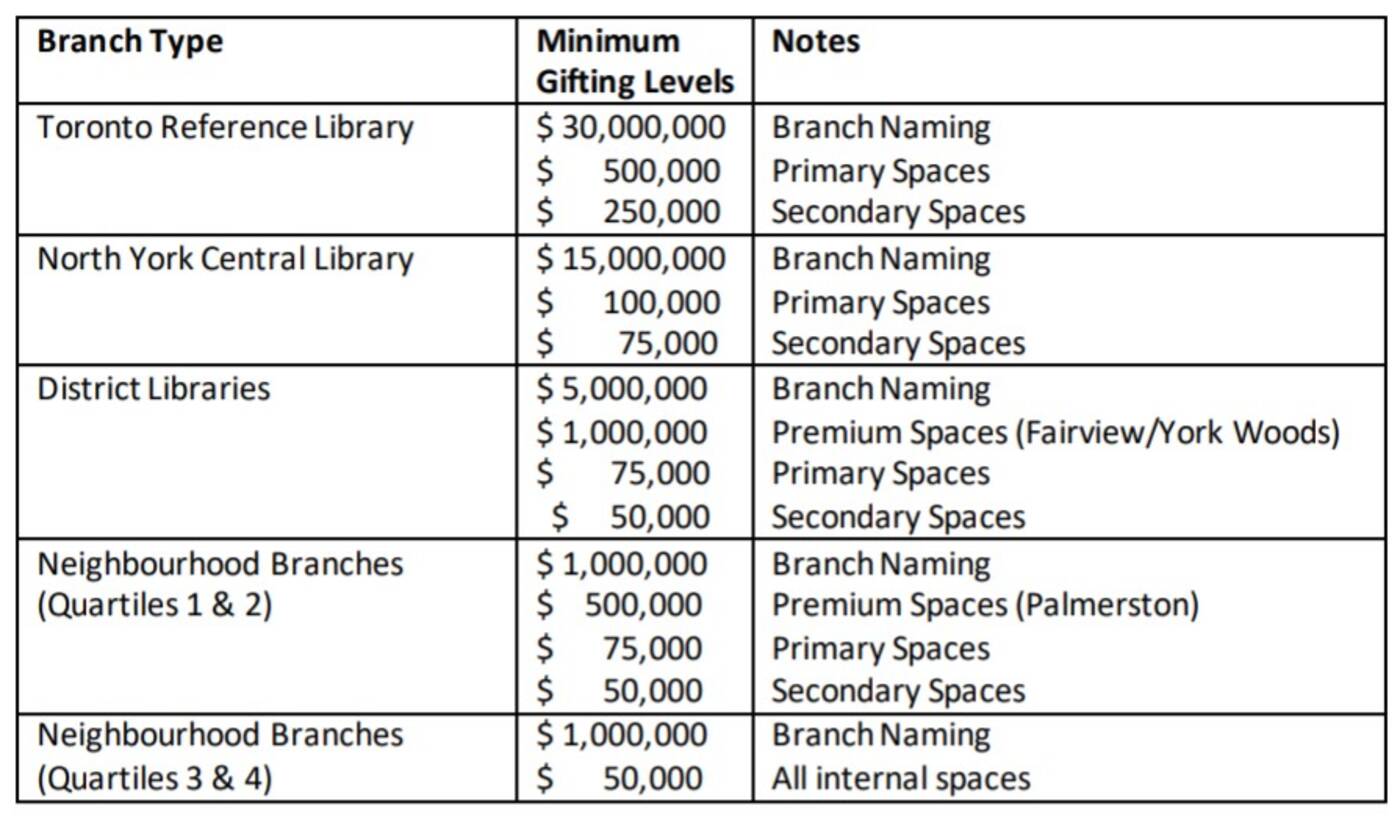 A guideline from the TPL Foundation shows the "minimum gift thresholds" for naming opportunities at TPL branches. Photo via TPL Foundation.

It's not as simple as writing a cheque and expecting your initials on the facade of the building by the next day.

The Toronto Public Library has had a fairly established naming policy since 1913 when branches were mostly named after their geographic locations or neighbourhoods.

There are already branches and rooms named after notable people in the TPL system, like the Barbara Frum Branch in North York, or The Bram & Bluma Appel Salon in the Reference Library.

The former was named in 1992 in honour of the late, Order of Canada-winning journalist, while the latter was named after a hefty donation came from the Bluma Appel Community Trust.

Today, the library will only consider renaming areas after a donor or sponsor "in recognition of significant financial gifts, or gifts in kind, to the Library."

Criteria for renaming includes "the distinction, reputation and integrity of the individual or corporation whose name will be used," as well as the relationship of that person with the library.

In case you're imagining a library called the Coke Zero Branch, or something devastatingly commercial, have no fear: the TPL says the use of corporate names will require "special consideration" to avoid the appearance of commercial influence.

Having a library branch renamed after you without donating millions of dollars is, in fact, possible, but only under "exceptional circumstances."

That person must have made contributions to the TPL or City of Toronto that are well-documented, widely recognized and valued. Plus, at least two years must have passed since their death in order for the renaming to be considered.