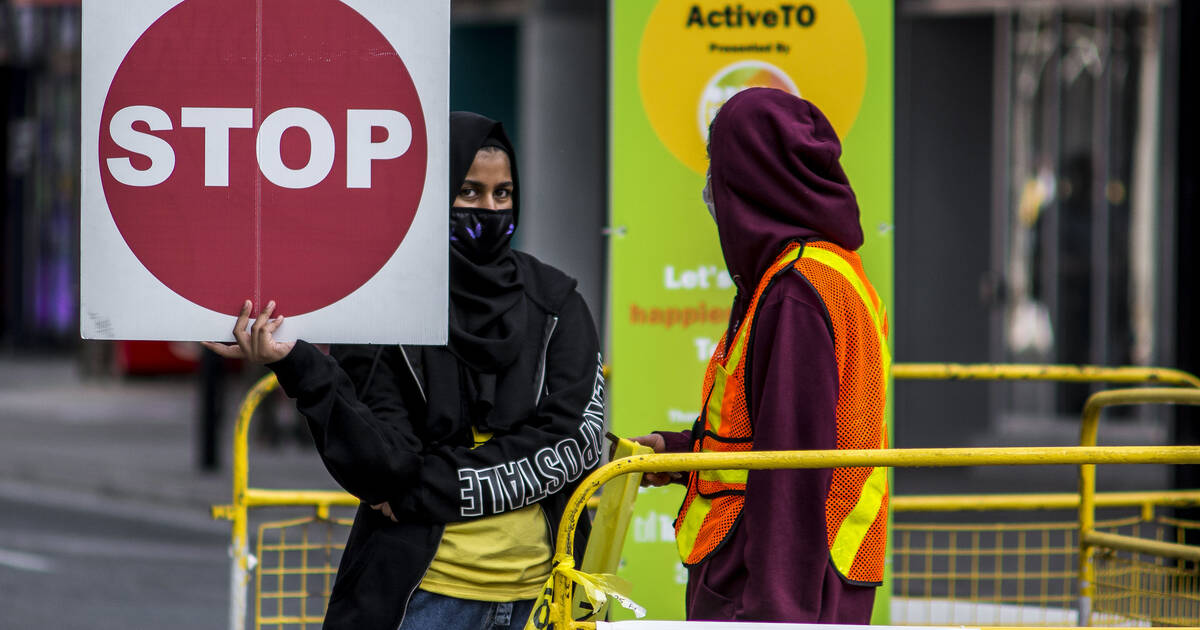 It's official: The long-dreaded, yet inevitable second wave of COVID-19 has hit Ontario... we just don't quite know how hard yet.

Premier Doug Ford confirmed the news during his daily pandemic press conference on Monday afternoon, just hours after the province announced that a record 700 new cases of the coronavirus had been diagnosed in a single day.

"Over the past few weeks we've seen a sharp increase in the spread of COVID-19," said the premier. "Todays numbers are deeply concerning and our health officials are telling us that Ontario is now in the second wave of COVID-19."

Like Health Minister Christine Elliot has warned numerous times in recent weeks, Ford said that this next phase in the pandemic is expected to be "more complicated" than the first.

"It'll be worse than the first wave we faced earlier this year," said Ford of the second wave, urging residents to follow public health guidance, download the federal government's COVID alert app and get a flu shot this year.

"If we can get everyone to take these simple steps, we can tip the scale — we can avoid the worst because we know that we're in the second wave," he continued.

"The reality is, it's up to each of us. Together, our collective actions will decide if we face a wave or a tsunami."

Ontario is now in the second wave of the COVID-19 pandemic, Premier Doug Ford and health officials said Monday. Ford told reporters the second wave will be “more complex. It will be worse than the first wave we faced earlier this year.” Read more: https://t.co/KQSmyDkjSe pic.twitter.com/gC6U9C5gFg

Called "Keeping Ontarians Safe: Preparing for Future Waves of COVID-19," the plan continues to roll out slowly, measure by measure.

To date, the province has announced an aggressive flu shot campaign, the expansion of testing to 60 pharmacies and a change in COVID-19 test guidelines, among other steps, as part of its second wave plan.

Today, Ford announced that his government will also be investing $52.5 million to "recruit, retain and support over 3,700 more frontline health care workers and caregivers" under the Keeping Ontarians Safe plan.

"As we enter the second wave, getting more healthcare workers, more nurses, more personal support workers, getting these folks in place will be absolutely critical," said the Premier on Monday. "Because our frontline heroes, they need reinforcements."

No further restrictions on public life or business activities were announced today despite the worrisome spike in cases, but the mandated closure of strip clubs, an 11 p.m. last call for bars and restricted social gathering limits of 10 people indoors and 25 outdoors remain in place.

Public health officials continue to ask that Ontario residents practice physical distancing, wash their hands frequently, wear a mask when necessary and follow all other reccomended measures to prevent the spread of COVID-19.