The 10 most famous bars in Toronto 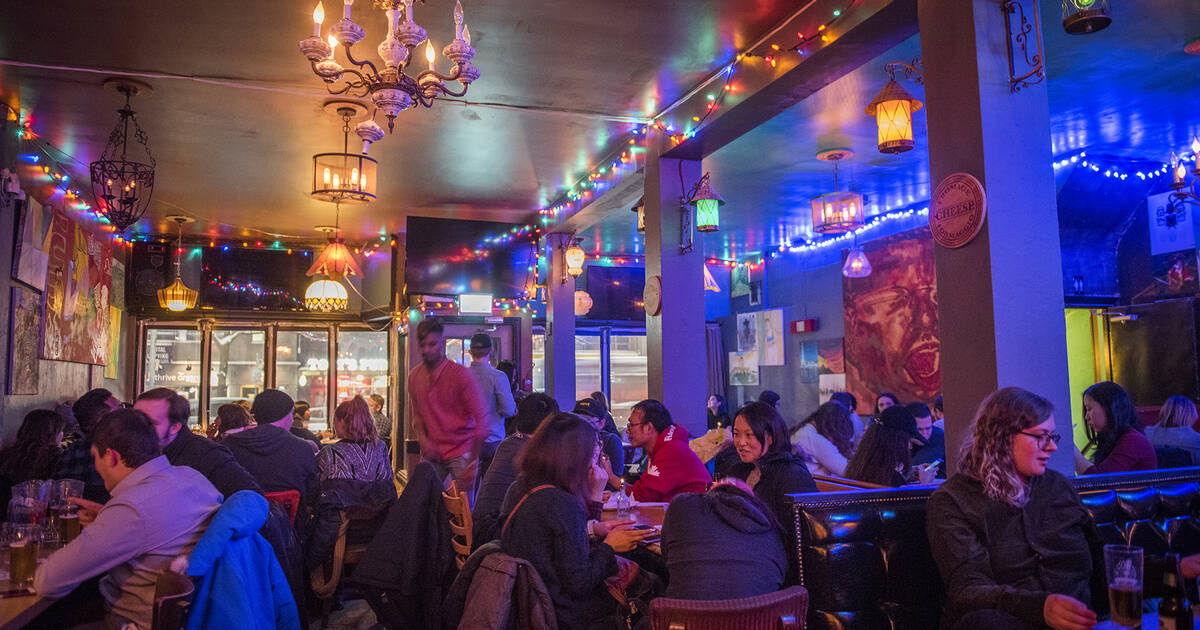 The most famous bars in Toronto might not claim worldwide recognition, but from a local standpoint they're far better known than your average watering hole. A few have national reputations, if only because of the live performances that have happened within their walls.

Here are my picks for the most famous bars in Toronto.

The 'Shoe, branded The Legendary Horseshoe Tavern, has been around forever (since 1947, to be exact). When The Rolling Stones choose to grace your small-scale stage, iconic status is often soon to follow.

This was one of the first of the many bars that now line Ossington. It prides itself on catering to those of us who are decidedly un-fancy. Drinks are simple (this is not a cocktail bar), but you will find a steady supply of PBR and Jameson, which is all any of us really need, right?

This bar has been a fixture on Queen West since it opened in the '90s, and is generally home to our city's filthy (in a great way) punk rockers and metal lovers. Aside from the music, the 80-seat rooftop patio is a highlight at the Bovine.

Toronto's oldest bar is still going strong, despite a quick scare in 2019 when locals thought the King West pub had called it quits after 170 years. Not to worry: a year-long shut down preceded the bar's grand reopening as a 21st century hang for sports and live music.

This dive bar landed in Toronto in 1987. Originally on Bloor, it later migrated down to the south east corner of College and Bathurst, where its wacky signage beckons us today. Everyone from BSS to Arcade Fire to Fucked Up has graced the bar's stage.

Established in 1944, this Yorkville establishment was originally located on Yonge Street north of Bloor before moving to its current Cumberland location. It's known for its rooftop patio, cheesily dubbed The Flight Deck.

Sitting in the cellar of a historic building in the St. Lawrence Market area, C'est What has been a true beer lover's bar for over three decades. Taps, casks and bottles (plus a mean brunch) keep baiting folks to this beloved basement.

This rustic, subterranean bar on Ossington is a throwback to the dusty saloons of the American West. It's arguably Toronto's most recognized live country music venue and bar.

The Church St. staple has long drawn massive weekend lineups for its drag shows. It's one of the few hubs for drag culture in the city, where seasoned queens have residencies and aspiring acts try to land a recurring gig.

Once located in an alleyway, this watering hole has found new life with a bar-front that opens right on to College Street. It's a popular spot among locals thanks to its lasting reputation for cheap drinks and its boho atmosphere.