This is why one Toronto burger joint's sign looks so sloppy 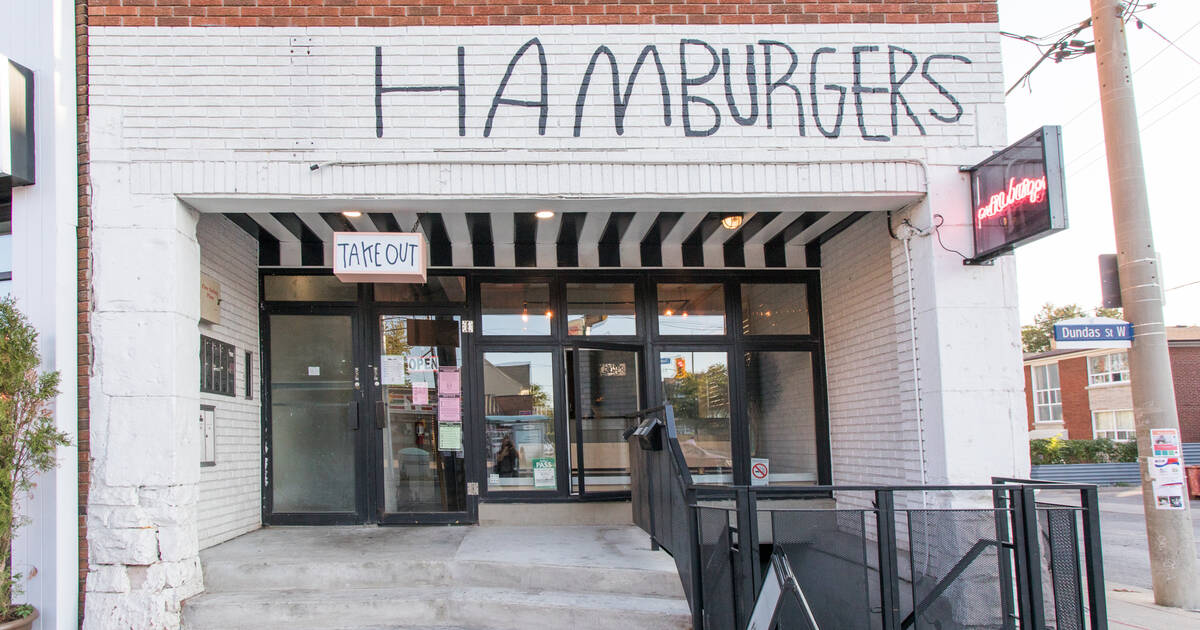 Toronto is home to a burger joint with a particularly sloppy-looking sign, but it's not because they did it themselves or ran out of room halfway through.

Extra Burger recently opened a location at Dundas and Dovercourt with their signature artsy branding, and a new sign reading "HAMBURGERS" caught the eye of a local Facebook group.

NEW THINGS FOR THE HOMIES AT @extraburgerto 🍔

"The sign made me laugh, as it was also off-centre. It was obviously intentional, as the little take-out sign to the left was written the same way, but it was a professionally made sign," wrote the original poster.

Others responded with comments like "Thought it was clever. It certainly gets your attention," and "A $10 marker pen or a $1000 professional sign... You decide." Some people weren't certain of the original poster's assertion that the sign was professionally made.

As other commenters point out, the sign was indeed made professionally by a local artist named Justin Broadbent. The eye-catching sign is a result of a friendship and collaboration between the artist and Extra Burger.

Thanks to @keithdungeon for designing our staff hoodies! Also @thebaitshop for making ‘em.

"We let Justin do whatever he wanted. He's designed all of our merch in the same way and people have always either not understood it or loved it," says Rob Jones of Extra Burger.

The artist used to live across from Extra Burger's first location and designed some hoodies for the restaurant a few years ago.

"When we moved into our new space we knew right away we'd see if he would do something for us, and he ran with it. "

Extra Burger serves smash-style burgers and crinkle fries, and this newest location of their pairs the fast food with fine wine, which they've already done at a location in Parkdale in collaboration with Nice Nice Wine. Their logo is a scrawled smiley face. A design Broadbent created for merch now adorns the wall of the new Extra Burger.

"We could have spent 10k on a fancy sign that would have been lost on Dundas...nobody cares," says Jesse Fader of Nice Nice and Extra Burger. "Having the freedom and this platform to work with creatives and be forcefully creative on a budget again has invigorated my interest in hospitality/humanity. We traded Justin for cheeseburgers."

Cheeseburgers do seem to be at the forefront of Broadbent's mind, his art something that he does mainly to amuse himself.

"I've always had really bad handwriting, so I just decided to lean into that," he says. "Now I laugh every time I bike down Dovercourt and see the word 'Hamburgers.' Also, it makes me hungry, so I think it's kinda perfect."