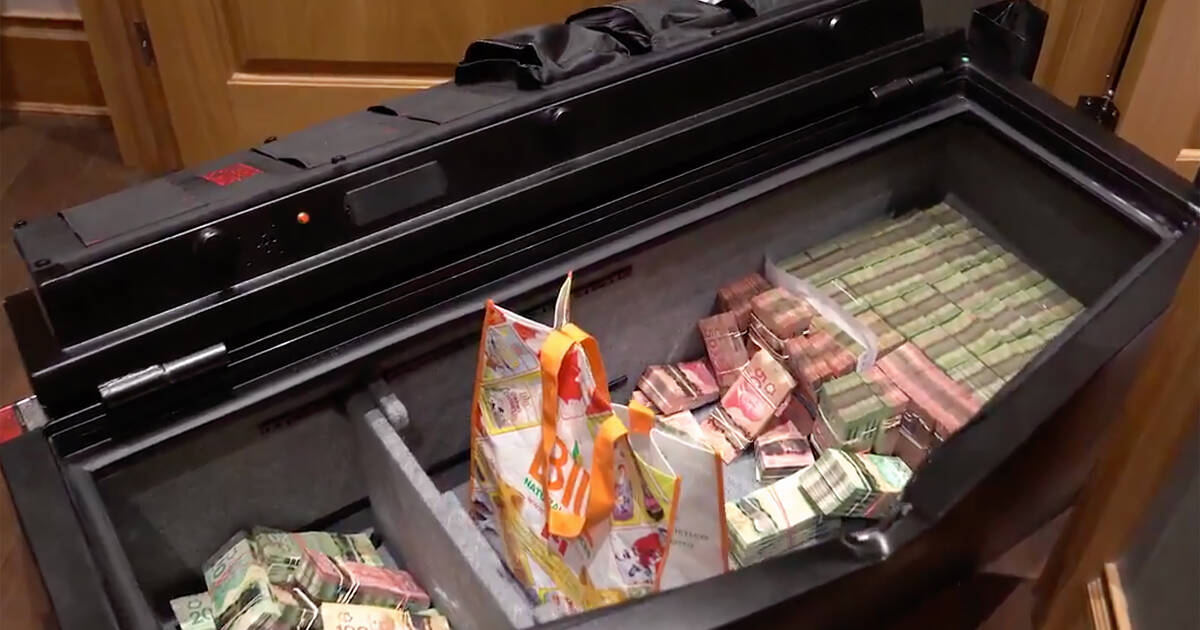 Though casinos only just reopened in Ontario this week, gamblers apparently haven't been putting their high-stakes bidding on hold despite the pandemic, if the huge bust of an illegal casino at a Markham mansion is any indication.

York Regional Police (YRP) announced on Wednesday that they'd raided a 20,000 square foot, $9-million "palace" that housed an underground casino and spa that law enforcement had been looking into since May.

In a series of tweets that have some serious Bond/Mission Impossible vibes, the YRP shared a video of their search of the opulent home north of Toronto, along with some impressive stats: $10 million in assets seized (including $1 million in cash and $1.5 million in alcohol), 11 firearms uncovered, and 29 people charged with more than 70 offences.

This $9 million Decourcy Court palace in #Markham was the site of a high-end illegal casino and spa operation recently shut down by @YRP investigators as part of Project Endgame. More at https://t.co/3m7Ct9rNDe. pic.twitter.com/waUAx6yXC4

The force's social media team clearly had a lot of fun with this one, mentioning the fact that the maximum bet at one of the illicit facility's tables was a staggering $20,000 and that braised shark fin, a prohibited food item in Canada, was apparently on offer to patrons.

But after months of hard work on what they referred to as Project Endgame, the Intelligence Unit and the Guns, Gangs and Drug Enforcement Unit definitely deserved to make a big deal of what was indeed a massive bust that was linked to a whole syndicate in the area.

When braised shark fin is on the menu and the max bet at the baccarat table is $20k, you can expect plenty of cash around. To guard that cash, these suspects had guns. Lots of them. Further details at https://t.co/3m7Ct9rNDe. pic.twitter.com/hpl1eCoTSI

The search warrant on the property near Warden and Major Mackenzie Drive was actually executed with the help of the Ontario Provincial Police and Durham Regional Police back in late July, and was preceded by the discovery of another illegal casino at Midland and Kennedy Road in Scarborough a few weeks earlier, where five people were arrested and $20,000 was seized.

A few days later, cops made arrests and found more cash — over $70,000 — at yet another related location, this time in near Bathurst and Teston Road in Vaughan.

In total, 45 people were arrested at the three busts over the course of the month, and 33 of them charged. The investigation is also still ongoing, with the cops vowing to continue to crack down on organized crime in the region.

Pure contempt for the law & 🇨🇦

"While the total value of these seizures is significant, this is only the start of our efforts to dismantle organized crime groups who are operating illegal gaming operations in York Region," YRP Chief Jim MacSween said in a press release about the charges.

"The money moving through these underground casinos leads to huge profits for criminals that fund other ventures such as prostitution and drug trafficking. This illegal high-stakes gambling also leads to gun violence, armed robberies, kidnappings, extortion and other serious violent offences within our community."

One can safely bet that the perpetrators are surely regretting their high-rolling antics now.