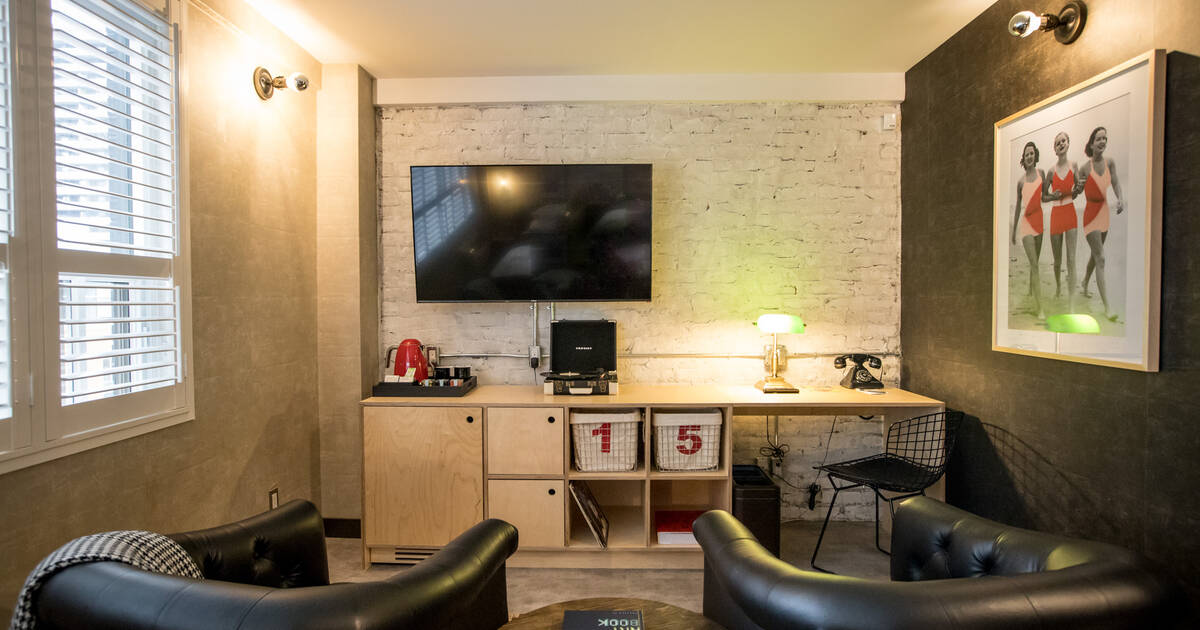 Office space: it's not just the name of a hilarious movie, it's become something we're all scrambling to find or trying to make work lately in Toronto.

Got the work from home blahs? So do we! Change things up with Work From Hotel.⠀ ⠀ Make Our House your new WFH base. Our rooms are the perfect spot to escape and get some work done, and our event space The Next Level is set up so your team can finally have some face time (instead of FaceTime). Click the link in our bio to check it out!⠀ ⠀ #wfh⠀ #workfromhotel⠀ #thenewWFH⠀ #ourhouse⠀ #theanndorehouse⠀ #15charles⠀ #coworkingtoronto⠀ #workspacetoronto⠀ #torontoworkspaces⠀ #torontocoworking⠀

Packages start at $270 for a three-day consecutive solo option, and range up to a team rate of $575 for five consecutive days. Wifi and local calls are included, and you can come and go anytime between 6 a.m. and 5 p.m. on weekdays.

Solo workers can use hotel rooms, and teams can use the hotel's The Next Level event space, which is also available for parties for your social bubble.

Need a break from your neighbour's dog barking at all hours? Why not change it up a little and Work From Hotel to finally get some focused work hours! Book a quiet spot for you (or your whole team!) to get some work finished up AND get out of the house.⠀ ⠀ Click the link in our bio to learn more about the Work From Hotel program!⠀ ⠀ #wfh⠀ #workfromhotel⠀ #thenewWFH⠀ #coworkingtoronto⠀ #workspacetoronto⠀ #torontoworkspaces⠀ #torontocoworking⠀

The same kinds of packages are available at Novotel, Pantages and Radisson. There are also five- and 10-day non-consecutive "punch card" rates starting at $500 that can be purchased in advance and used any day.

In this way, the "Work From Hotel" program can provide spaces for anywhere from one solo person to 50 people that adhere to health guidelines. Team spaces are cleaned nightly. The best part? You can even arrange for snacks.

"The hotel industry has certainly felt the hit in occupancy levels and so we need to look to new ways to do business. Work from home was not exactly working for all, so why not Work from Hotel?" says Brittany Longman, Regional Sales Director for Silver Hotel Group.

"We had many stories of parents working from home looking for a space without interruptions, couples cooped up in condos downtown without a proper workspace for two, and those who were accustomed to working in public spaces such as a coffee shop. This led us to think about our beautiful rooms as a viable solution for workspace needs."

Though the program just launched recently they've already had quite a few requests, though mostly for solo space.