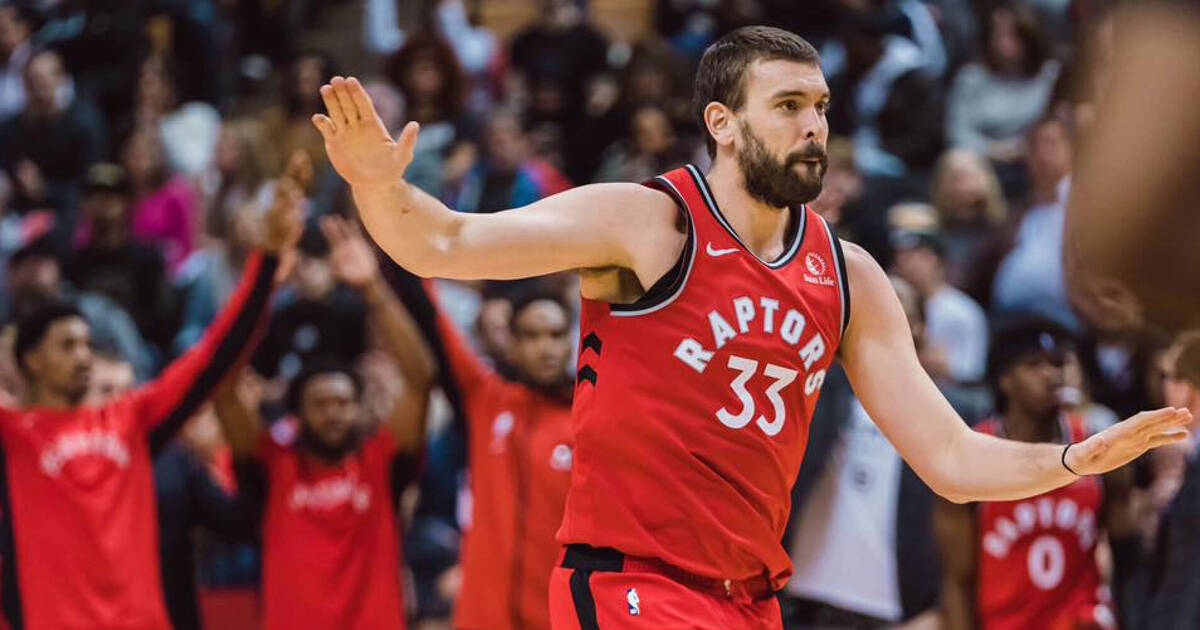 It seems the Toronto Raptors are sadly losing yet another valuable and beloved team member today, because Marc Gasol has officially decided to leave the NBA and will end his basketball career playing in Spain.

According to reports from Spanish podcast host Sergi Carmonetti, Gasol, who is originally from Spain, has signed a contract with FC Barcelona and will return to his home country for the remainder of his sports career.

Reports swirling that Marc Gasol is going home...he'll play in Spain next season.

What a run he had in the @nba w/ his incredible years w/ the @memgrizz & the experience/savvy/skill/professionalism he brought to the @Raptors - especially in their 2019 championship run - as well. pic.twitter.com/xm6uuW7LXs

Gasol first signed with the Raptors in 2019 and has made fans undeniably proud over the past two seasons.

Raptors fans are meanwhile taking to social media to share their fondest memories of Gasol's time with the team, and there's no question that he'll be missed by many in Toronto.

marc gasol really spent a summer helping save refugees stranded at sea near european borders, came to canada and won a championship, won a championship the sumer after for his country...then played a post season in a bubble. if true, he deserves the rest of his career in spain.

Some fans are reminscing about the enthusiasm with which he celebrated the team's championship win last year, with a few even sharing videos of him chugging a bottle of champagne during the parade.

Others are meanwhile thanking him for helping to lead the team to victory in 2019 and saying there's simply no way they could have done it without him.

the raptors don’t win the title without the marc gasol trade. shoutout to the rosé king.

"His interior defense. His sheer presence in the paint. His passing around the basket and ability to stretch the floor when necessary. Forever a Raptor. Forever a champion."