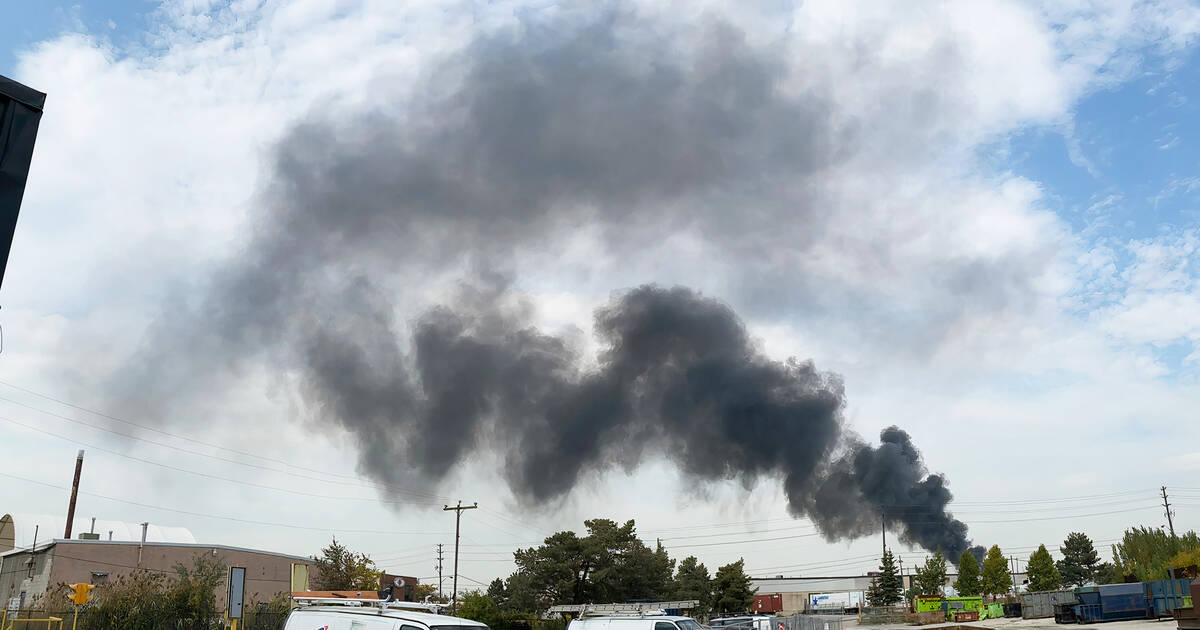 Toronto emergency services are currently responding to a massive industrial fire in the Weston Road area that is sending billows of thick dark smoke into today's otherwise clear blue sky.

A number of passersby near Kenhar Drive around Steeles and Highway 400 have been stopping to document the blaze, sharing photos and videos to social media in an attempt to alert local firefighters and the media.

The ominous-looking plumes coming from an industrial building near Black Creek Pioneer Village can be seen from quite a distance away, leaving concerned residents wondering what the heck happened.

According to a Twitter update from the Toronto Police Service, the inferno was upgraded to a two-alarm fire around 3 p.m., and fire crews are on the scene.

The adjacent building is also being evacuated, and roads in the area are temporarily closed.

Drivers will want to avoid both Weston Road and Signet Drive between Fenmar and Ormont Drives.

Hope that @Toronto_Fire is on the way. South of Steeles Ave. W. Between HWY 400 and Weston Road pic.twitter.com/FgegwU2v9X

The fire call comes just hours after crews responded to another urgent incident downtown in which a window washing platform fell 25 floors to the ground below, leaving two men dangling mid-air.

There is no news yet as to the cause of the blaze.

Thankfully, no injuries have been reported at this time.