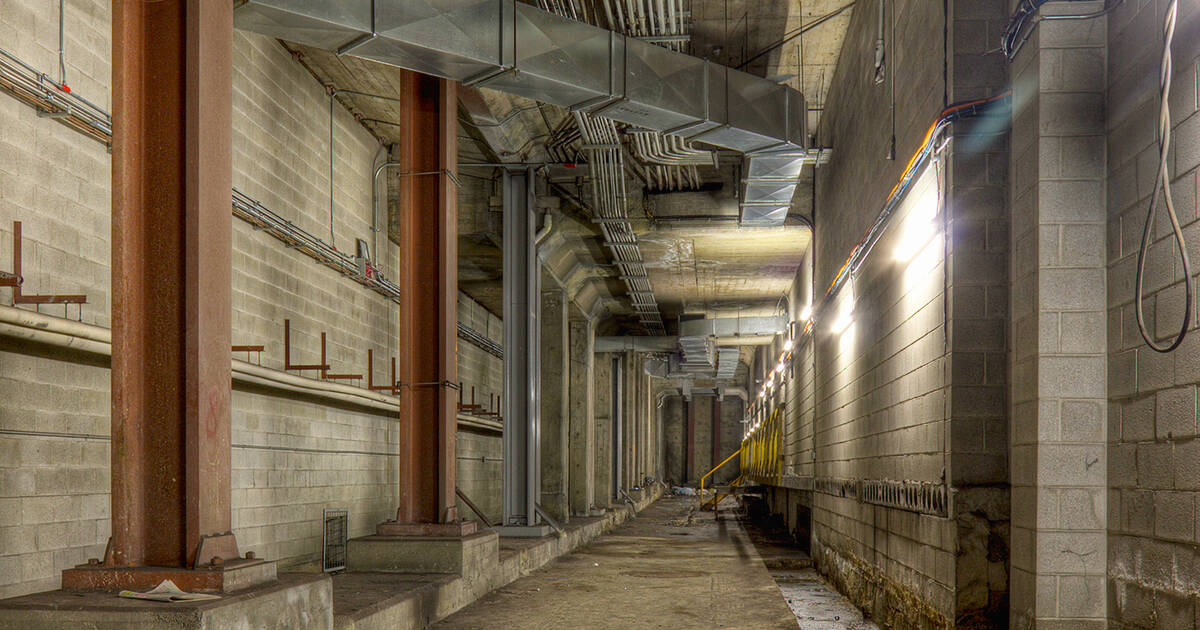 Given that Premier Doug Ford and team have had a lot more pressing priorities in recent months, it's been a while since we've heard anything about the province's largest forthcoming public transportation venture, the Ontario Line.

The plan for the subway has been divisive, to say the least, as it's been developed over months, with many Toronto residents concerned about how its above-ground portions will impact their neighbourhoods.

But it's been a go since fall 2019 when Toronto Mayor John Tory gave his full support of the project.

Metrolinx has been gradually releasing details about the sprawling line, and some of the latest are admittedly pretty cool — like the fact that one of Toronto's long-abandoned underground "ghost stops" will be called into commission.

On Wednesday, the transit agency specified where, exactly, the Ontario Line stops would be between Osgoode and the Don River, including one at Queen and Yonge.

Some Torontonians may not know about the empty underground cavern below the intersection, which was carved out back in the 1950s when Line 1 Yonge was being constructed. It was due to serve as a stop on an east-west subway line along Queen that never ended up coming to fruition.

The roughed-in stop, often referred to as Lower Queen Station, has been sitting vacant ever since, while the east-west line was instead placed a few streets north along Bloor, as we all know.

Metrolinx has released details on a second segment of the Ontario Line (not sure why they're doing the reveal piece by piece). OL would make use of "Lower Queen" station, which was intended to house a streetcar connection to Line 1 that was never built https://t.co/sjCYNPUuNf

"This space will finally fulfill its destiny to become part of the transit system," Metrolinx has stated.

The subway will pass from Queen and University to Lower Queen, and will then run under Queen East to a station by the Armoury in the Moss Park area.

Continuing east, there will be a stop on the east side of Berkeley at King Street East in Corktown, followed by one east of Cherry Street in Don Yard.

Draft map of the Ontario Line stops between Osgoode and the Don River. Map via Metrolinx

This is, of course, only one segment of the line, which will snake across the downtown core and up through East York, hitting 15 stops from Exhibition/Ontario Place to the Ontario Science Centre and connecting to three GO lines, three subway/LRT lines and at least 10 streetcar lines along the way.

The $11-billion, nearly 15.5 km-long project is expected to be completed sometime in 2027, though experts say that the work will likely be delayed for a number of reasons — creepy decades-old ghosts haunting underground work sites like Lower Queen perhaps among them.