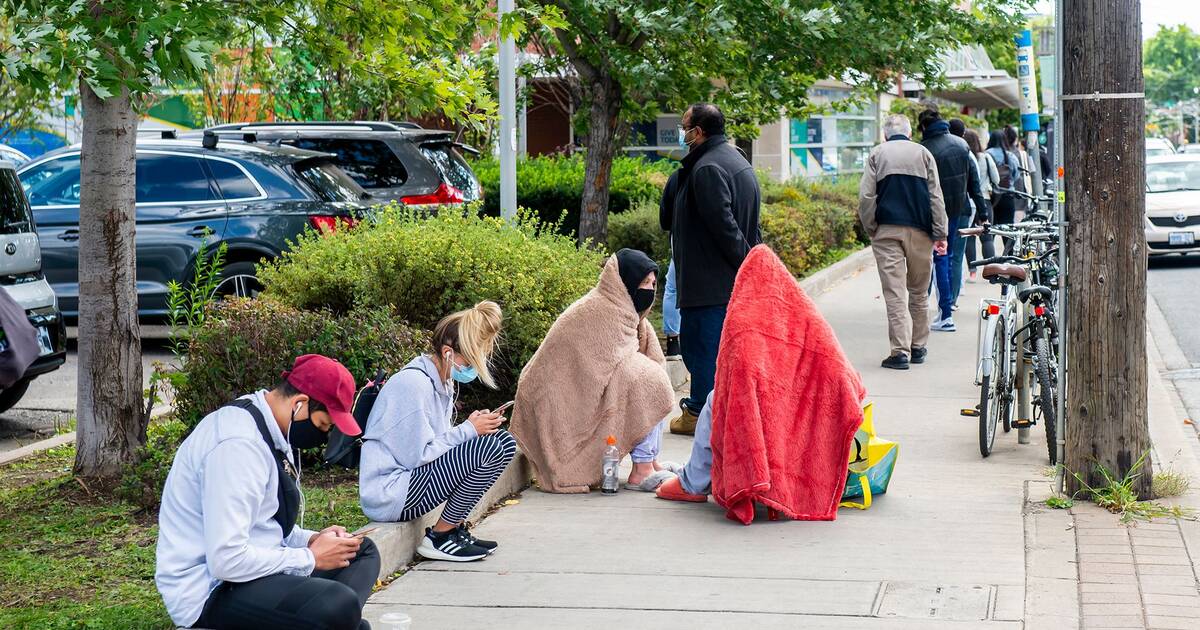 With cases of COVID-19 increasing by the hundreds each day in recent weeks, Ontario residents are understandably growing concerned about catching the virus.

This concern can be seen in the form of long lines outside assessment centres at local hospitals, snaking around full city blocks filled with people waiting to get swabbed.

Others may simply want a test to put their minds at ease, or to show friends how conscientiousness they are before going to the cottage.

After opening up testing this summer to everyone who wanted it — regardless of whether they could actually even have come into contact with the virus — public health officials are now asking the latter group to refrain from visiting assessment centres.

So let me get this straight. Ontario residents are being told not to get a Covid test if you have no symptoms but just yesterday Ford announces certain pharmacies can, as of tomorrow facilitate testing only for people not showing symptoms?!? @fordnation pic.twitter.com/Hs0WZuafOg

"Right now, we need to focus on people who are symptomatic, people who are contacts, people in outbreaks, or in very specific populations where we have designated that testing needs to occur," said Ontario's associate chief medical officer of health, Dr. Barbara Yaffe, on Thursday.

"Your average person out there who is not exposed to a case, who is not part of an outbreak, has no symptoms, should not be going for testing," she continued.

"There's no value. In fact, what we found is when there's very little COVID in that group, what we end up with is false positives, which just complicates things even more."

Per the provincial government's new recommendations, only the following groups should be visiting Ontario's 150 publicly-funded testing sites right now:

Today, Dr. Barbara Yaffe and Dr. David Williams have recommended Ontario update testing guidelines to prioritize those who are at the greatest risk, while shifting away from untargeted asymptomatic testing.

Everyone else can get tested for kicks (or TikTok) at pharmacies beginning this Friday.

A full list of the Shoppers Drug Mart, Rexall and independent pharmacies that will begin asymptomatic testing (by appointment only) on Friday can be found on the government's website.

While the pharmacy initiative is intended to help Ontario deal with a resurgence in the number of cornavirus cases, it's only one of six pillars in Ford's recently-announced (but not fully revealed) plan for the second wave.

The government also announced this week that it would be staging "the largest and most comprehensive flu campaign in Canada's history" as part of the "Keeping Ontarians Safe: Preparing for Future Waves of COVID-19" plan.

Today, during his own pandemic press conference, Ford unveiled the plan's next pillar: A $1 billion investment into expanding COVID-19 testing and contact tracing.

The eventual goal is to ramp up to 50,000 tests per day, but things clearly aren't there just yet.

The lineup for St. Mike’s COVID-19 assessment centre is all the way back to Dundas and Church pic.twitter.com/TemAXeLMQc

"Our message to the people is very, very simple," said Ford today when asked about the province's new stance on asymptomatic testing.

"We need to focus on people that need a test because of their jobs, or if they've been around someone that tested positive — those are the people we wanna focus on and it's gunna take a big relief off the public system."

Everyone else can go to the pharmacies and, says Ford, "we'll see the capacity they're able to put through there and we'll keep ramping up."

Both Ford and Health Minister Christine Elliott were careful to note that nobody showing symptoms of COVID-19 would be refused a test.

As always, officials say our best defence against the virus is to follow all existing public health measures such as practicing physical distancing, wearing face masks, and staying home when ill.

"As the trajectory of the COVID-19 pandemic has changed, the province must also adapt its approach to testing," said Jaffe today of the shift in testing strategy.

"With the upcoming flu and cold season approaching, we need to ensure Ontario's publicly-funded testing resources are available for those who need them the most, such as school children and others with symptoms of COVID-19."