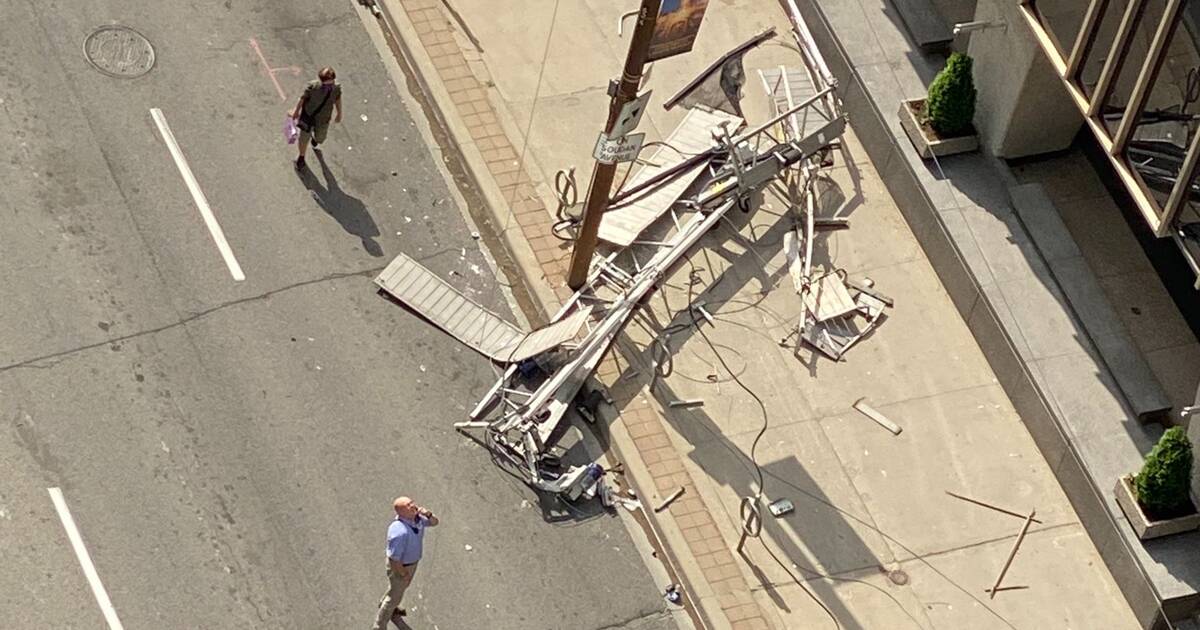 A window washing platform collapsed and fell from the 25th floor of a high-rise building in a terrifying accident at Yonge and Eglinton this afternoon, but fortunately no one was injured.

Toronto police first tweeted about a report of two men dangling from a building around 12:19 p.m. this afternoon, and they indicated that both individuals were near the 25th floor when the platform they were working on collapsed.

This just happened in front of my building. Seems like everyone is okay. Emergency personnel are on the scene. Yonge & Eglinton. pic.twitter.com/OBz0PZXKHH

"Both man [sic] have been assisted to safety on top of building," police wrote around 12:30 p.m, adding that no injuries had been reported.

Yonge Street south of Eglinton blocked in both directions as police and fire respond to collapse of window washer’s swing stage. Massive glass shards falling off 2180 Yonge St. Stay away. Workers marooned on ledge at top of building. No injuries amazingly. pic.twitter.com/plYAI4l0uK

Photos and videos posted to social media by witnesses, meanwhile, show the two men dangling from harnesses without a platform beneath their feet after the initial accident occurred.

"I could see the cables that held the structure up moving so I thought, okay, window washing time," wrote one witness on Twitter.

"Imagine my horror to hear a huge crash, look downstairs & see the damage & the look up seeing them pulling themselves up by the harness. Many of my neighbours cheered them on."

Emergency vehicles eventually arrived and helped the two men, who were without injuries, by smashing windows and pulling them to safety, and it seems almost miraculous that no injuries were caused by the crash of the platform down below either.

This guy was dangling for a bit but his buddy pulled him up to a ledge.

Firefighters are here. Looks like they’re going to smash the windows and pull them in.

Feel so bad for these guys. Would be my last day on the job. pic.twitter.com/sslcCjFT4B

Police later said the road closures would last for several hours nonetheless, so residents should continue to avoid the area as much as possible.