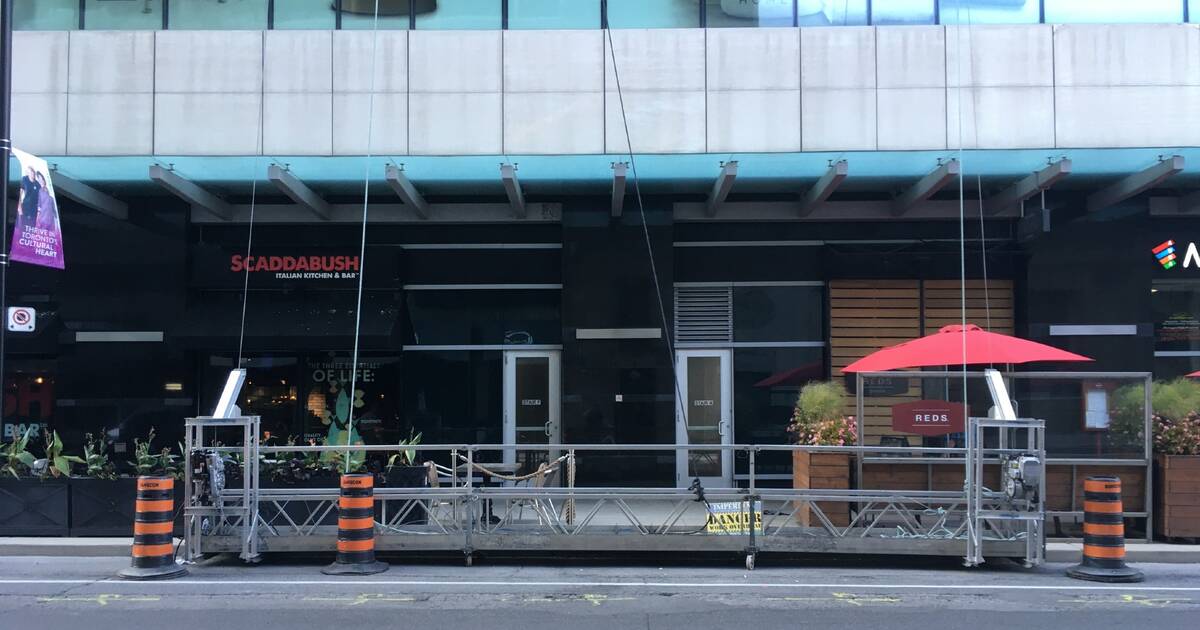 While Toronto has gotten a whole bunch of new bike lanes this year as a result of the ActiveTO cycling network expansion, the city's lanes are often obstructed by parked cars or equipment of some kind — creating additional and unnecessary safety hazards for cyclists.

Exhibit A: the bike lane outside the Aura condo building near College Park.

According to i parked in a bike lane, a Twitter account that tracks instances where cars illegally park in Toronto bike lanes, the downtown lane has been obstructed by window washing equipment for the past three straight days.

"This equipment is STILL blocking the #bikelane @AuraCondominium," they wrote.

"That's over 66 hours of putting cyclists in danger by FORCING them to swerve into traffic, when drivers are not expecting it. Why is this still here??"

Gerrard blocked - DAY 3 - This equipment is STILL blocking the #bikelane @AuraCondominium. That's over 66 hours of putting cyclists in danger by FORCING them to swerve into traffic, when drivers are not expecting it. Why is this still here??@311Toronto @ParkingTPS @JohnTory pic.twitter.com/wUlrCIOuMs

The issue of obstructed bike lanes is far from new in Toronto, and it's just one of the many dangers cyclists in this city face on a day-to-day basis.

And while 311 Toronto wrote in a tweet published three hours ago that the issue has been reported for investigation, it seems the city has yet to take action.

When asked about the obstruction by blogTO Thursday afternoon, a city spokesperson said it will be investigated later today.

"City of Toronto is investigating the location later today and will take appropriate action," the spokesperson said. "If residents have concerns about these kinds of construction obstructions, we encourage them to contact 311 and file a service request."