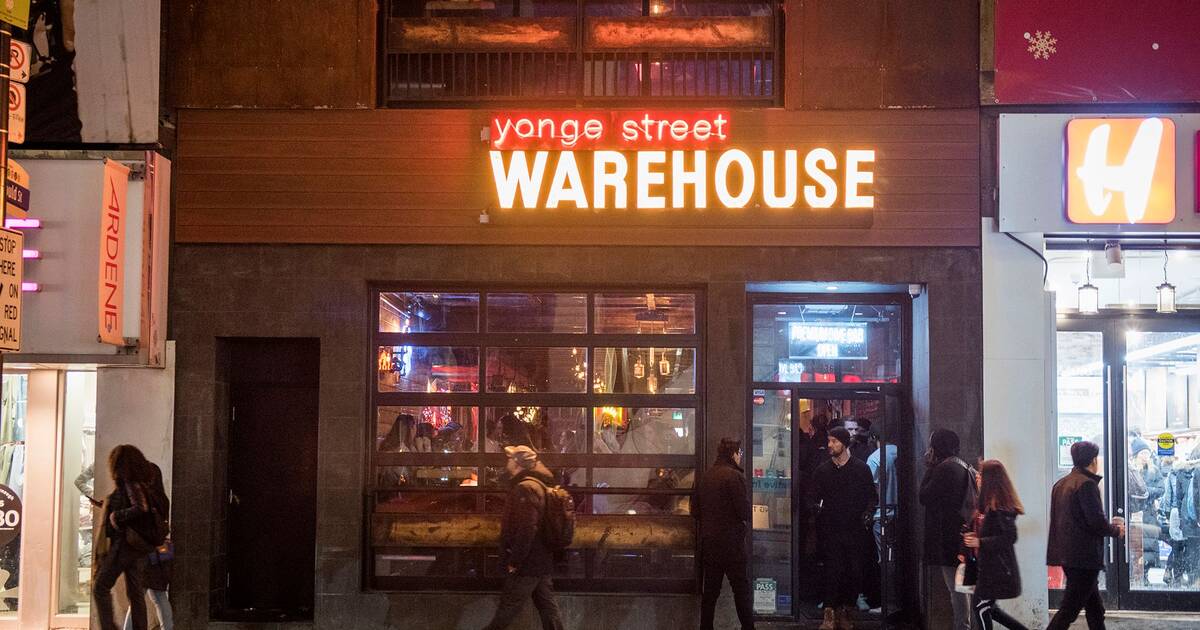 Anyone who recently visited the popular Yonge Street Warehouse bar and restaurant in downtown Toronto is being asked to self-monitor for symptoms of COVID-19 after five employees and at least two customers tested positive for the virus.

Toronto Public Health (TPH) issued a formal notice regarding the new cases on Saturday, noting that "seven people linked to this establishment are positive for COVID-19."

Contract tracers have already followed up with all known close contacts of the seven individuals, but anyone who visited the bar at 336 Yonge St. between Sept. 10 and 17 may have been exposed.

"TPH estimates approximately 1,700 people may have been at the venue during this time," reads a notice from the City of Toronto.

"As a precaution, TPH is asking anyone who was at the Yonge Street Warehouse between September 10 and September 17 to monitor for COVID-19 symptoms for 14 days after their visit.  If symptoms develop, please contact TPH, seek testing and immediately self-isolate.  Please wear a mask when going for testing."

People who have not yet been contacted by TPH but were in the restaurant between the affected dates are viewed as "low risk," according to public health officials.

You may wanna get tested! 😷#COVID19

Yonge Street Warehouse is one of several downtown establishments linked to positive cases of COVID-19 over the weekend, including the King Street haunts Regulars, MARBL, King Taps and Casa Mezcal.

A handful of bars in The Village, most notably the popular drag bar Crews & Tangos, are also warning of potential recent exposures to COVID-19.

Disturbed as they may be by the fact that bars are even still allowed to operate— albeit with restricted hours and an 11 p.m. last call — those  familiar with the scene aren't entirely surprised.

"I've seen enough Instagram stories from staff at some of these bars on King in Toronto to not be at all surprised they are having COVID outbreaks," wrote one on Twitter. "Just complete disregard for the times we are in."

Anyone who attended REGULARS or WAREHOUSE in Toronto have been asked to monitor for signs of having even the slightest clue.

New cases of COVID-19 are surging not only among staff at bars and restaurants but across the province in general, particularly in residents between the ages of 20 and 39, who now account for more infections than any other demographic.

While Ontario Premier Doug Ford did announced new 11 p.m. last call and midnight closure restrictions for bars and restaurants on Friday, along with the complete closure of all strip clubs, some people in larger cities like Toronto say more needs to be done.