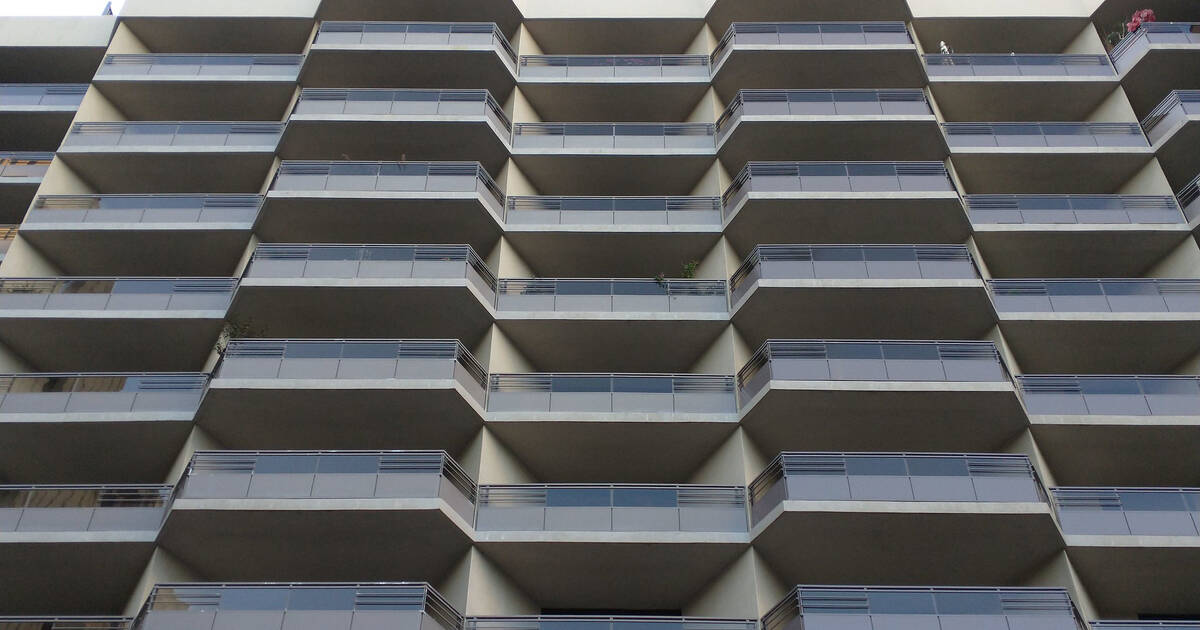 How low can rent go in Canada's largest and most expensive city? We have yet to find out, according to real estate analysts.

In a newly-released report on the current state of Toronto's rental market, Ben Myers of Bullpen Research and Matt Danison of TorontoRentals.com predict that prices will continue to fall for the foreseeable future.

The average rent for all one and two-bedroom units across the Greater Toronto Area has dipped sharply from peak levels last year, down about $200 on average in August of 2020 compared to the August previous.

"The declines can be attributed to less immigration, fewer students downtown, the work-from-home phenomenon, shifting demand to cheaper locations, and more completions."

Yes, all of that, and also travel restrictions — the kind that have prompted Airbnb-lords to put their "investment units" on the long-term rental market, bolstering supply.

Within one downtown Toronto neighbourhood, specifically, condo rents are down a whopping 16 per cent, year over year. 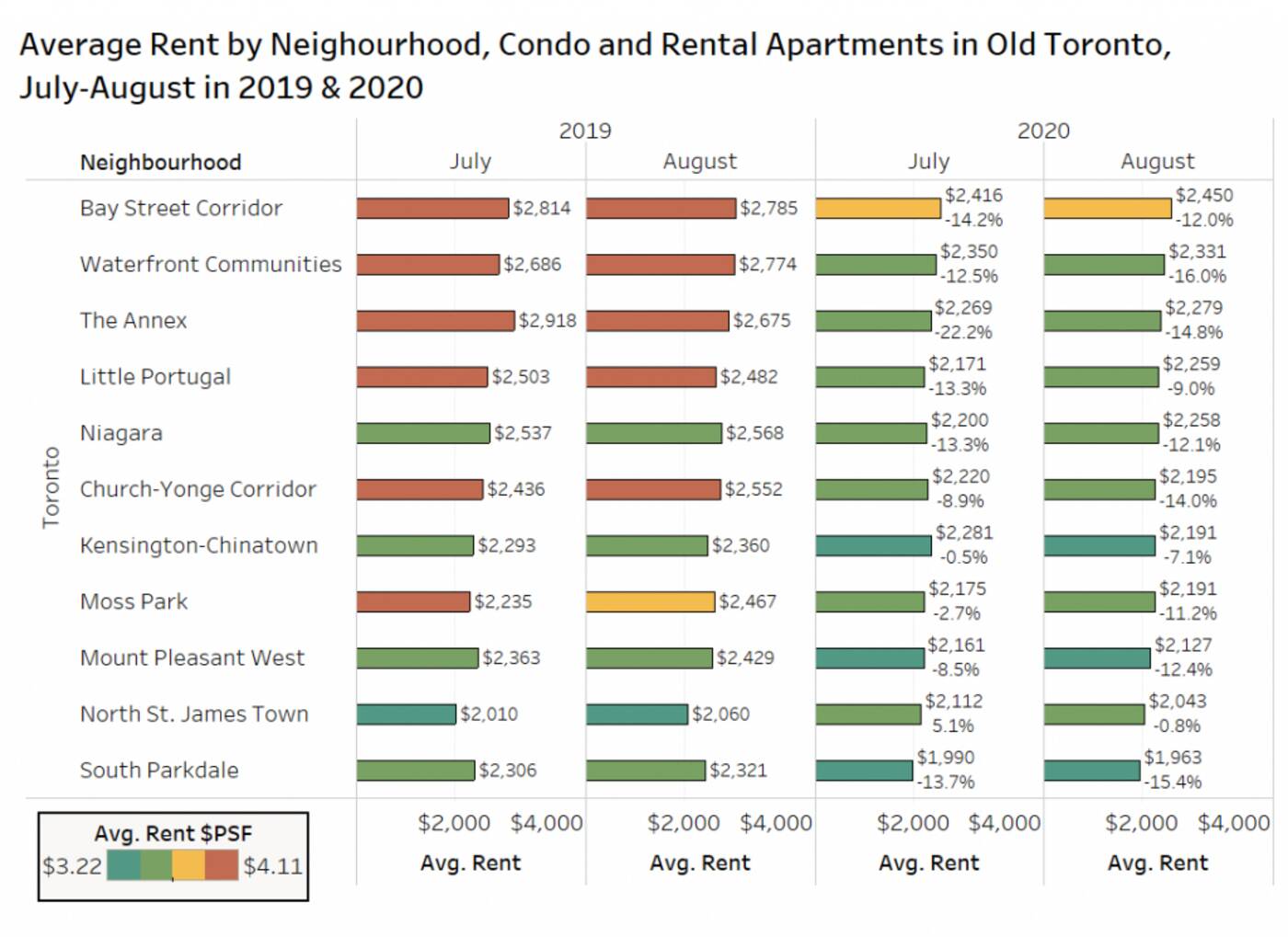 The average rent and annual change in average rent for condominium apartments and rental apartments in July and August of 2020 versus the same two months in 2019 are seen in this chart via torontorentals.com

This equates to about $440 in savings for the average tenant in The Waterfront Communities, which encompass CityPlace, Fort York, the Entertainment District and everything else that falls under an M5V postal code.

Not coincidentally, this area was known for its high density of ghost hotels (read: Airbnb units) prior to the pandemic.

"One of the biggest factors is an increase in the supply of rental units due to a lack of tourism," write Myers and Danison of declining rents in the downtown core.

Eight of 11 downtown postal codes did see double-digit percentage drops in rent between this August and last, but not all parts of the city have seen such marked declines.

"On a rent per-square-foot basis, areas like Etobicoke, North York and Mississauga are actually experiencing rent increases," write the analysts, "but this may be partially due to an increase in listings for smaller suites, as people working from home are looking for larger suites to accommodate an office."

Whatever has happened to date, the experts predict that prices will only keep dropping — or at least hold still — as the COVID-19 pandemic drags on.

"A rent freeze in Ontario should further reduce turnover for rent controlled buildings, but the lifting of eviction bans could offset that by increasing supply of cheaper apartments," note Myers and Danison.

"It is likely that the market will continue to tread water, and even decline downtown as more supply comes via completions, and household formation is stunted by less job growth and fewer immigrants."