The top 35 bakeries in Toronto by neighbourhood 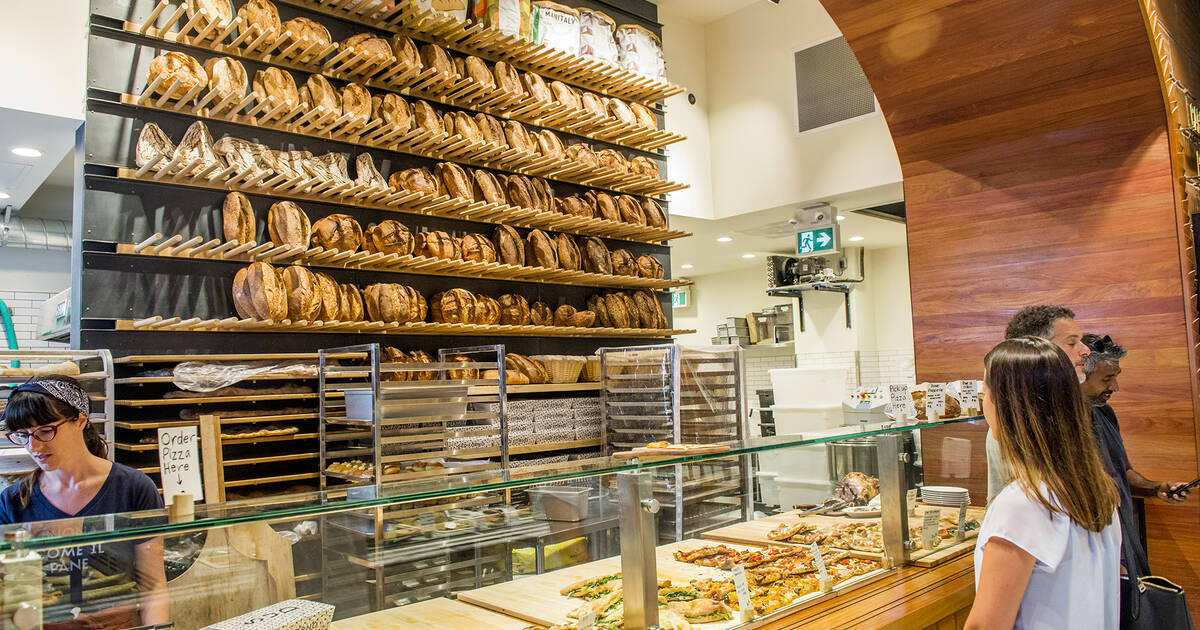 Good bakeries are essential to any neighbourhood, and in Toronto many areas are blessed with plentiful options. Really it comes down to style, from fancy French pastries and crusty Italian loaves to home-style sweets. You'll find it all at the standout bakeries across the city.

Here are my picks for the top bakeries in Toronto by neighbourhood.

The Rolling Pin is a pastry shop where you can find pies, cakes and doughnuts in a wide range of creative flavours. Cream pies for example can be had with banana filling, or you can choose from a daily selection of doughnuts including a maple-glazed bacon version.

Tori's Bakeshop is another bakery specializing in natural and organic vegan baking. "Butter" croissants, pop tarts and doughnuts can all be found inside a long pastry case display.

Tucked on a side street, where the west entrance of Ossington Station lets out, Bakerbots is a lovely bakeshop that specializes in sweets like cakes, cookies, cupcakes and French macarons in fun flavours like PB&J.

Home Baking Co. keeps it as simple as its name with homey offerings like cookies, croissants, scones, cupcakes, cinnamon buns and custom cakes. They also sell a ton of ice cream in the summer. 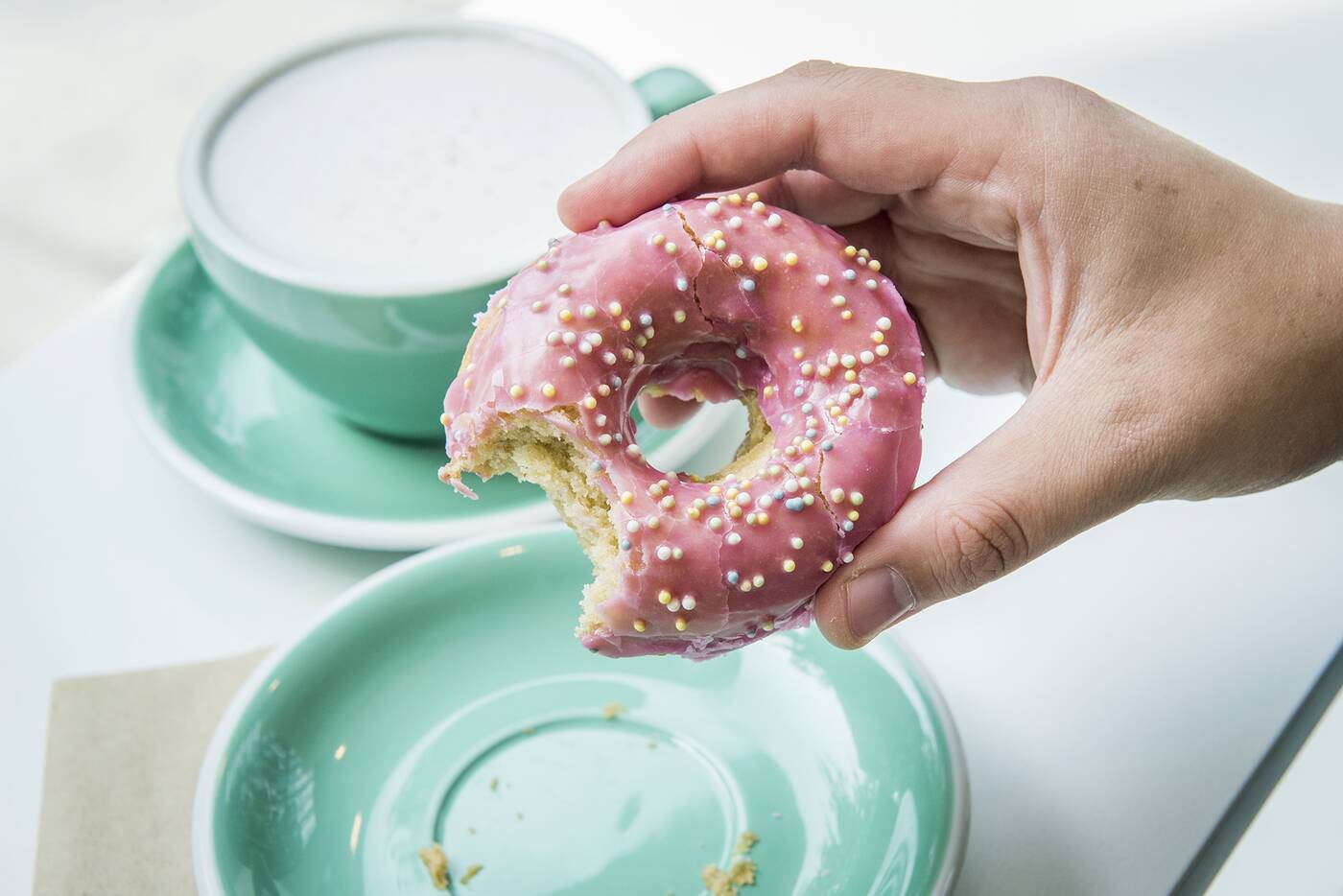 Gluten-free vanilla doughnuts are one of the most popular desserts at Tori's Bakeshop. Photo by Hector Vasquez.

Mashion Bakery is one of the best Chinese bakeries in all of Toronto. Next time you visit try their famous coconut buns; they don't disappoint.

Earl Grey infused cakes, lemon tarts and coffee caramel cookies are just a few of the goodies you can find at Roselle Desserts on King East.

Tre Mari is an old school Italian bakery that has served the community on St. Clair West for more than 50 years. Vienna sticks, ciabatta and focaccia are among the house specialties, while the pastry case is packed with cannoli, zeppole and assorted cakes. 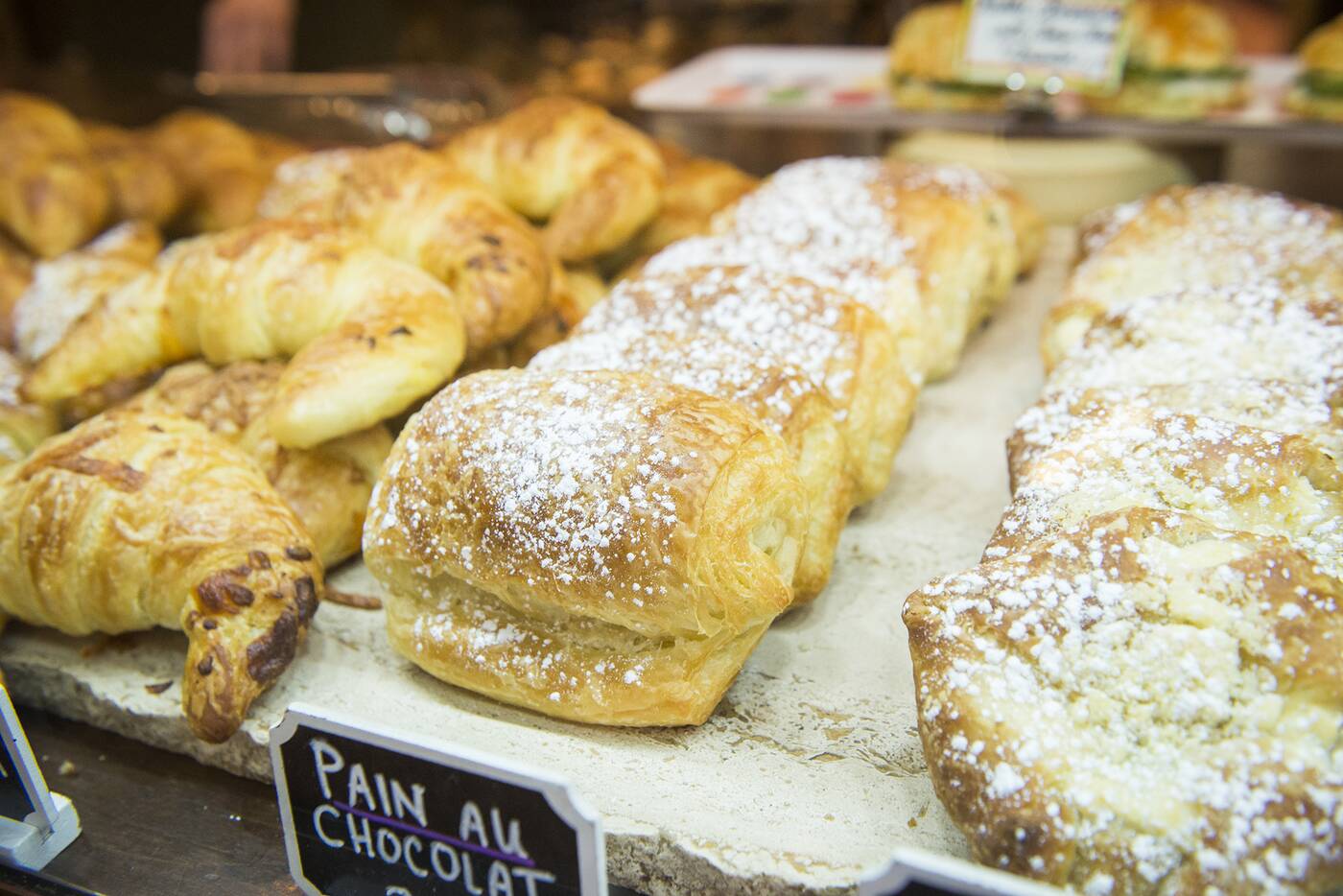 Dough Bakeshop offers a direct view into their open kitchen, allowing customers to peer in while bakers work hard to stock the shop with artisanal breads, tarts, pastries, squares, cakes and cookies.

OMG Baked Goodness is one of Dundas West’s most popular neighbourhood bakeries. Homemade pop tarts, maple butter tarts and mini focaccia stuffed with sausage and egg are just a few of the must-try items.

Mon K Patisserie on Coxwell is a Japanese-inspired French bakery where stopping in for a fresh loaf of bread may also result in spontaneous purchases of beautiful mille-feuille, macarons or layer petit fours. 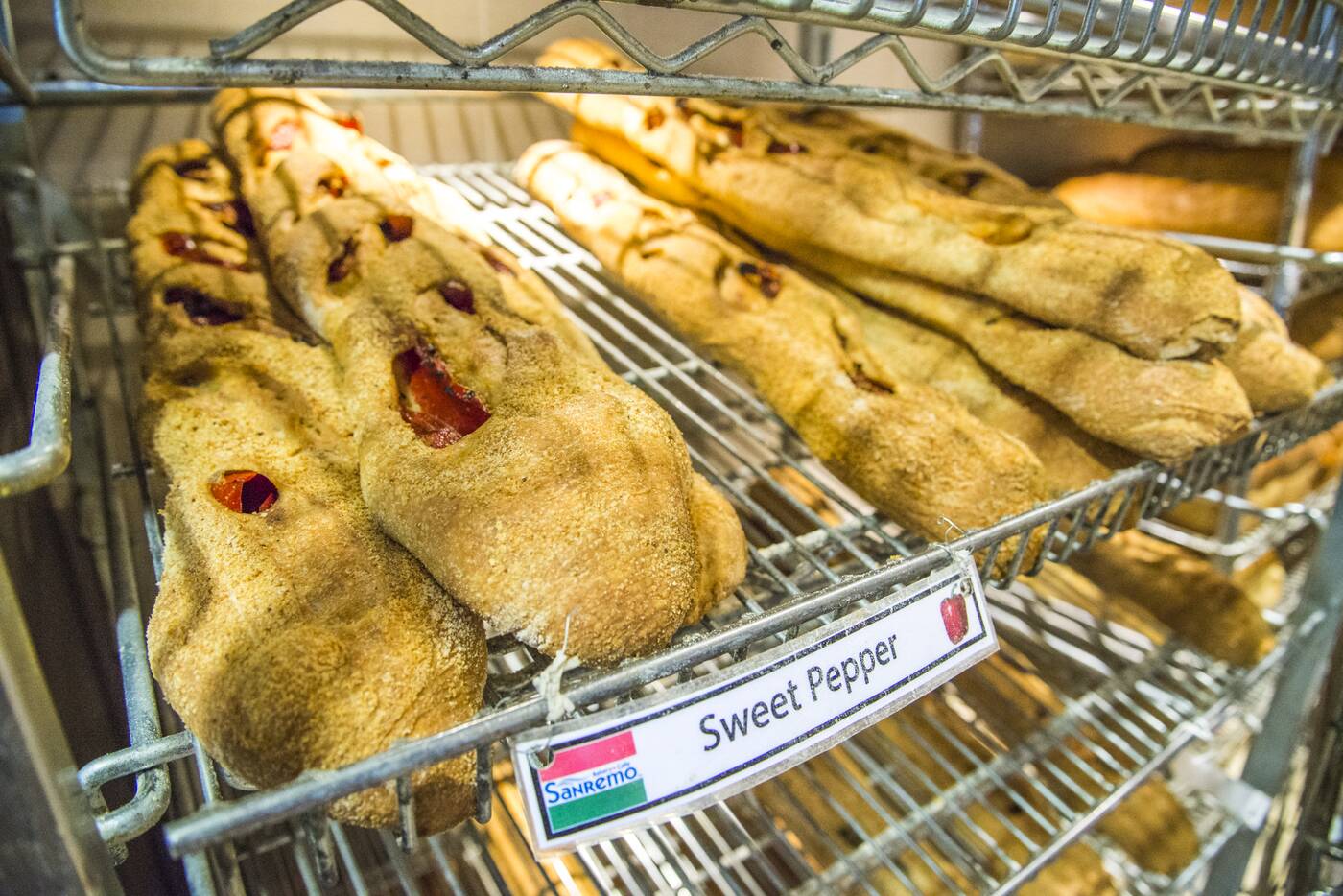 It's not just sweet offerings available at SanRemo Bakery. Photo by Hector Vasquez.

SanRemo Bakery takes top spot in this neighbourhood for its repertoire of at least 50 house-baked breads. The stuffed Vienna specifically is a wonder, as is the sheer assortment of Italian desserts on display.

Sud Forno is where to get your fill of Italian baked good in this 'hood. The stunning two-level location near Yonge and Temperance is known for their signature pastries like puffy sugar-dusted bombolone.

Harbord Bakery is an institution in this area having been in business since 1945. The Jewish bakery is the place to get a challah or festive specialties like sufganiyot at Hanukkah or apple cakes for Rosh Hashana.

Bunner's gluten-free and vegan bakeshop offers everything from breads and savoury pastry pockets to sweet tooth-satisfying cupcakes, butter tarts, doughnuts and more. The thing to get here is the cinnamon buns, best had early in the day fresh from the oven. 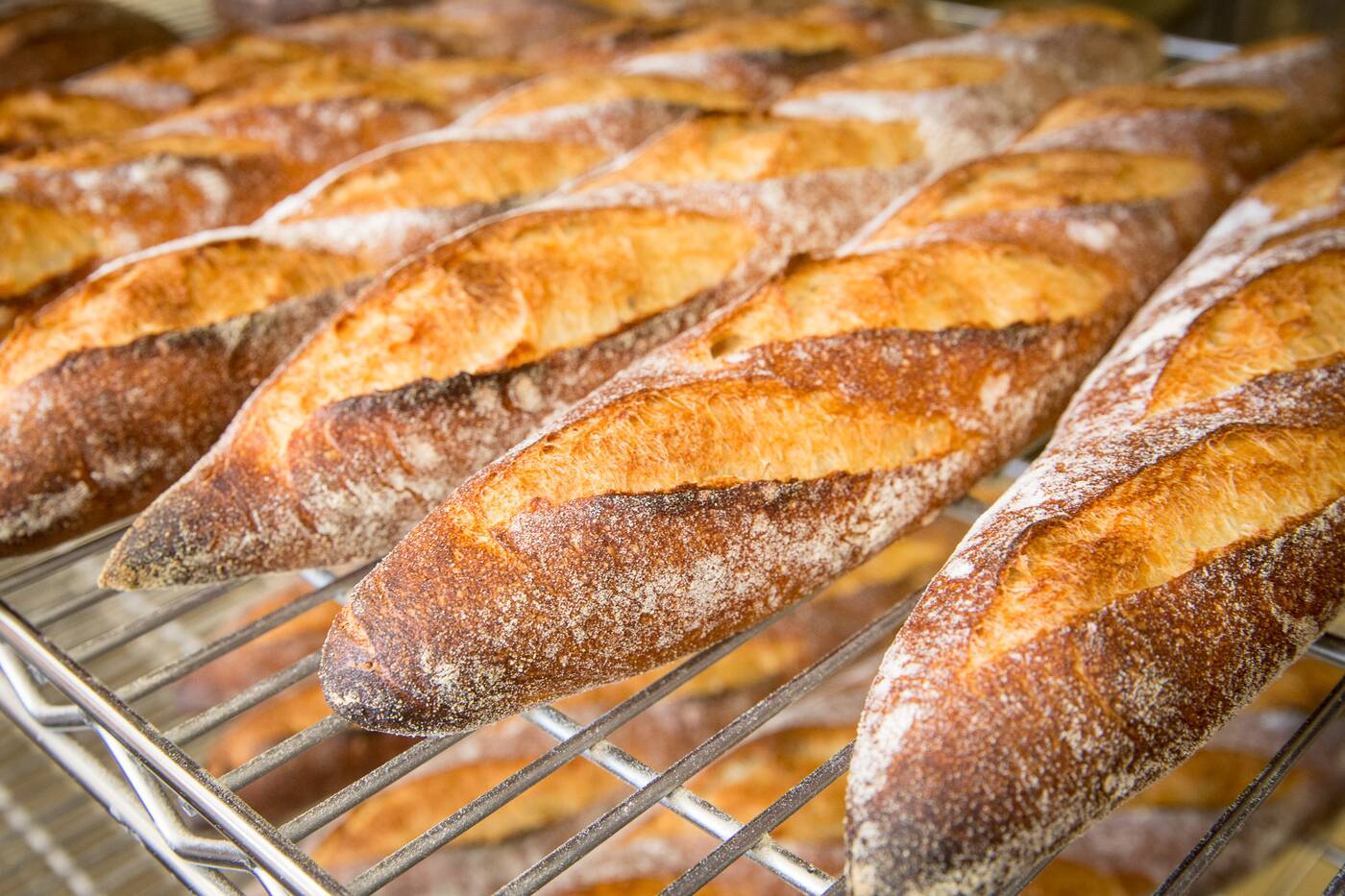 Blackbird Baking Co. is the local favourite. One taste of za'atar sprinkled focaccia or the delicious ploughman loaf is pretty much all that's needed for the unconvinced to convert.

Forno Cultura is a subterranean Italian bakeshop that beckons me in every time I pass. Brioche loaves, semolina sourdoughs, and a vast assortment of biscotti are among the daily offerings.

Hodo Kwaja isn't just a Korean bakery, it also puts on something of a show when they fire up their elaborate walnut cake machine. Find Korean pancakes and madeleines here as well.

Rahier has been a mainstay on Bayview for almost 20 years earning a reputation for luxurious mini-cakes, tarts and macarons.

Bobbette & Belle has special occasions covered with beautiful cakes and sweets for custom orders. Walk-ins will find delectable indulgences too, including cupcakes, cookies, macarons and other seasonal confections. 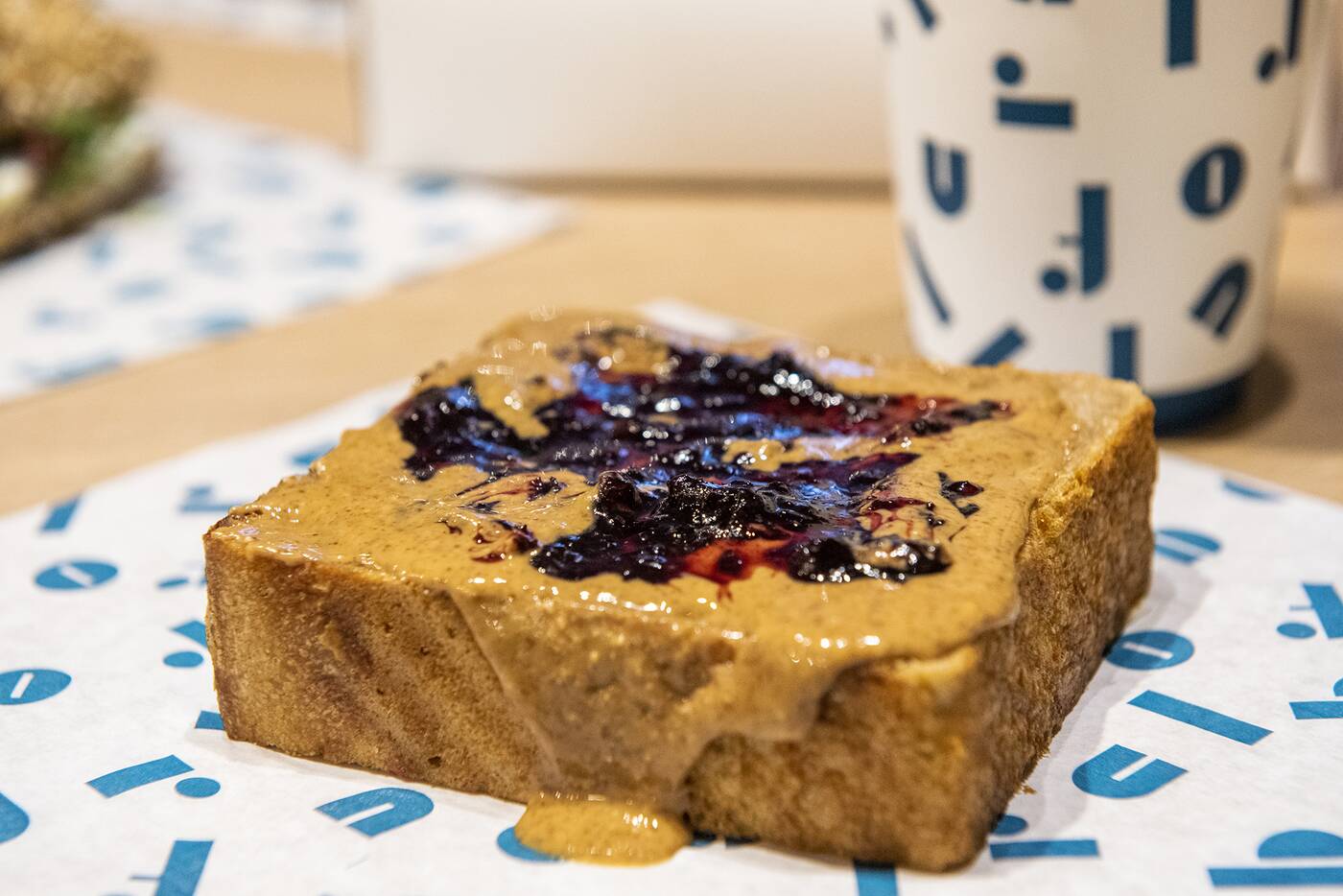 House baked bread is used to make toasts and sandwiches at Brodflour. Photo by Hector Vasquez.

Brodflour is an artisanal small batch bread factory that bakes loaves using flour that's milled on site. You can also get a variety of toasts and other baked goods here.

If you love the colour pink, you'll be besotted with pretty bakery Bonne Nouvelle, which sells Korean-influenced baked goods and surreal pastries that look just like fruit.

With so many excellent Italian and Jewish bakeries in this area, it's a tough call to pick a favourite. Grodzinski Bakery being one of the city's best destinations for challah is as deserving as any.

Bang Bang has a dual focus as an ice cream shop and bakery, and you can enjoy the best of both worlds in the form of signature ice cream sammies. Other delicious baked goods include treats like profiteroles and macarons. 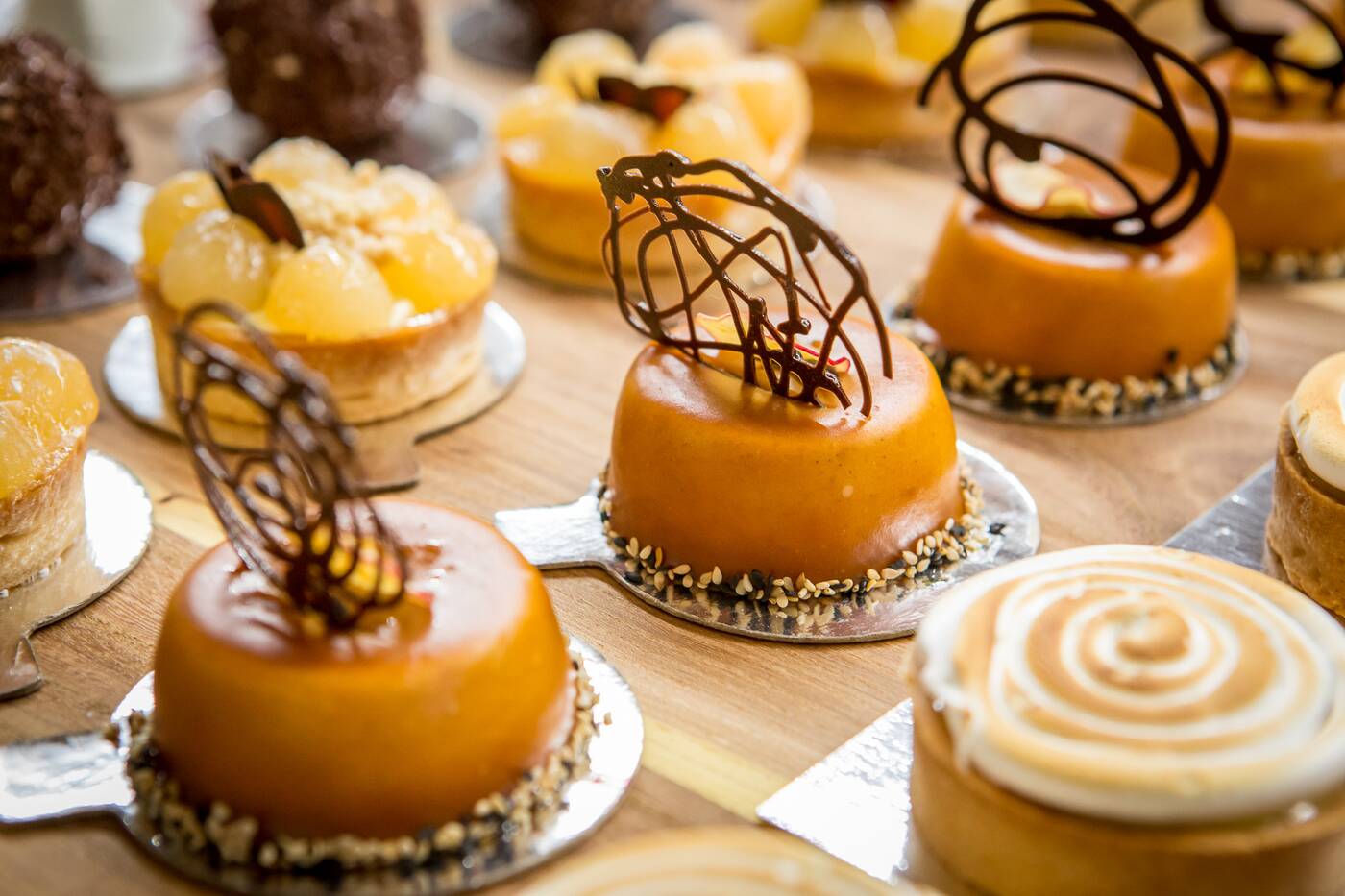 The hardest decision at The Tempered Room is picking which dessert to eat. Photo by Jesse Milns.

Bakery cafe The Tempered Room excels in all things baked and delicious. Inside the display cases, everything from freshly baked croissants to exquisite mini-cakes and pastries can be found.

Serano's is a European bakery and market where Greek pastries, breads and custom cakes are among the specialties. Satisfy your sweet tooth with trigona, phyllo triangles slacked in syrup and piped with cream and nuts.

If you love eclairs as much as I do, then a visit to Nugateau is in order. They are the first eclair-only patisserie in Toronto, and the delectable treat is offered in flavours like Japanese Matcha, Brazillian Coconut, Tahitian Vanilla and Maple Bacon, to name a few.

The most beautiful brunches of bostocks, croissants, coffee and chocolate can be had at Le Beau Patisserie, which is just as pretty as the pastries in the display case.

Mabel's homestyle offerings are plentiful, including everything from rustic breads, cookies, pies, cakes and all sorts of prepared goods made with an emphasis on natural and organic ingredients whenever possible. 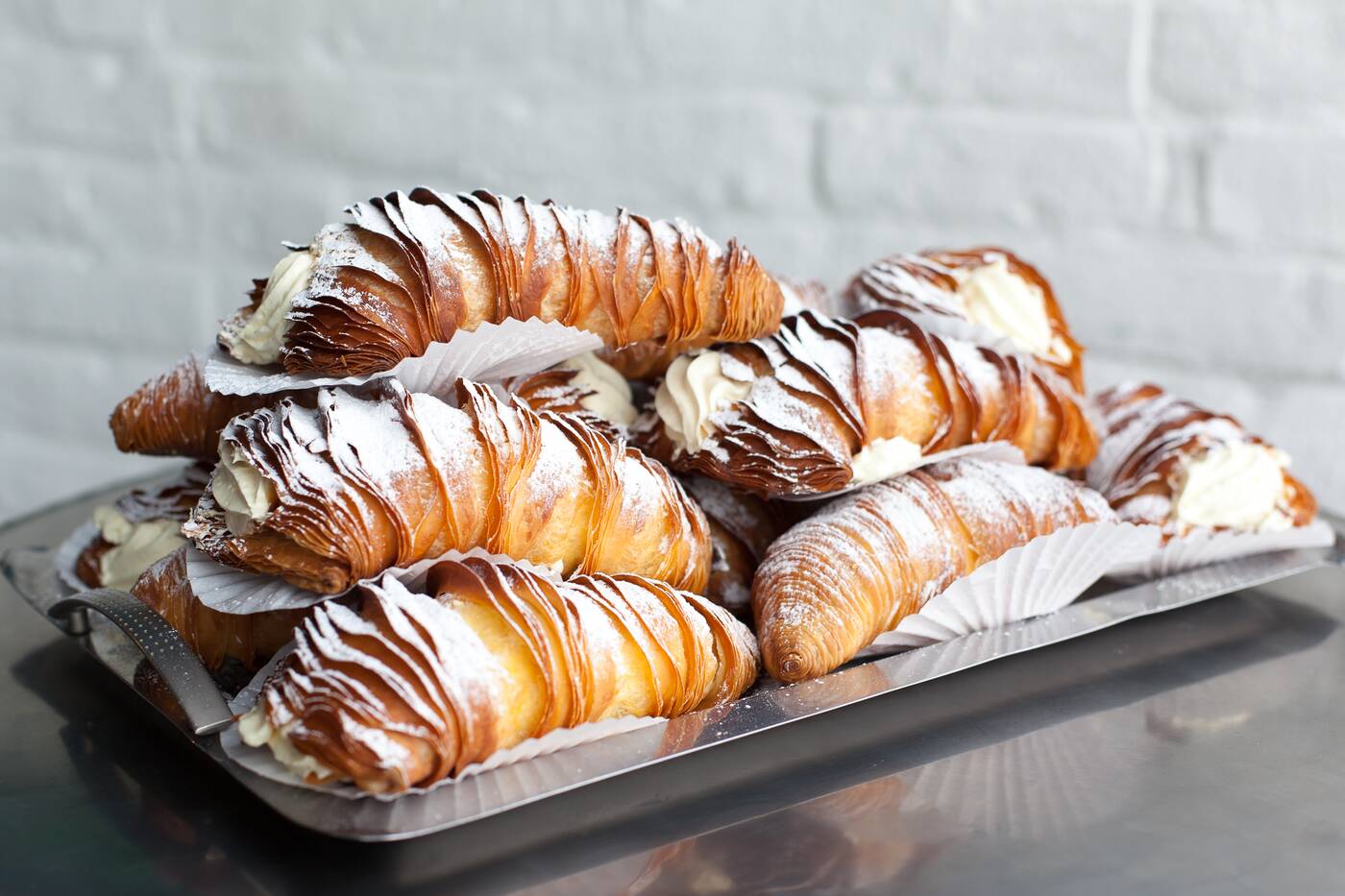 Lamanna's Bakery beats out other bakeries in this neighbourhood for its sheer selection, including traditional Italian baked goods like Sicilian cassate rolle and cannoli, plus wacky inventions like Eggo maple cream cheese cupcakes.

The most epic sufganiyot can be found at My Zaidy's Bakery in varieties like Boston cream, caramel and raspberry. They also do bagels, cookies and latkes.

If you've never had a Nadege Patisserie macaron, have you ever really lived to the fullest in Toronto? The shop specializes in the French treat along with other French classics.