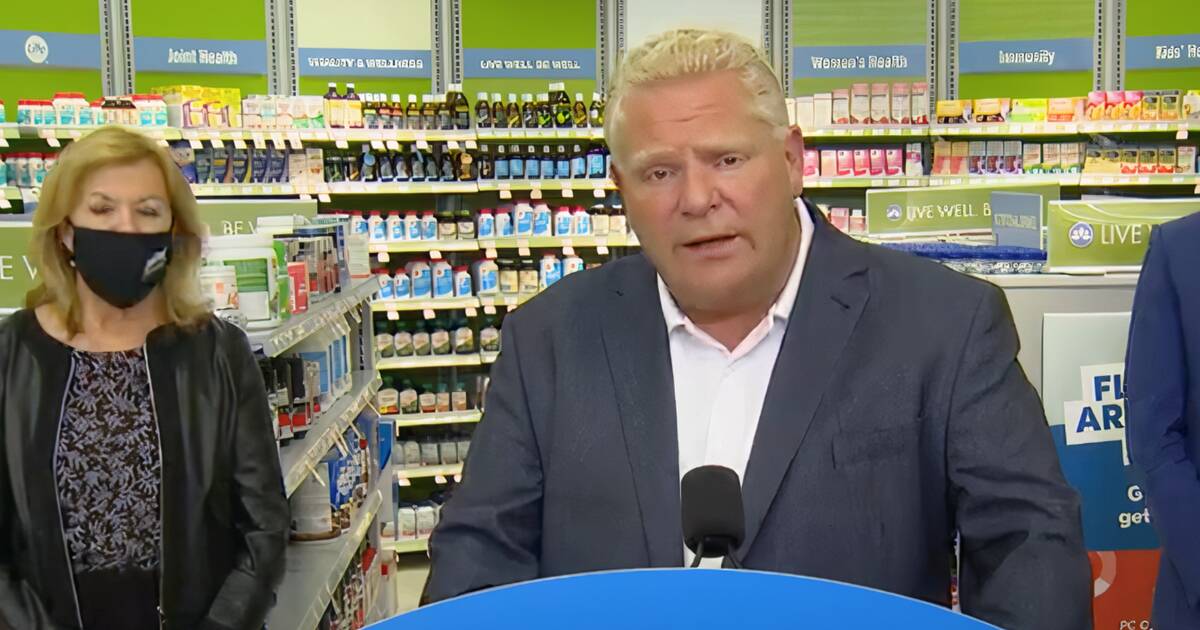 Premier Doug Ford said the absolute last thing Torontonians want to hear during his daily press briefing Wednesday afternoon, and it has some of the city's most die-hard residents up in arms.

The premier was in Huntsville making an announcement about new COVID-19 testing at 60 pharmacies across the province when he made the statement, and he said it in response to a reporter asking why he chose to hold the press conference in the Muskoka town rather than Toronto.

Now if this statement has you questioning your very identity as a Toronto resident, you're likely not alone.

It's no secret that those who live in Toronto do, in a way, believe the world revolves around the city. It is, after all, the most populous city in Canada and one of the biggest in all of North America.

For the record, the world DOES revolve around Toronto.

Even Ford himself both lives in and governs from Toronto, which he openly admitted Wednesday afternoon.

"I love Toronto, I'm a resident of Toronto, but the world doesn't revolve around Toronto," he repeated.

"We're up here telling the people of the north we're here for you."

But despite Ford's declaration of love for the other parts of Ontario, the reporter that asked the initial question was quick to point out that today's announcement includes just one pharmacy location in the entire Muskoka region.

The Shoppers Drug Mart located at 51 King William St. in Huntsville is set to provide the service, but the vast majority of the remaining pharmacy locations are in the GTA and in Ottawa.

Some Toronto-based Twitter users have also aptly pointed out that Ford's supporters mostly come from the more rural parts of the province, so making such a statement about Toronto is certainly a strategic move coming from a premier that's essentially been campaigning throughout Ontario amidst a global health crisis over the past couple months.

Yeah, but his voters aren't there. He knows where his bread is buttered.

So while Ford may have offended more than a couple Torontonians in his speech today, it remains to be seen whether the statement will actually gain him any brownie points from voters by the time the next election rolls around.